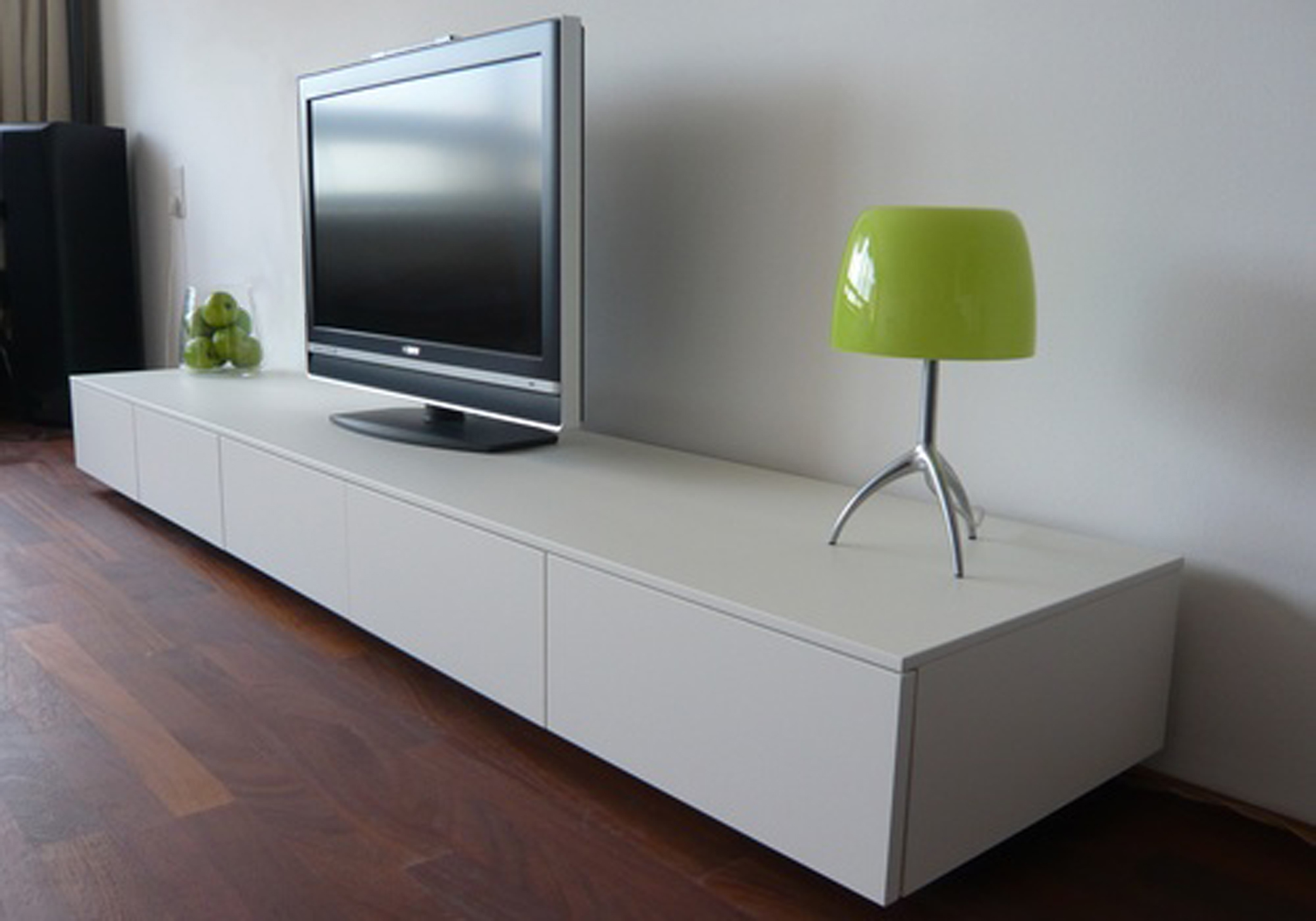 One early morning in Japan, Rukka Kimochi woke as she heard coughing not too far from her room.

She said, “Well that could be Shara, maybe he’s sick. I’ll go check on him.” She jumped out of bed and ran to his room and yelled, “SHARA, I heard you ….oh, you’re still asleep.”

Shara fell of his bed because as Rukka yelled his body was shocked by the sound of her voice. Shara ended up bumping his head and said tiredly, “What was that all about? You do realize you don’t have to scream to get me up.”

Rukka said, “I thought you were the one coughing. If it wasn’t you then who was it?”

This time, they both hear the coughing and are a little scared. “There’s nobody else here except you and me. It’s unlikely November and October would be here.” Shara said with a shaky voice.

Rukka walked out of the room and ran to the living room. Then she screamed and ran back into Shara’s room as she slamed the door and locked it.

“Shara, you may not want to go out there cause what you’re going to see can’t happen in real life! Don’t take the risk.” Rukka said as her whole body was shaking from fear.

Shara opened the door and the TV that was coughing said, “Don’t be alarmed….”

Shara slammed the door and he said, “Rukka, me and you have to jump out the window and go live somewhere else.”

Rukka said, “OK! How about we move to Honshu, Japan.”

Shara said, “Well, that’s a possibility we can figure it out once we are far away from this neighborhood.”

As they walked over by the window getting ready to jump out the TV was sitting there in mid air as it said, “You two don’t have to run from me! I’m your best friend and you guys are in the FUTURE!”

Rukka and Shara made big eyes and said, “You can’t be serious! How in all of Tokyo can you speak?”

The TV said, “DID YOU JUST NOT HEAR WHAT I SAID! I AM FROM THE FUTURE! TV’s will be able to talk to people in the year 2100. People can say what show and episode they want to watch and we program it to turn on for them!”

Rukka said, “Well, let me get this straight, you’re telling us that TV’s will talk to people and you program their shows to turn on instantly.”

Shara chimed in and said, “That is the most unbelievable thing, I’ve ever heard of!”

Rukka said, “You’re a mean TV! I hate you for having to wake both of us up!”

She heard no answer from him and she ran in his room and said, “DUDE! GET UP! WE OVERSLEPT! “

Shara said, “I don’t want to get up right now, I still dreaming of a lullaby father sang to me.” in a tired voice.

Rukka’s face turned red like anime characters and she had smoke coming out of her ears as she said, “WHY IN ALL OF JAPAN DO I HAVE TO BE MEAN TO YOU JUST THIS ONE TIME???”

Just then she woke up and she saw Shara looking at her as she said, “Shara, why am I sweating?”

“Oh, you had a fever and I need to take care of you! I remember you mumbling something about a Talking TV!” Shara said a little confused look on his face.

Rukka said, “OK! IT was all a dream! There was never a Talking TV of the Future! Good! I’m safe!”

Outside her window, there was a Evil TV with red eyes and fangs that were bloodly! It had the worlds evil laugh and was going to Kill Shara and Rukka later that night but It never made it because the trash came buy and the trash man took the Evil TV and crushed it up to small pieces!

Shara said, “Is there anything you would like Rukka before I go to work?”

Rukka said, “YES! I want you to bring November and October here after work because November has some cool smoothing Miso Soup that will heal my cold quickly!”

Shara said, “I see what I can do. Good night my sweet angel!” Rukka said, “THANKS!”