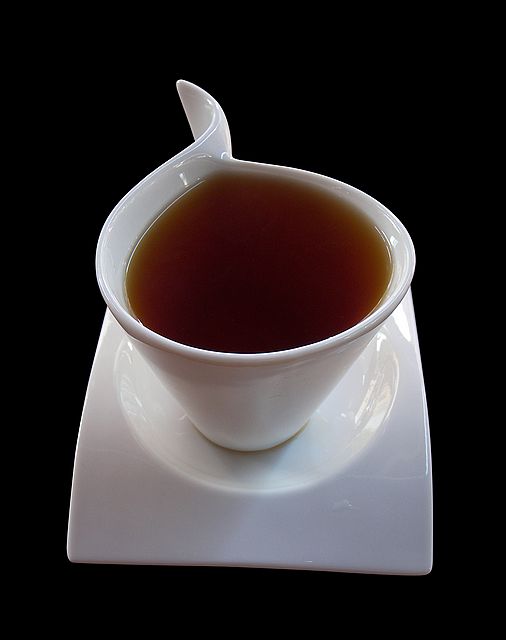 There used to be things like restaurants and bars. Now there were the chemists.

Nick hadn’t known the old days. The golden days, his grandmother used to say. He had heard about them a lot from her, who had heard it from her grandmother. He couldn’t know for sure whether she had actually seen the days when people used to have comfortable chats over a hot, brown beverage. It sounded good, but Nick couldn’t remember its name.

Nick got out of the cab into the mild October chill. The chemist was a block away so he broke into a light run. He still had enough time. Now, something warm like that liquid would definitely work wonders, if what he had heard was true. But it was an alien notion; a non-existing one and he could even land himself in jail harboring such ideas. He would be scorned at, or worse, killed.

“Penny for a shot, young man.” Nick halted. He turned around and saw a frail old man sitting on a ragged blanket, holding out his hands. His bloodshot eyes and hanging skin suggested that he hadn’t taken his shot in days, maybe in months. He would die soon. People who didn’t take the shots died in utter misery. He had seen those deaths; horrible, painful deaths.

The man was so old that he would need several shots to put his body back on track. His insides would be squirming by now. One shot would only prolong the misery. Nick handed him a dollar. The old man’s eyes lit up. Yes, it was obvious that the man hadn’t known better days.

Could they have been any better? Nick was pretty satisfied with his high paying job, his four bedroom apartment and his beautiful wife. The world, as he knew it, was good enough. All was well, indeed.

He checked his watch. Five minutes to nine. He had… it took a moment to register the shock. Where had all the time gone? He had just left the cab, and it was more than an hour. Now it was just five minutes. It can’t be.

He felt a tug. Someone was pulling his coat. It was a small girl. In spite of the urgency of the hour, Nick smiled at her. The kid handed him a folded piece of paper. His numb fingers couldn’t feel the texture, and it was an effort to unfold it. His eyes fell upon his knuckles; they were a deep shade of blue. How long had it been since his last shot? Hell, he couldn’t even remember. Those dreadful images came floating by in front of his eyes. But he was no beggar and the chemist was a block away.

The note said nothing. The girl gave him a wink and ran away. Something was odd, but he couldn’t make out what. He looked around. Suddenly the sidewalk, the shops, the brick houses across the road seemed alien.

He started running. There was no time.

He reached the intersection. The signal had no intention of going red. Cars buzzed about like bees. His mouth felt dry. He knew that the shot would correct everything. He wondered what people did in the old days when faced with situations like these.

His eyes fell upon a man standing just across him, on the other side of the road. He was staring at him and grinning.

Then something was over his mouth and he was falling.

Someone was speaking. No, two people were speaking in hushed tones, one of them a woman.

He felt something warm on his face. He opened his eyes; he saw the woman, sitting on the other side of a huge oak table placed in front of him. He rubbed his eyes and slapped his face. The scene did not change. He wasn’t on the street, trying to reach his office. Hell, office. He checked his watch. But there was no watch, just a patch of lighter skin.

“Hello, Nick. How are you feeling now?” it was the lady. She was obviously middle aged, but there seemed a child-like exuberance in the voice. On his immediate right was the man whom he had seen on the street. He was grinning just a moment ago and now he looked as if someone had hit him with a club. Two people couldn’t be more opposite.

“Your wallet told us your name. As to your second question, you’ll know in a while.” said the man.

“Look, there has been a confusion. I need to be at 245, Kimberley Street.” He started to get up, but couldn’t. It was then he came to know that his legs were tied.

“Take it easy. We need to talk.” The man spoke. The woman kept on smiling. Her face reflected genuine concern.

If it was a kidnapping, he knew he should remain calm. Whatever came, he was sure he could handle it. Kidnappings were rare nowadays, another reminiscent of his grandmother’s days. His hands twitched.

“You want money? I have loads of it…”

“Look at your hands, Nick.” The man said, brushing his question aside. Nick now knew that any effort at a negotiation would be futile. These people were the secretive types, having another agenda altogether.

“What did you see?” The question shot up before Nick could put two and two together. He saw that his fingers were normal again.

“This is because of the shot.” Nick blabbered. The lady shook her head.

“Have you poisoned me?” Another shake of head.

“Are you hungry, Nick?” asked the lady, leaning forward. Her eyes now seemed to bore drills into him. And he wasn’t sure what she had just said.

“What is that? Some kind of a joke?” the woman nodded in the direction of the man, as if signaling something. The man took out his cell phone and typed something into it. Moments later, the dark room was filled with blinding light; Nick shut his eyes. Something was being dragged on the floor, something with wheels. And with it came a sensation which he hadn’t experienced in his thirty one years of existence.

The room became dark again, but there was enough residual light left for Nick to make out what had just been put on the table in front of him. There was a plate and on it was a something which resembled a paper cup. Steam was coming out of it.

“I want to go. This is sinister.” Nick found himself saying.

“Of course it is sinister. It is because you have been spoon-fed into thinking that way. You think that everything is going real fine. But that is only temporary. You have to take your shot, don’t you? And you were late for office.” Nick stared in horror at the plate in front of him. Something stirred inside him. A strong nudge from a power which was dormant all this time. His hands twitched.

“Who are you people? What has happened to me? Why am I…” He couldn’t bring himself to say what he wanted to say. Despite his craving, there was something else which was pulling him back. He desperately needed his shot. His hands twitched again.

“We are the ones who are doing the right thing.”

“Come with us, and we will show you what the world once was.” The lady sounded disarmingly convincing. Nick shivered. He desperately wanted to touch the thing on the plate. The sensation was just too strong. The smell. It was a smell. But something kept pulling him back.

“Food, Nick.” said the lady, stressing upon the first word. That was it, Nick thought. That was the reason. So it was true. The stories weren’t stories. They were history.

There was a long pause. The woman sat back and lit one end of something made of paper. She sucked deeply from the other end and let out a thick plume of smoke. She gestured at Nick, offering him. Nick refused, shaking his head vigourously. It was sin.

“Do you know your condition?” said the woman. Her eyes were someplace else.

“I don’t have a condition.” Nick’s hands twitched again. He wanted to hold the cup.

“Yes you have. You and a million others.” She sucked again. The smoke reached Nick and he coughed. “Oh, I forgot. You aren’t accustomed.” She put the rolled-paper thing away.

“You are a slave.” The man spoke in a deep voice.

“No… Please just let me go. It is unbearable. Who are you people.”

“We are just the ones who escaped from the ‘shot’. You see, not only does it give you full nutrition, it also instigates a false sense of utopia.”

The lady talked like god. Her words ringed in his ears. False sense of utopia. He couldn’t remember the last time he had been ill. Hell, he had taken regular shots since he had come to his senses. Everyone around him did so. It was routine. You never tampered with routine.

Yet this lady sounded true. This morning was different. Was the time-difference he had experienced exactly what she was implying. Or was he being careless, not willing to realize that he was late. That all was well.

He shivered. His own thoughts shook him.

“C’mon, drink it already or it’ll grow cold. Let go, Nick.” The lady leaned forward again. It was madness. It was all sinister. Yet, he had to do it. Was it a dream, or a twisted reality?

Nick grasped the paper cup, all his resolve gone in a moment of frenzy. He brought it to his lips, now knowing that it was indeed the brown liquid. The smell was overpowering. It was good.

He took a sip. The name now came to him.