You are here: Home / Science Fiction / A New Element and a Double Agent 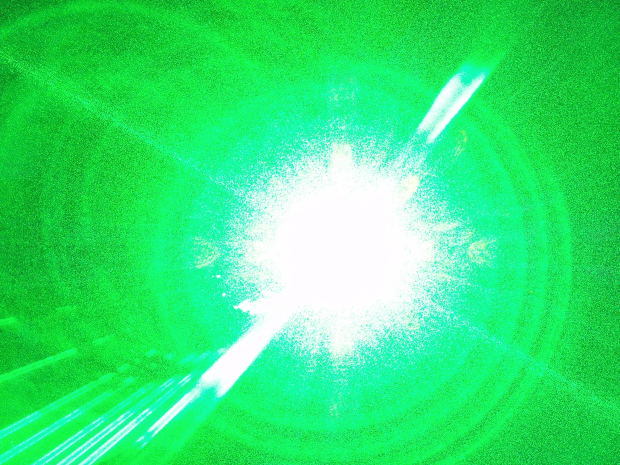 The rain was lashing down relentlessly at the scholarly men in coats at the Jharia coal-fields, lit by huge flood lights. The men were scientists working for the government at TERI (The Energy and Resources Institute) New Delhi, who were assigned the duty of probing the environmental and energy implications of the coal-gate scam. One middle-aged scientist exclaims to another

“Dr. Raj, I did believe while joining, this job would include the perks of air-conditioned office…”.

“Very true, sir, I did believe I would never step out of my office, and yet field-work compels us today…” with a sigh.

Little did the little group of men know that this night would lead to a rather exiting discovery..

Dr.Bhatia, sipping tea behind the coal-masters cabin, reflects the sigh, when the lights go off suddenly. He looks into the distant coal heaps and curses his fate. Suddenly, he notices a flashing light in a coal heap, followed almost immediately, by smoke. In a flash, his brilliant mind comes up with a quantum of explanations for the phenomenon he noticed and one strikes him as an astounding one. Sure, he had heard of the self-igniting coal in Jharia. He stands up and shouts to the young scientists behind him

“C’mon boys, I think we’ve hit onto something.”

One of them exclaims noticing “must be someone smoking or lightning..”.

Dr.Bhatia “There is not a soul around and no lightning. I’m 61 and you sound older than me.”

They move nearer and see pieces of rock burning with a blue flame.

Dr. Bhatia- “I believe that’s not flame I see and that’s certainly not coal. Boys, the rock might be quite heavy.. lets collect samples and get it back to the lab at Delhi. Get that young blood into action!! Leave the field-work to the older men. Lets catch the last flight to New Delhi”.

Dr.Bhatia, ringing up the BARC (Bhabha Atomic Research Centre) from his plush office at TERI, sweating, yet exhilarated. After a few rings, somebody pick up the phone at BARC-

“You’ve reached the BARC office, Mumbai…. Listen, I am unfortunately the last to leave office today.. I’m in a bit of a hurry. So, please tell me if it’s urgent.”

Dr.Bhatia “Yes, it’s quite an urgent matter. I’m calling from TERI, New Delhi. Am I speaking to the head scientist, Dr. Devender Joshi??”.

In reply, “No, but I’m Dr. Rahul Rastogi, the second in command here. You can tell me, rest assured, your words will reach good minds.”

Dr. Bhatia… “Very well, here’s the matter….. Narrating to him the night of the discovery… Dr. Rahul Rastogi, I’ve done a lot of experiments on the sample, and I’ve have quite an astounding set of results. Let me not go into specifics, and let me explain to you the crux of the matter.

I believe we’ve hit upon a new sort of compound that utilizes the nuclear fission reactions in its core, to burn and create a form of energy. I believe, we’ve got a compound that traps the sun’s light and utilizes it to generate more energy that is completely clean and un-polluting. And please believe me when I tell you that the mass of the sample has not changed at all and is unrelenting till it was cooled down to –4 degree Kelvin in an ultra dark room, using liquid helium.

And finally, to sum up, we’ve got a photovoltaic material with and efficiency of 110-140%. Doctor, I need BARC to analyse the nature of the nuclear signature of the element past quantum-mechanics and answer a few questions. I shall not be going to the government without full research. Can you please attend to this very critical problem as soon as possible?”

Dr.Rahul amazed, “Doctor, this thing changes every law of energy resources.. If what you say is true, this could change the future of India. I’m catching the next plane to Delhi with a few colleagues to analyze the sample. I’m going to inform Dr.Joshi about this. And, please donot call me once again on an insecure line.. this is just for office communication. This line might be under surveillance or might have been tapped by foreign energy agencies.”

Laughing to himself, he says aloud “only Dr. Bhatia, you’ve called the wrong person!!”.

He proceeds to explain the conversation he had with Dr.Bhatia from TERI-”  And believe me when I tell you, Dr.Girish Bhatia has quite a reputation. Time to crush India and liberate Mother Russia from the shadow of the United sates. I will collect the sample form Delhi, and rendezvous with you in Russia, send me a jet to my private hangar in Delhi.”

Dr. Rahul immediately calls up a few of his trusted men and cronies at BARC (a few of them double agents themselves., and explains everything he has heard

“Men, as Dr.Bhatia has so kindly divulged the information regarding the new energy source, we need not spare a moment’s time thinking about our commitments here. Let us go back to Mother Russia as her rewarding sons.”

Dr. Devender Joshi, is a 65 year old, brilliant chief scientist and head of BARC, always wearing a suit, bearing the burden of being an administrative head. He was pacing in his office at BARC south-block. He had received a call from Dr.Bhatia at TERI about the conversation he had last night. Dr.Bhatia also informed him that Dr.Rahul and his team had taken the sample from the lab at TERI.

Dr.Joshi listened to the transcripts of the microphone based audio-recordings of the office last night. The truth was, he knew the truth about Dr. Rahul and his team, being Russian double agents. But, he tried to get the better of them or probably make them see good, as they were brilliant men on the job. He had made a bad judgment by the looks of it.

“Old age…..makes us take bad calls” he thought to himself. He had immediately swung into action to prevent further damage in wee hours of the day itself. He called up an old friend in the NSA(National Security Agency) and had sent the finest team of men to Delhi , to prevent Dr.Rahul and his colleagues from boarding that jet. He was just waiting for the call……..

After an hour of pacing, he got a message from Retd. Gen. Raghuveer on his phone..

He finally felt triumph in the air. He sent another team to get the original samples of rock from Jharia Coal Mines – block D9E12. As soon as he got the samples in the evening, he got to work with the scientists at BARC.

A week of quantum-spectral analytics later….

Televised message by Dr. Joshi relayed to BARC and TERI

“Men, we stand on the threshold of a revolution in physics. We’ve discovered something extraordinary. I believe, we’ve found a new element. And this is quite unique and never seen before. It is a self-perpetuating energy source. ‘A source unlike any other imaginable.’ You see, when this element is heated to break the coulomb-barrier, it emits a radiation that when analyzed under spectroscopes, is seen to be more powerful and clean than any other radioactive element.

This energy can be harnessed directly or converted to electricity. It has a nearly zero mass-loss upon emitting energy, disproving E=M*C^2. This element was initially thought to be a powerful and efficient photo-voltaic source by Dr.Bhatia at TERI who discovered it . This has tremendous implications on the Indian economy and as I believe, India’s energy needs will be satiated and India is on its way to becoming a Super-power in the next 2-3 years.

However, I must warn you; this information in the wrong hands can be misutilized. As it is a source of energy like any other, it can be used to create Nuclear Weapons of Mass Destruction (WMD).Also, we must guard ourselves fiercely from our like Dr.Rahul Rastogi. Once again, congratulations to all of the scientists here and our compatriots at TERI. Jai Hind!!!”

“Briefing to the Prime Minister and Cabinet Minister of Atomic Energy at 10:30 am sharp! Get ready, Gentlemen”

3. INDIA RETHINKS FOREIGN STRATEGY (with the Grand-Russian plan under light)

2.INDIA FINDS ITSELF AT THE TOP OF LEAGUE OF PERMANENT NUCLEAR NATIONS

3.THE INDIAN RUPEE: THE NEW YARD-STICK FOR MEASURING OTHER CURRENCIES

*All characters, scientific discoveries made and NSA(NATIONAL SECURITY AGENCY) were created for the purpose of this story and are purely fictious.