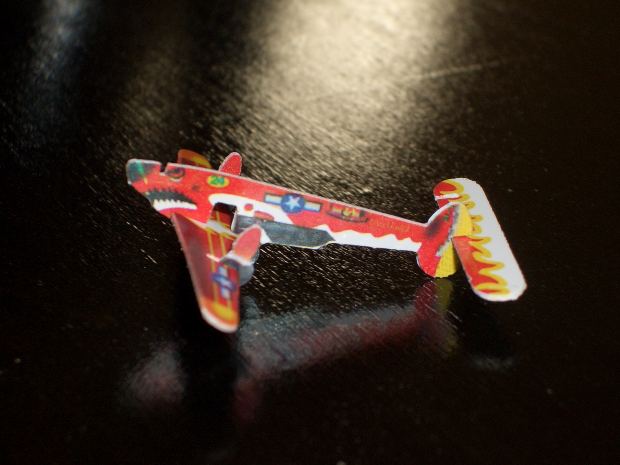 The dragon was flying over a village. He was doing this every day. For villagers he was a god. They worshipped him, but also had a fear that he could attack them. The dragon, however, didn’t pay much attention to villagers. His way of thinking could be compared to a man and an anthill. A man doesn’t find it disturbing until ants get into his garden. And villagers didn’t mind to get into dragon’s land, the forest around the mountain with his lair and the mountain itself. No, not at all! This would be sacrilege.

Among villagers lived Pazur, rather an odd peasant and a weak one. Just because Pazur preferred his ideas for inventions to hard working on a field, he had to put down his inventions on sheets of parchment paper bought from the forest witch for three cats, she needed to some kind of magic ritual. Yes, Pazur was not afraid to get into the dragon’s forest.

Fortunately he didn’t have to work on a field, as his grandfather hired him as an apprentice in his blacksmith’s workshop. When Pazur was not busy with his work, he could focus on inventions.

A long time ago his grandfather mad a kettle. He was proud of his work, and drinking tea during every afternoon break was his habit. Willing or not Pazur had to take part in the ceremony every day. Grandfather was a terribly boring man. However, according to his stories he used to be the most handsome, clever, smart, and talented guy in the village. Monotony of these stories was extremely boring for Pazur, not even considering their authenticity. Boring speech was, however, a good background for thinking about new ideas. It didn’t disturb him at all, and if grandpa wanted to ask about something, then – no worries – he repeated the question several times.

One such a day they both were sitting at the table, waiting for the water to start boiling in the famous kettle. Of course they were accompanied by grandfather’s story.

“If we think about such a kettle… the heat turns water into steam.” Pazur was thinking. “The water comes out at a pretty high speed. Could a huge kettle produce enough steam to propel a windmill?”

It took him over four months to create something like a steam engine. He might have done it about two weeks earlier, but together with the whole village ha had to take part in village mourning. The dragon flew away! Their god left them! Abandoned villagers finally returned to their duties, to everyday life, but they were keeping their heads down for a long time. Of course during this mourning Pazur tried several times to work on his steam engine, but his grandfather had an eye on him, so he did almost nothing.

However, a day had come when Pazur had the engine.

“I’ll add wings, and will be able to fly.” thought he. “The steam engine will allow to wave them and ascend.”

He built a wooden construction of an air vehicle. The steam engine was propelling a wings mechanism. Wings were waving just as birds do. However the air vehicle didn’t ascend even a little.

The trial of starting the air vehicle lasted little more than an hour and completely failed. Pazur was down.

“Hah! I told you that you wouldn’t make it!” his grandfather laughed at him. “What did you want to achieve? Replace the dragon?”

“Dragon?” thought Pazur. “Maybe I could try something else…”

His bad mood was gone, replaced with a new hope. He built a platform with wheels. The act of constructing was also assisted with grandfather’s raillery, and took another three months.

Even though it was easy to build, far easier than the engine, Pazur had much less time to spend on his hobby, as the grandfather gave him more and more new duties just to disturb Pazur’s work.

Pazur mounted the steam engine on the platform and walked into the dragon’s forest, willing to reach former dragon’s lair.

His grandfather came to say him ‘good-bye’.

“I don’t want to see you again; you stubborn, stupid kid! You want to enter the holy forest and commit a sacrilege! You’re bringing shame to my family! Get out and never come back!”

Grandfather was shouting really loudly to make sure that everyone in the village would hear his words. He didn’t want to be excluded from this small society especially in his old years.

Pazur didn’t pay much attention on grandfather’s screams and walked into the forest. It wasn’t easy to push his platform among the trees, but after about fifteen minutes of quite a big effort he found a path, not very wide, but enough to transport his platform with the engine. He passed near the witch hut, and then he was gradually moving higher and higher. After about four hours of exhausting march he was on the top of the dragon’s mountain. He took a small rest, and then looked around.

He was going to make his own carpentry workshop on the top of the mountain. Then he was going to construct another aircraft and try to start from a cliff. He believed that pretty strong winds would significantly help his aircraft to fly.

He couldn’t find the dragon’s nest.

“The beast left the mountain not more than five months ago. The nest should still be somewhere here.”

He found a pretty old, ragged, black waistcoat instead. Inside the waistcoat was a cloth label with a caption ‘Krecik’.

“Krecik? I remember that name… I know! Grandfather told me there was a guy in the village who like me committed the ‘sacrilege’ and entered the ‘holy’ forest. Soon after this, the dragon came, dwelt on the mountain, and was guarding the forest so no one else dared to enter.”

Soon Pazur noticed a cave in the mountain. He entered. Obviously, it was dark inside, but at the entrance he found a torch and matches. Inside Pazur saw big sheets of paper on the walls of the cave. Just the first glance was enough to understand everything.

“So… there was no dragon!” thought he. “Krecik built an aircraft, and he (!) was the one flying over the village.”

He burst with laughing and started studying the pictures more exactly.

“It seems like he was using fixed wings and… what is this?”

He didn’t know how to call an airscrew.

“So Krecik had just built an aircraft and flew away several months ago!”

Indeed, there was neither Krecik nor any aircraft in the cave and around.

The former host of the cave left some food supplies. Jars were stored in a small grotto, in the right part of the cave. Pazur only needed to take care of wood needed to construct the plane according to Krecik’s project. It was quite a hard task, as he had to build a carpenter workshop. He succeeded, but it took him over a year. All carpentry tools were stolen from the village during two nights.

Another two months he spent on constructing the plane. He mounted a great pot in his plane. Despite heavy weight his aircraft was able to fly. The engine worked pretty well. Pazur got into the plane, and made several circles over the village. Down there he noticed small points moving quickly, just as if they were celebrating.

“Yes!” thought he. “They are celebrating the return of the dragon, their god! For sure they are!”

Pazur smiled thinking about naivety of his fellow-countrymen.

“If there is truly some God, I think He must be invisible. I will never believe in a dragon-like god.” thought he.

Also far away, in a large distance he saw another world, an outline of a big city, and he felt a desire to reach it.

“I’ll just make some improvements of my aircraft for such a long travel.”

He didn’t care if the villagers would mourn after loosing another dragon-god.