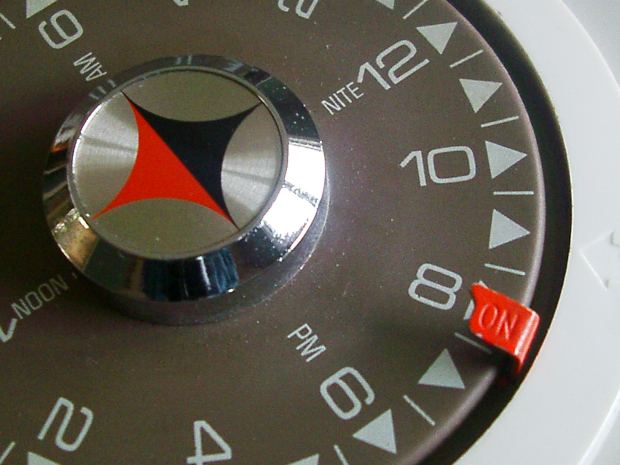 Jacek and Placek, two collage students, found the way of travelling in time. I will not describe, how they discovered it. Probably you know Einstein’s relativity theory, saying that the faster a substance moves, the slower time goes, stops at the light speed, and goes back after exceeding it. However, the same theory says, that it is impossible to reach the light speed. Maybe you also know the results of the latest experiments from the twenty first century. Scientists managed to move some molecules in time. However, they are not sure, if they really succeeded, or it was just a measurement error.

However our heroes, being only collage students, somehow dealt with those problems. They decided to use their invention during holidays, they were about to spent in Italy. Equipped in English-Italian dictionaries, Jacek and Placek traveled to Florence and took a bus to outskirts and travelled further. When they drove to uninhabited territory, they found the dictionary very useful to ask the driver to stop, and left the bus. Not assisted by anyone curious, they decided to face the Italian Renaissance and moved to 1500 AD.

As they looked around, they saw, the surroundings look similar, only there was no asphalt.

“I’d like to propose a kind of competition”, said Placek.

“Let’s split. I go left, you go right. As collage students we have a great knowledge, that can be useful in this primitive world. We can make a career here.

“It’s a deal!”, said Jacek, “ I wonder, which one of us can improve this society more. We will simply go to the nearest castle and present our ideas to the local lords.”

They did, as they determined.

Walking along the path Jacek was looking at the fields, cultivated by peasants. Always one third of each field was grown with grass, not used. Some farmers were using cattle to plough fields, but the others just got the plough pulled by their wives and children.

One event was really shocking for Jacek. He saw a farmer with a wounded leg. Next to the farmer was lying a scythe, he must have hurt with. To remove blood, the man was rubbing his wound with his hand, an extreme dirty hand.

Jacek approached the peasant and took his dictionary, trying to find appropriate words to explain the danger connected with infection. As the peasant was focused on ‘clearing’ his wound, he didn’t notice Jacek coming.

Once Jacek got near, and said ‘Buonjorno!’, the farmer looked at him and screamed. Shocked with meeting a strange dressed man, speaking with a strange accent, he took his scythe. What else could Jacek do, than to escape? Fortunately  he didn’t have to run for a long time, as the aggressive peasant didn’t chase him. Definitely, he just wanted to make him go away.

When Jacek came to the next village, he asked about the way to the nearest town. As his invention was only intended to move people in time, he should be exactly in the location he ‘was before’, in the future. That would mean, the nearest town is Florence.

Of course this time Jacek was more careful while asking about direction and talked to villagers, keeping a 30-meter distance. They pointed him the direction along the road, he had already been walking.

After about a kilometer Jacek saw the riders.

“They must be soldiers, patrolling the area. The nearest town must be quite near.”

Soldiers approached and surrounded him. Later they took him to the town garrison. He had to walk before them, all the time of the journey. Soldiers put him to prison.

Jacek had already spent several hours in custody, when the leader of the guards,entered the chamber.

“What do we have here?”, he asked, “I’ve never seen a person dressed in such strange clothes”, he laughed.

“We caught him during the patrol. This could be some spy or sorcerer.”

“Sir! I am neither a spy nor a sorcerer! I can be very useful to your Lord, as I have a great knowledge.”

“I can see, you even cannot speak Italian correctly!”

“Here is a wordbook, I use to communicate.”

The leader looked at Jacek and then at his soldiers.

“Sir! May we chop him. Recently we had no entertainment!”

“No! I’ll introduce his case to the Lord.”

Fortunately, two days later Jacek was released and Lord assigned him to work as an assistant of Leonardo di ser Piero.

“Would he be THAT Leonardo? Leonardo da Vinci?”, thought Jacek.

Indeed he was, but a romantic imagination of a genius painter, worshipped by everyone, was lost after facing the reality.

“I am illegitimate child of a nobleman and a peasant mother. This puts limitations to my possibilities. I was brought up by a stepfather. Only at the age of five, I came to my real father. I must work to earn money for living. Fortunately, for many years Italian noblemen find my paintings valuable. “

Later they started talking about the science. As Leonardo was about to evaluate, if Jacek would be useful to him and inform the Lord. Leonardo quickly learned, that this young man would be a great assistant.

After the ‘interview’ was over, Jacek pointed a drawing on a wall, showing something similar to a helicopter.

“That looks fantastic!”, he told to Leonardo.

“Well, I have built a prototype recently, but it doesn’t work. I still must recalculate most of mechanical matters.”

“Mechanical matters? It won’t work without an engine.”, said Jacek.

“Engine? What is an engine?”

From one subject to another Jacek presented most of is collage knowledge to the amazed Leonardo. Instead of building a helicopter, Jacek focused on explaining the physical rules of ascending a balloon  After balloon a time has come for a steam engine. Jacek draw a project.

“Do your blacksmiths have technology advanced enough to produce it?”

It took five weeks to the local blacksmith to construct a prototype of a locomotive.

“I understand the rules, that propel this vehicle. It’s incredible! Where did you learn all these things.”, told Leonardo to Jacek during the locomotive ride.

“I come from a very far land. I have learned everything at school.”

“Take me there! I feel like my dreams are coming true.”

The electrics was next in a row. They built a dynamo, but had problems with keeping constant voltage. In the sixteenth century the technology was not enough for Jacek to ‘invent’ the electronics, although he made several attempts toward it. However creating a tube was not possible. Even the best glazier in the city and surroundings was not able to close electrodes in a glass bulb. Of course manufacturing a transistor was impossible all the more.

After Leonardo’s death in 1519, Jacek became his heir, as da Vinci didn’t have a son, or rather he didn’t acknowledge paternity of any of his sons. Jacek got married to a wonderful and rich Italian woman and they lived happily ever after…

A happy end, would You, Reader, say? Not exactly, as my story is not a Hollywood scenario from 80’s. Did you forget about Placek? His adventures were not lucky, as for his ideas, very similar to Jacek’s, he was burned on a stake as a sorcerer or another heretic in a nearby city of Empoli.

Jacek learned about it only a few years later. Although that meant, he won the competition, he was not satisfied with victory… :(