You are here: Home / Science Fiction / The Sorcerer’s Realm 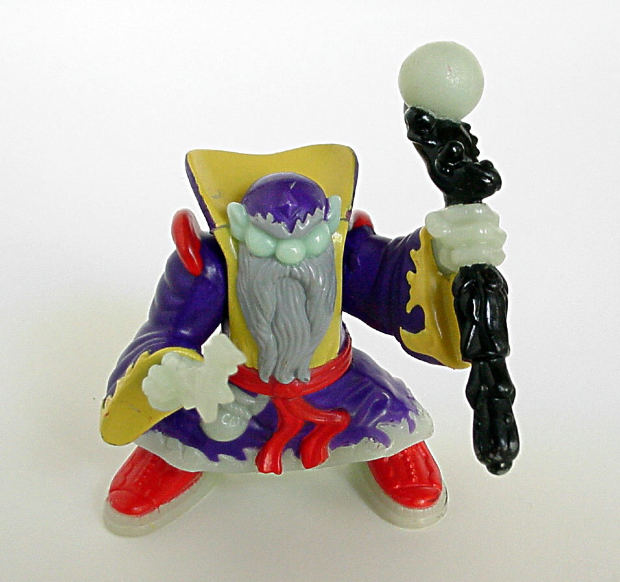 At a table in some cafe in the suburbs of London two men were sitting and talking.

“So you are saying, that all the magic is evil. Despite the intentions?”

“So says the Bible. Either wizardy or sorcery comes from demons. Christian faith is based on trust in God. If you have faith in God, you simply don’t need any magic, tarot or horoscopes.”

Ironger, known in the Earth realm as Roger Iron, liked pastor Martin for his positive way of life, love for his family and engagement in his local church.

Besides, as the reality consisted of millions of realms, sometimes called other dimensions, there could have been also realms for Heaven and Hell. Heaven with the only God, the loving Father, but also the enemy of wizards and sorcerers, the enemy of Ironger the Sorcerer.

Meeting with pastor Martin was over. It was not Ironger goal in this realm. He had to travel to Paris now.

After a night spent in a hotel, he took a plane and after an hour arrived at De Gaulle Airport. He took a cab to Plaisance, to Rue Didot street, and the elevator took him to the 7th floor of an office building,where his company rented an office. The meeting of the management had already begun.

“Monsieur Iron, I’m not sure, if you have read my e-mail, so I will shortly present the situation once more.”, Mr Jacque Durmonte started his speech, “Last Wensday, during your visit to London we have launched our ‘Gold Investment Program’. As we offer a guaranteed nine per cent in our gold investment income against five to six per cent investments in other banks, during the first week we got over seventeen hundred clients, who have paid the total amount over one point two million euro. Now, all we have to do is to buy gold for that money and wait for increasing its price, that you predicted. So, Monsieur Iron, can you tell us now, where you are going to buy that gold?”

“We won’t buy the gold right now. I was discussing the purchase in London. We need to wait for several more days.

“But, monsieur! Some of our clients, I guess almost forty, took a two-week investment, which means it finishes this week. Nine per cent a year is less than half per cent in two weeks. We need to return 101,5 per cent of the invested money to those clients.

“I can see no problem. The gathered funds are sufficient to pay them. Monsieur Durmonte, please trust me, as I know my investment strategy.”, answered Roger/Ironger, “If you don’t have any more questions, I’d like to finish the meeting. I’m tired after the flight.”

Fulfilling Iron’s wish, the meeting was over, although Durmonte as well as the other shareholders of his company were anxiuos with pending bussiness.

In London Roger had met with several owners of corn processing factories, producing cornflour. He needed about 120 to 150 tons of the flour. Indeed, Roger was about to invest money in gold, particularly in golden cornflour.

Two weeks later his order was ready. Roger somehow managed to deceive his shareholders for that time. The corn company needed to rent an additional warehouse to store all the cornflour, bought by Roger. That increased the cost of the undertaking, but he had enough money.

Economists call that a bouncy scheme. People promised to get high incomes, paid money to Roger Iron’s investment bank. Driven by advertisements and commercials, more people had been investing their money. Soon people, who invested in the beginning, received benefits,that came from money of the new members. These benefits caused even more people to join Iron’s investment. At that time, Ironger took all the money and bought a huge amount of cornflour. People have never got their money back.

But at that time they didn’t yet know, they were cheated. Roger came to England to receive his order. Even though the corn company management staff tried to persuade Roger, that such huge amount of goods should be divided and shipped in several transports,he neglected, it should go in a single shipment. In the result, they decided to use a train instead of TIR trucks.

According to Roger’s wish, the train was about to do south east, towards Dover. Roger alsoextorted, that he must travel with locomotive driver.Soon the weather became windy and it started to rain.

Ironger opened the portal to another dimension. It was a kind of tunnel about a kilometer long. Along that tunnel one world was gradually turning into another. The atmosphere contained less and less nitrogen and oxygen. Driver found it difficult to breathe.

After driving about eighty per cent of the tunnel length, the locomotive driver started to suffocate. Also the engines stopped, as the combustion was not possible. Soon driver was running in panic to get some air, but finally he collapsed in death.

The train crashed with impetus in the new world. However before that happened, Ironger safely jumped from the train.

He closed the portal. The tunnel was narrowing and soon was gone. A great rumble of the train accident alarmed orcs. Soon orcish squads were coming to the site of the accident, one by one.

Ironger was surrounded , which did not worried him at all, as orcs were following his plan.

Ironger, who looked really weird in his suit, now dusty after the accident, quickly took a piece of metal, which was some part of locomotive body and put some flour atop. As he spelled an incatation, the flour burned.

Terrified orcs escaped. Some fell on the ground in fear. Ironger became their god.

Every legend contains a seed of truth, says the proverb. Orc shamans knew magic, but only in a very primitive form. All the magic was closed, trapped inside a crystal, hidden in The Old Mountain.

“If the crystal is really magic, it should withstand an explosion.”, thought Ironger.

As Ironger didn’t know the orcish language, he used mimics to show his believers, that they should transport the intact containers from the train to The Old Mountain, and collect the flour spilled from the containers, that were damaged during the accident.

The massive, muscular rocks of the mountain stouthly stood over the surrounding desert and dominated it. After two weeks of a great orcish effort, the base of the mountain was surrounded with containers. Despite the majesty of the mountain, a simple spell caused, that it exploded.

Using gestures, Ironger showed orcs, they should check the remains of the mountain, lookinfor a crystal, but they were so terrified with the blast and rumble of the explosion, that one one made a move.

It was not hard, however, for the sorcerer to locate the crystal. Once he took it to his hand, he felt a great power flowing through him. He possesed all the power of the Orc World. The crystal also dealt with communication problems, which Ironger had with orcs. Now ne could speak directly to their hearts.

Orcs built a wonderful palace for their god, but the master seldom was living there. He proclaimed the government to deal with orcish economy and other problems. He prefered walking through new worlds, visiting new realms in other dimensions, and the crystal gave him new abilities in that domain. There was a great curiosity and necessarily, he wanted to visit all dimensions-realms in the reality…

As the crystal gave to Ironger full knowledge about his realm, he knew it was different to Human Universe, containing planets, gather in star systems, that formed galactics. The Orc World was a single surface, infinite and everlasting.

It took Ironger several months to find a similar realm. It was inhabited by green goblins. The atmosphere must have been similar to the Orc Realm, as cornflour burned only with a bit smaller flame. Also the structure was similar – Goblin Realm was an infinite surface.

Unfortunately for Ironger, goblins had already known the fire, and didn’t mind to recognize Ironger as their god.

The sorcerer made a plan of invasion. The Ministry of Propaganda in the Government of the Orc Realm prepared an information campaign, and the Ministry of War formed an army, and organized trainings. Ironger wanted to unite both worlds. Of course, under his rule.

When the day has come, the sorcerer gathered the orcish army and used magic to open the portal – a corridor to the Realm of Goblins. Once the tunnel was made, Ironger used the power of the Crystal to enlarge it. The tunnel was broadening gradually and quickly both realms were united.

In fact at that moment, an average orc could have deprived Ironger of the power, as he was exhausted and could not defend. Bout nothing like that happened. Eyes of the orcish warriors were focused on a new world before them and soon the swarm fell down on surprised goblins. The resistance was very little.

Having both worlds united, the sorcerer improved his magic skills. That allowed him to travel to the new realms, he wasn’t able to do before. Always he was driven with passion for knowledge and discovery.

“One day I will find and invade the Helm Realm, described by pastor Martin.”, he thought, “as people suffer in that world, I’ll bring them peace and salvation”.

The sorcerer didn’t know however, that Heaven and Hell are spiritual worlds, not physical realms…