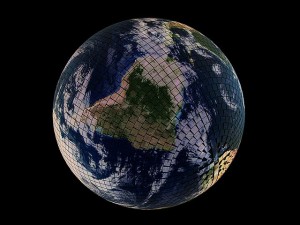 The spaceship tore the air as it descended into the dwarf planet’s atmosphere, the sun sank below the horizon.

“we have been cleared for landing in the planet, commander.”

“east quarter , zelton bay, 146th arena ,port 7 as been allocated for us” replied the young man, still fixing his gaze upon the control panel

“so nathiran, atleast now will you tell me why” said the young man as he turned to face his commander

Shaking his head in disbelief , he rose from his chair and put up a more serious tone “there is a war brewing out their “ he pointed towards a random direction as he said so “the vyoman’s have declared war on us… they might attack any of earth’s 7 colonies at any moment… you and your troop of soldiers are supposed to defend  one such colony ,planet rikta, remember?” he said with an hint of sarcasm,and then continued “I never questioned you when you asked me to accompany you,but I don’t understand why we are flying to this rock of a planet out of the war zone”. There was a  brief pause filled with awkward silence ,and then he continued again “you might be the youngest commander in earth’s history ,but you were my friend  before you became that .i cannot question my orders from higher authority but as a  friend I’m asking you…what are we doing here mate?”

Nathiran broke his silence and gave a wry  smile ,and then he spoke in a soft hushed tone “I can understand your curiosity yashwanth. i was merely waiting for the right time for explanation

“this seems as right a time as any” said yashwanth

Nathiran continued “in order to make it more understandable I have to recollect a few events from the past two years.as you known ,a man from our planet earth discovered a new planet two years back.it was rich and abundant in natural resources . earth rightfully claimed it as one of its colonies and named it kepler-35b “

“yes, I do remember that “ nodded yashwanth

“but the vyomans didn’t appove of it . they put forth a counter argument that kepler-35b inhabits animals and other lower beings which closely resembles the common cattles of  planet vyoman ,both genetically and physically. They now claim that kepler-35b biologically relates to vyoman and by which it should be declared as one of their colonies”

“their claim isn’t bad either “ yashwanth interrupted “I mean, if kepler-35b as almost the same kind of life form as vyoman ,then both planets are related .but then again,we discovered it first. In order to obtain unbiased judgment, a third neutral party as to proceed the case

“exactly” nathiran pointed out as both men took their respective seats “that’s  why the hundred and eight major races along with humans and vyoman’s  formed a governing body known as “ united galactic federation “ which functions much like the UNO in earth .  UGF took up the case and announced kepler-35b as a neutral zone and that none shall claim over it  until the judgment as been passed . two days ago something  terrible happened ,something that plunged us all into an inter-galactic war much like the world war in the ancient times of earth”

“ an unknown terrorist organization as destroyed the planet kepler-35b to fuel the hatred between earth and vyoman . the UGF’s  guardian ships arrived late and the terrorists escaped in their battleships ,but the vyoman’s refused to believe that it’s the work of terrorists and blamed it all on us for destroying the planet, unable to digest the rumours of possible victory for vyoman’s  . Since  the terrorists escaped, we didn’t have sufficient proof to prove them wrong . now all we need is an evidence so that UGF might support us over vyomans”

Nathiran begun even before he finished his sentence “this morning I received a message from my twin brother ,he is one of the most prominent scientists working for UGF… he said his recent invention will help us stop the war…he said he as a plan which  should  only be secretly executed… I was supposed to come alone…  but I brought you with me coz I trust you “

Yashwanth spoke “ but how….we are hours , maybe even minutes away from war. I can hardly think of any possible solutions your  brother might come up with”

“ask me no further, for I know none above what I told you . I am as curious and inquisitive as you are” at that moment  the  AI control system blared out the landing announcement . the two men regained their controls and carefully maneuverd the spacecraft to a smooth landing .

yashwanth turned towards nathiran “whatever your borther’s plan might be, I just hope they are good enough to invest precious time upon”

they exchanged a quick glance while the spaceship touched down.

The profound complexity and the astronomical level of impossiblness nailed nathiran and yashwanth to the floor. They were awestruck by the mere scale of the plan that the entire plan itself took  a while to sink into their heads .

“this was excpected” the twin brother muttered under his breath as he went and slouched in his chair.

Nathiran spoke again ,now with a clear voice “abiran, come on you have to be more clear than that,we don’t have much time “

Abiran sighed and then proceeded “ there is a parallel universe for every possibility of a situation, see for example consider  a situation where you ,while walking along a road in the woods come across a  cave .  at this point two possible situations may occur

One, You enter the cave and get killed by the lion inside

Two, You ignore the cave and take  a different path
now, say for example in  our universe you choose to ignore the cave but in another alternate universe you walk into the cave foolishly and die  . like this there are a number of possibilities for every situation and therefore each possibility occurs in its own universe

Yashwanth frowned and shook his head “go on”

“so there are are infinite number of universes where you and I exists but  living under different situations and living different lives. There might be a poor you in one universe and  a dead you in another . you might not even have reached my home yet in some other universe.

Nathiran was processing it all in his mind “ok I get it” he lied   .” there is a universe for every possibility of a situation”

“now for the actual plan” abiran spoke softly, seemingly  unaffected by the gripping tension of war.” By what you said, the   UGF troops arrived later which subsequently lead to the escape of terrorists . but there is another possibility where the troops might have arrived earlier ,thereby stopping the terrorists. I recently invented a special spaceship which could open portals to alternate universes. With that we shall travel to that universe and stop the terrorists and bring them here and produce them before UGF

“the terrorists wont even know we are from a parallel universe and the UGF or any others doesn’t have to know about my  portal-ship.. we have no time to waste. I have tracked the path for the alternate universe…we have to get there before the UGF troops arrive  ”

A series of loud noises and metal clang burst into the room  .  the  AI security system gave a warning alarm about  unauthorized intruders

Yashwanth tried to explain “we came closer to a vyomen colony on our way here . some vyomen soldiers mistook us for spies and chased us. We thought we lost them near an asteroid belt ,but they seemed to have picked up our trail “

A point of nothingness in space cleaved and a massive vortex of a  dark substance spiraled and grew  ,through which a spaceship emerged and headed towards kepler-35b

The space ship carrying  abiran ,yashwanth and nathiran sailed towards the  planet. Nathiran started explaining the plan “ok , from now on , it should be quite easy for us. There are only two terrorist ships and there should not be more than two in one ship. With our advanced battleship ,it should be easy for us to ….”

The twins turned towards the direction he pointed .there they saw a similar ship like theirs attacking the terrorist ships .the battle was already nearing its end. The terrorist ships took a massive hit. There were clearly some negotiations  going on between the  two parties. The terrorist ,seeing that their ship could not take another hit like that ,gave up the fight and surrendered. They were captured in a special space-pod and locked inside  the look-alike ship . then the ship opened a portal and vanished into thin space

“ do you care explaining to us too” yashwanth spoke in an irritated voice.

Abiran begun to explain as he crouched forward in his chair

“when we planned to travel to this universe and abduct the terrorists ,two possible situations arised as a consequence and therefore two universes

One, universe were the plan becomes successful and the other where it fails, the ones you  just saw are the abiran , nathiran and yashwanth from an alternate universe who have just now executed the plan successfully , hence they belong to the first possibility which leaves us to be the 2nd possibility where the plan fails and war is never stopped in our universe

Abiran nodded . a brief silence and immense disappointment filled the air .abiran started a portal for their journey back home

The ship neared “rikta” one of the earth’s colonies . nathiran could see an array of battleships floating in mid-space , all locked and loaded with sufficient ammunition, waiting  for his command. He could also see hundreds  of enemy ships approaching them . he gave a series of high pitched orders to his soldiers from his command module. Yashwanth disengaged from nathiran’s ship in his own battleship and joined the array of soldiers

“I couldn’t believe after all we have tried, we still couldn’t stop the war” abiran distracted nathiran “if they attack us ,then other planet races which have allied with us will attack them and their allies  will attack us . soon most of the major  planets will all be at war, an inter-galactic war . we are weaker than the vyoman’s ,we might lose.

Then  nathiran spoke “if at all millions of  years of evolution and history as taught us something ,it is that the size of an army  never shifted the balance of war . to die defending your cause is more honourable than running away from war. Our universe might have fallen under the possibility were war was never stopped but I believe that it also falls under the possibility were we win the war.”

“fire everything you have got, fight for our women and children, fight to defend the honour of human race, fight to see the dawn of tomorrow”

With maximum thrust the hundreds of battleships moved forward  to meet the enemy ships head on . and so begun the greatest war the universe has ever seen.