You are here: Home / Social and Moral / When there are evil and value both…- Short Story Moral Lesson

[When there are evil and value both-Short Story Moral Lesson] 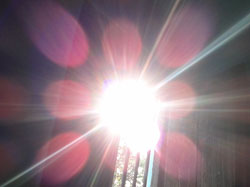 When there are evil and value both-Short Story Moral Lesson

“Money is the root of all evils” was very well understood by my elder brother Nikhil but with a small qualification, “but evil can be ploughed in welfare of human being”. Perhaps this is the reason why he tamed the evil to improve quality of life of people in remote hills area while keeping the evil away from him.

Unlike his grandfather, Nikhil went to school, walking 6-8 kilometres everyday in quest of knowledge. Since his childhood he has seen the dearth of infrastructure especially in remote places like his villages. He remembered drought in his villages that affected whole denizens: there were no harvesting for many seasons, farmers forgot Holi and other festivals, one had to travel around nine kilometres to bring water, cattle were dying due to never drenching thirst, and graze-yards were turning in graveyards. Something had to be done to save villages. Nikhil was involved along with his father and grandfather to fight this calamity. They established a cooperative organization called Sukha Samiti that used government fund and help along with villagers’ money and resources to drill dried earth to find scarce water. It was a small but life saving efforts from the trio. Nikhil forgot all his painful and backbreaking experience when he saw ray of life in form of water stream that came from first drill of Sukha Samiti. He felt further gratification when his efforts started paying blessings of thousands of villagers. Perhaps this prompted him to become civil engineer and earn more blessings by engineering development in rural areas.

Although devastating drought that lasted more than two years and during which philanthropic involvement in governance of Sukha Samiti left no money in family, his father did not allow Nikhil’s study to be affected. There had been sequence of events that put family in heavy debt. Lands had been limited to hardly fulfil grains consumptions of family. Sukha Samiti became profit making but only to villagers. When Nikhil became engineer in XWD (name changed), he very well knew the need of urgent and significant inward cash flow to overcome monetary problem of his family and to provide a comfortable and decent lifestyle to his parents and other family members who had, by that time, stopped buying new clothes even for such festival as Diwali and Holi.

In XWD, Nikhil first assignment was development of infrastructure in remote hills area. This project was a “dream project”. On one hand it gave him opportunity to fulfil his ambition to develop infrastructure in remote area, where personally he had seen desperate need to improve the quality of life. On other hand, he had understood the rule of game in XWD and this big project also meant enormous money flowing from private contractors in return of approving inflated claims for uncompleted or poorly completed works. Showing possible damages of the work due to poor weather and sporadic land sliding on hills was always safety net in case of audit. Nikhil had to decide: value or money.

In XWD, an engineer needs hardly any salary as long as he works on “profit making” infrastructure development project on which Nikhil was working. But Nikhil did need his salary to send some help to his family. In fact, he had only his salary and nothing else because he chose the first option — to live the values he learnt and inherited from his grandfather.

Project was quite interesting but perspiring. Nikhil had to visit many villages at high altitude. The quality of life of those innocent villagers was no easier than that of life of his villagers during drought period. Women had to mountain every day 4-5 kilometres to fetch the water from some seasonal or unknown source of small falls. There were no toilets and villagers had to go out of their small village for a natural call. In night it posed threat of wild animal and venomous reptiles and arthropods. Nikhil’s project unit was welcomed and very well accepted by villagers. It was not only meant for improving quality of life but also providing employments to locals. Overall he found his job as kind of job he dreamt. But where is money, there is evil. And where there are evil and value both, there is fight. And unlike our bollywood movies, evil prevails. Unable to buy Nikhil’s honesty and shaken by “damages” caused by it, contractors appealed the loyal supreme who called back Nikhil to zonal office and assigned project to someone who can ensure money flowing from field to zonal office as easy as heaving of the newly built infrastructures by even lightest rain. I have heard corrupt engineers getting suspended in XWD but haven’t heard anyone voluntarily leaving profit making XWD department after just 5 years. Unable to bear the punishment for his honesty and the brutal misuse of his planning and unit, he resigned the XWD and decided to continue his mission privately by his own, of course at lower scale.

Nikhil, along with other two partners, started non profit organization called IMPART. His organization took World Bank’s projects through semi government organization. To avoid the misuse of fund and to make sure fund utilized directly by needy locals, semi government organization put condition of first 10% payment by the locals and remaining 90% would be funded in instalment after completion of 10% project. This way there would be buy in from locals and they would be supervising the work. Nikhil’s company IMPART would get 5% – 10% bonus on actual cost occurred.

It was not easy to get project totally sanctioned though there was enough budget to spend for development. It was difficult to convince villagers for initial deposit of 10% of project cost. Even if villagers are convinced they did not have enough money to bear the 10% cost. Nevertheless, paradoxically Nikhil found that his partners were able to get contracts for many projects. Within six months he came to know the reason of mysterious growth rate of his company. Initial 10% deposits were made by his partners keeping Gram Pradhan (elected leader of village) in confidence. This was win-win situation for all — villagers were getting employment and infrastructure development, Gram Pradhan was getting political benefit — credit for the development, and IMPART partners were getting works. Although profits for IMPART was same as decided by semi government organization, 10% recovery was generally made by cutting development cost. On other hand, in simple language, IMPART was showing inflated actual occurred cost. And Nikhil found this Robinhood style approach “unethical”. This created fraction between him and his partners. As a result IMPART decided to be smaller, slower but ethical in improving quality of life of needy, under supervision of only single person, Nikhil, who lives on his values as going concern and does not mind to face the backbreaking oppositions due to not being unethical.

Sometime I used to get frustrated by his “old fashioned and dogmatic” thinking, which never gave him a comfortable life, until recently I made a trip to Himalaya and discover his real earning and hidden treasury. In a small village, deep in jungle on top of the mountain, I saw a hand-pump that was branded “IMPART”. This was a small innovation by IMPART to divert water from a natural fall somewhere 3-4 kilometres away from the village. I talked to few seniors in the village. After knowing that I was Nikhil’s brother, almost whole village came to meet me in order to convey their gratitude and blessings. They told me how IMPART had made difference in their life by arranging drinking water, building toilets, and installing solar-lampposts. It was almost unbelievable to see such arrangements in that inaccessible remote village. After sometime when I bid goodbye to those villagers I had a final look of the hand-pump. To my surprise I found no more water droplets but all invaluable pearls dipping out of that pump, reflecting the glory of my brother far away from the morally corrupt materialistic life of the XWD.

“Never doubt that a small group of committed people can change the world; indeed, it is the only thing that ever has…” — Margaret Mead