You are here: Home / Social and Moral / The Bangles 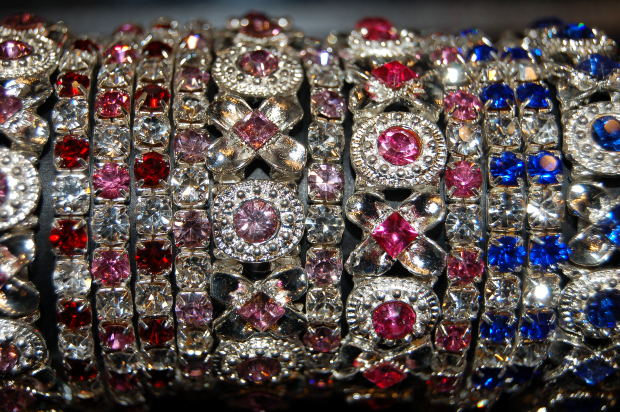 Sheena a young entrepreneur with flourishing business used to travel frequently within the country and outside. Her job demanded a lot travelling. She had a good network of friends and business associates. Though she would behave like a Roman when in Rome, yet not forgetting the customs and traditions from the place where she belongs.

During one such travel, she was travelling through the Eastern part of the country, she saw women wearing the Shankha –Pola (Bangles made of Conch Shell and red Coral respectively.) and most of them adorned a big round red sindoor on their forehead. She was fascinated at the bangles and wanted to pick up a pair for herself, not realizing it is worn only by married women. It is a strict tradition practised in the eastern and northern part of India, where only married women can wear the Shankha Pola. Sheena was fascinated by the colors and traditions she wanted to surely carry a pair back for herself.

She walked to one of the markets and bought one pair for herself. She returned home and showed it to her mother. “Sheena you can’t wear them now!” Sheena was disappointed as she bought it happily to wear them.

Her mother explained calmly that there are somethings that can be worn by a woman only after the wedding and these traditions are not good to be changed as per our wish and whenever we fancy.

Although Sheena was not convinced, she brushed the thought aside and kept the bangles in the box and said I will wear it after I get married. I will save it until then.

One noon, her mother’s best friend had come home as she was speaking her mother happened to mention about the Shankha Pola and her friend said, please ask her to give the Bangle to some married woman or you can wear it, as you are looking out for a suitable match, there is a age old belief that people will not buy and store these things unless and until the wedding is around the corner. They say when you hold these with you before the wedding, the wedding might not take place.

Sheena’s mother tried convincing Sheena to give the bangle away and said she could always buy one when she travels the next time. Sheena was very reluctant and with a heavy heart gave it away.

Soon within a few months Sheena’s wedding was fixed and she was happily married and forgot about the Shankha Pola. She shifted from India to the States and totally forgot about the Bangles.

After a few years, she lost her husband in a tragic road accident and she had to return to India. It was during one Durga Puja that she was in Bengal and she remembered the Shankha Pola, which was something she fascinated a lot and could never adorn it!