You are here: Home / Social and Moral / Foriegn Currency – A Short Story 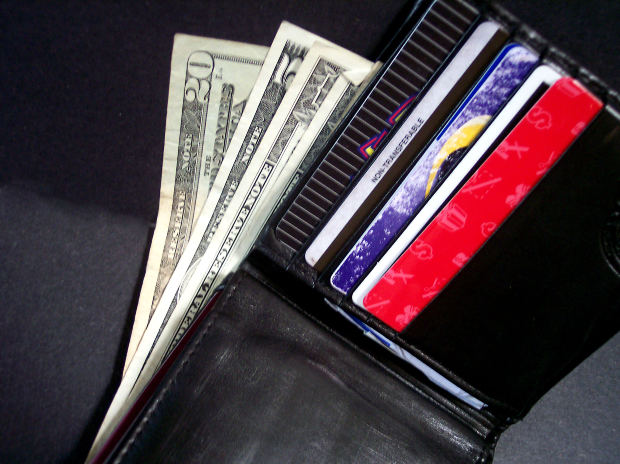 Vijay was planning to make a trip to India this year. It has been more than two years now since he made a trip to the home country. The daily grind of work and taking care of children was taking a toll on his psyche and life had become tedious. He had turned 45 last month and the middle age symptoms had started to show up like gray hair and having to squint when reading small fonts.

If not to India, at least a ten-day vacation to a destination in US would also do. But that is going to cost almost as much as visiting India. Since he is a contractor employee on H1B, he does not get any paid vacation. So any time off work is a lost pay and 10 days off work means loss of half a month’s salary plus the hotel/transport and other vacation costs. It is going to cost $3500 minimum.

So he decided to bite the bullet and proceeded to book a ticket to India for the family, it costed $6000 in total. He thought with the IRS refund for $3000 he’d just be able to save $3500 finally this year. After almost a decade in US, this is the first year I get to save some money, he was excited. $3500 is not a small amount. Almost Two lakh rupees!! Feels somewhat like an accomplishment for all these hardships and lonely life in a foreign country, he thought.

Finally Vijay travelled to India 4 months after reserving the ticket. Usual stuff, jetlagged for first week, upset stomach, trying to get adjusted to the Tamil nadu heat and of course the relatives who were disappointed about the gifts (costed $1200 at least) he had brought for them.

Vacation had almost come to an end and he had to take the return flight in a couple of days. He was getting ready for the return trip and was busy packing his suitcase. Suddenly he felt a pain radiating from his chest and running through the left hand and shoulder. He cried in agony and he was taken immediately to the hospital.

It was diagnosed as a mild heart attack and was under close observation. He seemed shaken and it took almost two weeks for him to recover. He had always considered himself to be in good health and could not digest the fact that he had just had a heart attack at this age. Anyway, he was glad that this did not happen when he was in US as healthcare was too expensive in US and he would have been almost bankrupt for this kind of treatment there in US.

Finally, on the day of discharge, he went to pickup the bill from the Payments Counter. The clerk searched for his name in the computer, printed out the bill and handed it to him. It said Rs.2,04,321.00