You are here: Home / Funny and Hilarious / Fellowmates! 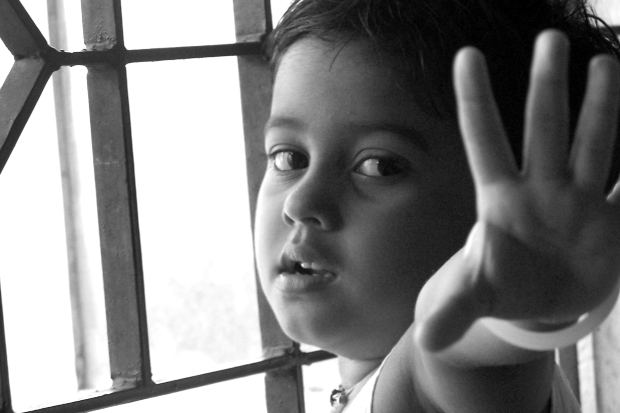 “Hey dude , that’s so cool about you. Even I’m having a great day today – I get more oxygen , I pump blood in a normal rate . Its a nice feel you know” , Mr. Heart replied to Mr. Stomach

All other neighbors – Mr. Liver, Mr. Kidney, Mr. Lungs, Mr. Heart, Mr. Stomach were grateful to each other and they were in love with one another because they all know without each one, this wouldn’t be possible to live healthy. They were dancing, singing and celebrating the day.

On the very occasion they all agreed and decided to thank and honor Mr. Tongue. Because he was the one which was reason for their happiness. He supplied good, fresh and healthy foods to them.
They all celebrated their wellness each year on the very first day of the year.

As years pass on, they all grown and matured and they all have been celebrating their 15th birthday. Mr. Tongue couldn’t resist seeing pastas, heavy loaded cheese pizzas, beverages, burgers , cakes, pies and he totally avoided the healthier side foods -fruits, vegetables, whole grains.

He forgot all his fellow members and was quite selfish and had all those junk foods in high amount and started to overeat as the day pass on, though he know this would poison and kill his fellow friends slowly. But he kept on doing the same thing for very long time. He was totally unaware that these junk foods will kill him too. He failed to understand if they are dead he too will die on the same day.

Mr. Stomach called all his friends for the meeting and they all worried that Mr. Heart is getting weaker day by day and its illness. Later they get know that Mr. Tongue is responsible for all these confusions. They wanted to teach a lesson to Mr. Tongue.

The next day, they all planned to release the chemicals to poison the tongue and its tastebuds, they did as per their plan. Mr. Tongue suffered for the whole week and then realized his mistake and apologized to his fellow friends. Mr. Brain was controlling me all these days and now, I’m relieved from him.

” Now u cannot manipulate me,Mr. Brain”,Mr. Tongue said to himself.

Mr. Tongue promised them that he will never let them down for any cost and he said ” I learned from my mistake that greediness, selfishness kills not only my body but my soul too”.

They all in one way dependent and in other way independent. They lived happily together by understanding each other values.
” Foods should be an nourishment to the body not a disaster, choose right food- LIVE HEALTHY !”

Tom woke up from bed and got ready to school after 1 week of sick leave.
” ba-bye mommy! See u after school!” .