You are here: Home / Funny and Hilarious / A Race Against Time 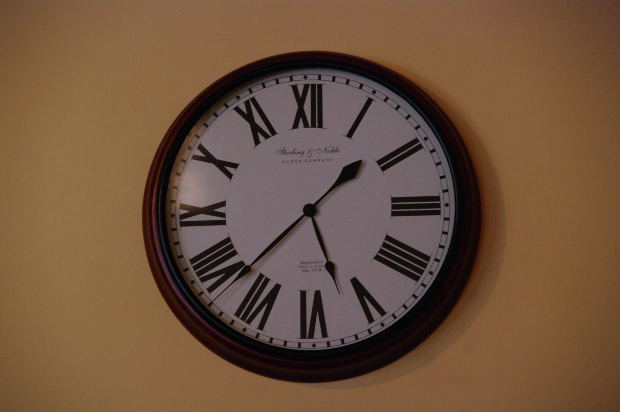 It was a pleasant and serene morning. The shrubs lining the pond in Mr. Singh’s garden were swaying in the cool breeze. Little drops of dew had formed on their leaves. The sun rays fell on theses drops casting iridescent colors. One such dew drop fell from the tip of the leaf of a shrub onto a lotus petal and glowed radiantly. Mr. Singh’s sharp eyes noticed this and a thought struck him.

“Had the dew drop fallen into the pond, it would have lost it’s identity. Instead it fell on the lotus. Consequently, it is shining like a pearl now. What a wise decision indeed!”

With that he called for his son, “Aakash, Aakaaaaash.”

The whole stadium was chanting his name.

The cheerleaders were dancing to the tune of his name.

“Aakaaaash, Aakash”, the crowd was bersek. They were cheering the hero of their team, who had played a captain’s innings and had almost single-handedly steered his side to victory.

He was stepping up to receive the Man-Of-The-Match trophy for his brilliant performance.

“So, tell us what was going on in your mind when you were playing that outstanding knock?” asked the presenter.

He opened his mouth to speak, “Oh! You too have come to the stadium father?”

“Nahi beta! You have come out of your reverie,” replied Mr. Singh. “Now why don’t you get up and do something constructive rather than snoring away in bed for half the morning?”

Aakash looked with bleary eyes at the drawn up curtains of the window.

“It looks like wee hours of the morning to me,” said Aakash.

“Surely the blinds of the window have not made you blind!” exclaimed his father as he drew up the curtains to open the window to let in some fresh air.

Aakash could not argue further. When his father started twisting words and phrases, trying to make a figure of speech work, it was the correct time to retreat. He did not want his father to embark on the oft repeated tale of how he could not become a successful writer despite his talents. Aakash glanced at his watch. 8.30 a.m. showed the luminous dials.

“That is what I have been telling you for so long,” said Mr. Singh triumphantly. Finally, his son seemed to acknowledge he had been sleeping till late.

“Oh! But Raju had told me that the train leaves at ten!” cried Aakash running to the bathroom.

“Why? Where are you going?” asked Mr. Singh.

Aakash did not, or rather could not answer. He was brushing away his teeth furiously. Instead Mrs. Singh, who had entered carrying his breakfast on tray answered.

“He has to leave for Delhi today. Our son is participating in the cricket tournament and the team from his college leaves today,” she replied fondly.

“You will waste your life after cricket,” Mr. Singh directed his words to Aakash. “Tell me, how many lads dream of cricket and how many succeed? Guard against joining this band wagon and repenting later at your failure. Concentrate on studies, get a good job and earn a living. Otherwise you will be like that dew drop in a pond of water who has lost it’s identity. Instead be like the one on the lotus leaf who is shining like a pearl now ,” lectured Mr. Singh.

“Why would you when you haven’t understood in the past twenty five years? And how would you, when you haven’t seen it. Come with me to the garden” and Mr. Singh almost pulled Aakash out of the bathroom.  But Aakash got away from his father.

“Dad and his literary antics,” he murmured under his breath as he pulled out his bag and started throwing his clothes inside.

“No time mother, I will have something on the train,” and with that he rushed out of the house.

Aakash rushed into the street like a hurricane. He searched frantically up and down for an auto. Many four wheelers and two wheelers rushed past him, but no three wheeler was in sight. Normally, he would wait for the city bus to take him to his college, but that would mean a wait of 15-20 minutes at the bus stop which he could not afford at the moment. So he sprinted towards the nearest rickshaw stand.

On reaching the rickshaw stand, he jumped into the first auto standing in the first lane and nudged the driver who was fast asleep.

“To the college. Quick.” He ordered.

In return the driver gave a huge yawn and pointed to a placard which read:

“RIZE OF PETROL PRIZE BUT NO RIZE IN PASANGER TARIF

THEN NO SERVICE. RIKSHA UNION”

“We are on a strike today,” said the driver simply and went back to sleep.

“I am all for raising the passenger tariff. I will pay you the extra amount that you want. Just take me to the college,” pleaded Aakash.

“If one of us weakens for small favors  then no substantial change will ever come,” replied the driver and like a true martyr fighting for a just cause for his countrymen, he forsake the money offered to him and went back to sleep.

Aakash got out of the auto. He didn’t know how to reach the college on time. In eight minutes, his coach would be briefing his players and motivating them to do their best. The bus would leave at 9.30 precisely. He decided to call his friend Raju and explain his predicament. It was then that he realized that in all the hurry, he had left his cell phone at home.

He had only one option left. Try and reach the railway station before 10.00 and join his team there and apologize to his coach for being late.

He started walking towards the railway station that was about ten kilometers away, a matter of fifteen or twenty minutes on vehicle, but about an hour, if only he walked fast.

Aakash’s thoughts went back to his father’s words.

“You will waste your life after cricket”

Cricket was one thing he was really good at. His team had often relied on him in times of crises and many a time he had made his side victorious.

“Tell me, how many lads dream of cricket and how many succeed?”

Yes, there was a sea of aspiring young cricketers, but he was definitely a good player and if he practised hard and did well in the domestic tournaments, he may fulfill his dream of playing for the country.

“Concentrate on studies, get a good job and earn a living. Otherwise you will be like that dew drop in a pond of water who has lost it’s identity”

He couldn’t understand why parents never considered sports as a profession for their children. Why anything other than studying Engineering or Medicine was not good enough for them. And why despite appreciating artists, music, dancers and sports person, they did not like their children choosing these as their profession. Getting first rank in class was the only yardstick of judging their children’s worth.

Aakash gave a frustrated look at a billing that read:

(STARS OF THE BOARD EXAM)- ABC INSTITUTE

Give your children the best possible guidance. Join before 30th April and get a discount”

The fee displayed even after the discount was something a middle-class family would think twice before spending. Everything was commercializing, even education. Teachers were no longer second parents of their students. They did not focus on inculcating values and morals, only wanted them to mug up facts and vomit them in exams, without digesting.

He was probably only halfway through to the station.  If he could prove to his father that he could play for India, probably his father would be satisfied with him. And for that he had to do well in this tournament and so he couldn’t afford missing the train. He almost broke into a run.

Aakash burst onto the platform, perspiring and fatigued, but with a satisfied expression of having made it on time. But as he looked around, his team was not in sight.

“Excuse me,” he said to a passing porter. “Could you tell whether the Janata Express has arrived or not?”

“There on the fourth platform. It will leave any moment now.”

Off he went running wildly to the fourth platform.

Aakash jumped down the last few steps. But the train was already pulling out of the platform. He chased after it like a lover who is being separated from his beloved. But the train had already gathered speed and he missed it by a whisker.

“Oh! There goes my train, with my hopes, my dreams, my purpose of breathing!” he sighed. He had been one minute too late.

Then a thought struck him. This one was a down train. It had come from Delhi. He had to catch the up train that would take him to Delhi. He rushed to the inquiry booth.

“You mean the up train going towards Delhi? It’s at ten. Ten p.m.” replied the officer.

Aakash was 11 hours and 59 minutes too early for the train!