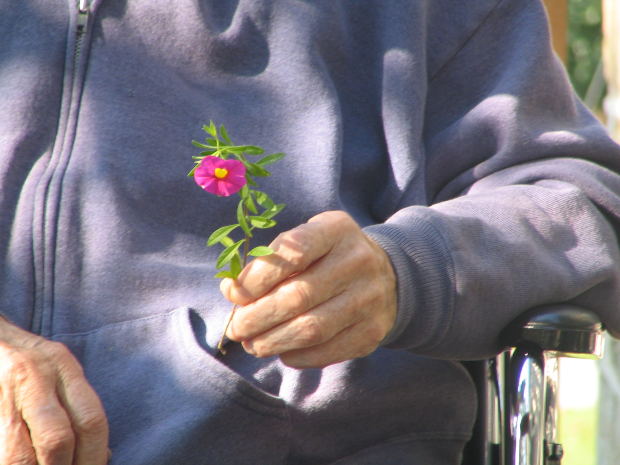 Grandma Mary looked at herself in the mirror. The wheelchair bound reflection stared resolutely back. The white bobbed hair and wrinkly skin gave away her age, but the fire in her cat green eyes had never faded. John always used say he loved her eyes.

John. A smile crept to her face momentarily.

But no. Tonight she shouldn’t waste her time, as she increasingly found herself doing, lost in memories of the happier days. No. Tonight she had important business to attend to. Grandma Mary straightened her clothes as well as she could, and looking into the mirror, felt satisfied. Her flat too was in pristine condition. Yes, yes. She had important business to attend to tonight. Tonight, she had to die.

It was never too old for suicide.

It wasn’t a decision made in passion, it was a decision made in reason. Her body was beginning to fail her. Polio had taken away the use of her legs when she was very young, and now old age was taking away the rest. Grandma Mary wouldn’t allow that. This particular battle against the Gods, she would win.

And she did miss him so very much. Her John.

Grandma Mary wheeled herself out the front door of her flat. She had moved into this 16th storey apartment a few months back. Hers was the only occupied flat on the floor. The elevator was her lifeline to the rest of the world as the flat had no ramp access. It was hard living alone at her age. Yes, the occasional nephew or niece did visit, but the truth never did escape Grandma Mary’s mind. She was arriving at her time. And tonight it will be. Grandma Mary glanced around her home one last time and closed the door. The 21st floor was the terrace. She knew what to do.
Drawing in a deep breath, Grandma Mary called the elevator.

She rolled herself out at the 21st floor. The door to the terrace was ajar. They never did close it. The vast night sky beckoned to her from the other side of the door. Grandma Mary pulled the door open and rolled herself outside. A full moon and a cloudless night sky greeted her. Stars tinkled. There was a small parapet running all around the terrace, but she was pretty certain it wouldn’t pose a problem. Her resolve was taller than the parapet.

And that’s when she heard a sob.

No it wasn’t her. Grandma Mary was too old for sobbing, it was either all out crying or keeping it all in for her. The latter more than the former. But who was out on the terrace at this time of the night? Any other night, Grandma Mary would’ve hurried back to her flat, bolted the door and gone for her rosary. But the situation was different tonight. Grandma Mary looked around. In the clear moonlight that flooded the place, she saw no one. The terrace had a blind spot from where she was seated in her wheelchair, when it extended to behind the elevator lift well. Grandma Mary rolled herself around the edge of the lift well; and found the source of the sob.

A girl was standing on top of the parapet.

She is going to jump, Grandma Mary realised. The girl looked barely eighteen. In the moonlight she looked very pale, wearing a red skirt and a black top. Her crestfallen face was pointed up, facing the sky. The parapet was very wide at that particular point and the girl had no trouble balancing herself precariously on the edge.

“Hey!” Grandma Mary cried out. The girl started and jerked her tear stained face to where Grandma Mary was was sitting in her wheelchair. She was pretty in a quaint and quiet way, despite the tears. For a few seconds she just stood there, staring at the old lady in the wheel chair, not comprehending what another human was doing breaching her privacy in the last few sad moments of her life. She then looked away, away over the parapets edge and rooftops far below and lifted a leg off the edge.

“Hey! HEY!!” Grandma Mary threw herself forward almost reflexively. Her body went tumbling over her legs and the old lady landed face first on the terrace floor crying out in pain. The wheelchair tipped and fell over her, pinning her to the floor. From her sprawled position on the floor Grandma Mary looked up to where the girl was standing. The parapet was empty.

Grandma Mary looked down at the floor, and inexplicably, felt tears rising to her eyes, but not from the pain. It was strange. She had come up here to do exact same, and yet now… it felt so very wrong; and she had been so very certain just a few moments ago. Lying on the floor, she closed her eyes and let the tears flow.

Grandma Mary felt the wheelchair being lifted off her back, and soft hands helped her off the floor. She was eased back into the familiar surrounding of her wheel chair. Grandma Mary held on to he hand that had helped her and cried into it. “I don’t know… I don’t… I just.. ust came and she..she..” babbled Grandma Mary, not opening her eyes. She felt whoever had helped her easing his/her hand out of her grip. Grandma Mary opened her eyes, and saw the girl.

Grandma Mary gasped, then realisation dawned. The girl hadn’t jumped. She had climbed down to help a helpless old woman. Grandma Mary felt a peculiar warmth fill her heart. The girl began to move away, but Grandma Mary grabbed her hand with both of hers and held it firmly. She wiped her tears on the sleeve and looked up at the girl. She had spectacles on; they probably had been removed before her little attempted folly.

“Whats your name child?” asked Grandma Mary in a steady voice. The girl resisted for a few moments, trying to slip her hand out of Grandma Mary’s vice like grip, but the strength in the arms built up over a lifetime of pulling her body around didn’t buckle. Finally, the girl gave up, dropped to her knees and cried into Grandma Mary’s lap.
Old and Young sat a long time in the moonlit darkness. Priya, for that was her name, cried her heart out, and told the her tale of sorrow, about why she had given up. And Grandma Mary listened, stroking Priya’s hair slowly, comfortingly. And when her story was over, Grandma told Priya her own. How polio had crippled her, how she met John, how a miscarriage prevented her from ever having children, how John had returned home wrapped in tricolor.
It was the small hours of morning by the time they decided it was best for Priya’s parents to find her in bed in the morning, in her 6th floor apartment.

“But why did you come up here in the night?” asked Priya as she pushed the wheelchair to the lift-well. Grandma Mary smiled and looked up at the slowly brightening sky.

“John’s up there”, She said nodding upwards, “I came to be with him. But he told me there was someone here who needed me more than him.” Grandma Mary looked up at Priya and smiled. The young lady blushed like only one caught red handed doing something reckless can. “On second thoughts, just leave me here, I want to talk a bit with my John”, said Grandma Mary.

Priya nodded and turned the wheelchair away from the rising sun.

“And oh Priya,”, Grandma Mary smiled, “if you ever feel the need, just stop by 16. They say I make some pretty good coffee.”

Priya smiled, and the smile reached her tear filled eyes. She bent down and kissed Grandma long and hard on the cheek.

Priya let go, and walked towards the elevator. Grandma Mary watched as she entered and waved a bye as the doors closed. She watched as the elevator screen slowly counted down from 21 to 6 and stopped there. Grandma Mary smiled and looked in the opposite direction, to where the parapet was the smallest. The morning rays washed over her. Nope. She closed her eyes, and took in a deep breath, and looked up at the heavens.

You had to win this time too, hadn’t you, she chided God.

It was never old enough for suicide.