You are here: Home / Social and Moral / The Boy Who Scored The Goal 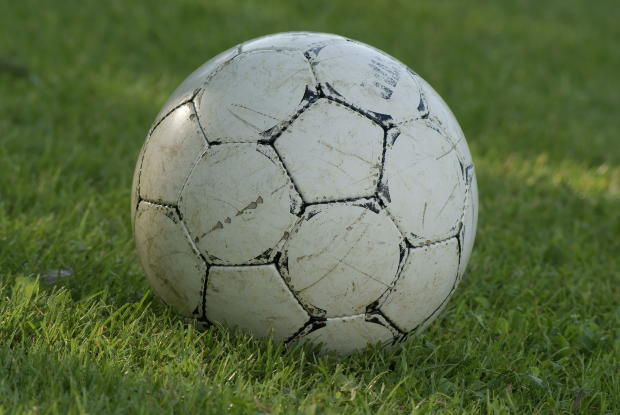 In a country where cricket is idolized and is treated on parallel with a religion, there is a young boy from the southern part of India, who preferred football to anything. The passion and dedication for the game made him a great budding player. All the places that he went, he began dominating and his coach was sure that his student, Ashok would go and make him proud someday. Their parents were also so supportive, that his father or mother never objected Ashok in any matter whatsoever.

Ashok always had a dream which he dreamt almost every time he fell asleep. He dreamt about being on the ground with thousand watching in attendance and millions watching at home. He always said to his coach, “Coach, one day when everyone glues there eyes on me and I score a goal. You’d stand tall in the audience, because whatever I am, that is because of you.” Such was his respect towards his master(Guru).

Similarly coach also treated him like his own son, took him all around the city, fed him all kinds of food. The special bond that they had was beyond a coach and student one and more likely like a father and son bond.

Life was over the moon for Ashok when an accident occurred. As a part of his fitness regime, one early morning Ashok was jogging by the railway track near his house. As the stone studded path would increase the stamina of his legs. The path was all covered with the plastic covers and as he approached one cover a snake sprang out of it. Being stuck inside for so long, the snake was terrified and its ferociousness raised alarms for Ashok.

He took a leap and fell flat on the tracks, a speedy trained honked a lot. Ashok got hold of the situation and realized the danger he got into, he got up and tried to jump but his heel caught up  under the train wheels. Less than couple of minutes of his encounter with the snake he couldn’t stand up. The snake slithered away and Ashok lost his consciousness.

When he could open his eyes, he saw his coach crying by his side. tears rolled down Ashok’s eyes and he said, “don’t worry sir, I’d learn to play with these legs.”

Coached slowly held his hand and whispered, “There are no legs. Doctor had to amputate them fearing an infection.”

Ashok couldn’t believe what his coach just said. His parent were crying upon the fact that a small piece of plastic ruined their child’s career.

Coach couldn’t stand all the situation and he left. His father had to sweat hard to bear the bills, his mother was not able to console his son for the loss of his prized possession. Ashok couldn’t believe that he couldn’t play football anymore.

Ashok wept a lot, cursed god for making him go through all the things that were going on in his life. The excess amount of crying made him go into a deep sleep, after-all god was not so hard upon his child. The next morning, Ashok had to wake up because of an unusual sensation in his thighs. He slowly opened his eyes to see, Coach smiling brightly and saying, “Enough of sleep, lets go for a walk.” Ashok was angry as he thought the coach was mocking him.

He shouted, “Walk with no legs,” as he uncovered the covers on him and saw two beautifully shining blades on his legs. He slowly put his ‘legs’ on the ground and practised walking first. The coach couldn’t stand his ‘son’ in immense pain but stood along with him all the way long. They practice sprinting and then came football.

Exactly after one year, Ashok was on the field and the whole crowd was cheering him. “And the National side has a excellent and dedicated Forward,” the commentators also shouted. “Focus,” is what his coach murmured to himself. “One goal and we slither past the qualifiers,” said his captain as the game resumed with 30 seconds remaining. He was a shining bright, everyone were on the edge of their seats, Ashok could see all the defenders plunge upon him and he was all alone in the jungle with none by his side. He had a blockade pf defenders, ‘do or die’ he thought, and gave a stupendous kick to the ball.

The crowd where electric and the whole place burst in joy, “Goooooooooalll, Gooooall, The boy did it, beat the defenders and Goalkeeper in style.” The commentators went nuts over his shot.

Ashok look straight into the stands as the only person who stood tall among all was his coach who was very proud at the feet that Ashok achieved.

The boy who scored the goal took his nation into the grandest stage of them all and became an inspirational character to the rest of the world.