You are here: Home / Social and Moral / The Life Of An Talented Football Player Ray Myers 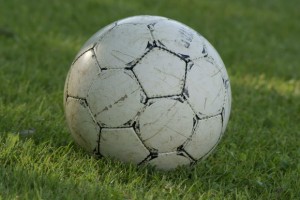 Ray Myers , a Junior attending Forestdale State University (FSU was known as the Division 1 college with the greatest college football ever ) coming from Trentville High School (one of the ghetto schools known). Ray was the school’s star running back .Ray Myers was always the outcast in high school, seeking opportunity after another for a scholarship to his dream college FSU. With the stats Myers had which were 4,500 total rushing yards , 60 touchdowns total since his freshman year of high school. Graduating with an g.p.a of an 3.9 , in which colleges were furiously coming to him, throwing him scholarships left to right. Sadly his dream school didn’t have no interest in him, making him work hard his senior year in high school creating sky rocketing stats. Giving FSU , some interest in him offering him a full ride.

Three years later , Ray Myers winning 2/3 WCFC (Worldwide College Football Championship) , not winning the championship in his freshman year of college. Ray Myers was in newspapers around the entire campus known as the star running back at FSU , (previously just in high school being Trentvilles’ star running back). Everyone on campus loved Ray, because of the hard work and dedication he had for his team.

Suddenly some strange events started occurring , one night Ray was walking back to his dorm with his friends , as soon they got to his room ” His friend Ronnie shrieked with fear ” pointing Ray’s attention to his door , with words dripping in blood saying ” Ray your football career is over , WATCH OUT! intials engraved DBB” (Deadly Bonebreaking Boys) Ray jumping back against the wall with sweat pouring down his face , not knowing what to do; Ray’s friends scurring away.

Winter Break (No Classes)
Still traumatized after three months after the incident , Ray was wondering who was the DBB until one night came when Ray asked his girlfriend Jai Marie if she wanted to go the city park off campus , four blocks away from the campus . In which she agreed of course .

City Park
Jai who arrived to the park before her boyfriend Ray , and was patiently for him . 45 mins later Ray arrived , Jai wondering what took him so long . Ray replying someone suspiciously slashed his tires to his car , making him walk all the way to the park . (Jai shaking her head) , Ray who didn’t realize . As hours went by after talking to one another, Jai told Ray she was going to the campus , but Ray told her he would meet her back at the campus later . Suddenly, Ray spotted an unusual group wearing striped outfits coming towards him holding batons , chains , and one holding a metal sledgehammer. Reluctantly, Ray sensed trouble got up and ran the opposite way , not knowing it was the identical group on the other side. Groups had initials DBB on their shirts with bloodlike letters . Circling around Ray, who was drenched in sweat attempted to ask a question but was cut off by a big guy punching him directly in gut . Quickly dropping to his knees , writhing in pain . Then came another blow to the skull , which sent Ray completely on the ground . All members beat on Ray with their chains , batons mercifully and brutally . A defeated Ray Myers laid in his pool of blood , fainted .

Guns shots fired at the DBB , having them flee from the scene. Rescuers were teammates from Ray’s football team . Teammates : Kreyshaun , Timothy , and Bill quickly carrying Ray’s motionless body to the pickup truck. Timothy worried shouting “we got to get him to the emergency soon!” Kreyshaun speeding through traffic hurrying his boy to the ER.

Ray, on the breathing machine losing 2oz of blood nearly losing his life. His friends all by his side , his girlfriend loudly crying saying ” I should’ve stayed with him tonight” . Dr. Nicholas finally came in the room with the results of Ray Myers injuries stating , him having a dislocated shoulder, torn ACL, and broken ribs. Sadly saying Ray’s football career is completely over meaning he can’t play football ever again. Tears began dropping down his teammates faces, Dr. Nicholas saying Ray is a strong man surviving the brutal incident and sure is lucky in making it .

Ray’s Last Year
Recovering from the injuries , being out of action for three whole months. Ray’s senior year is over maintaining an 4.0 G.P.A , graduating with an Master’s Degree In Accounting and Finance, still with his girlfriend Jai living a hard fought life .