You are here: Home / Social and Moral / Destitution to restitution !!! 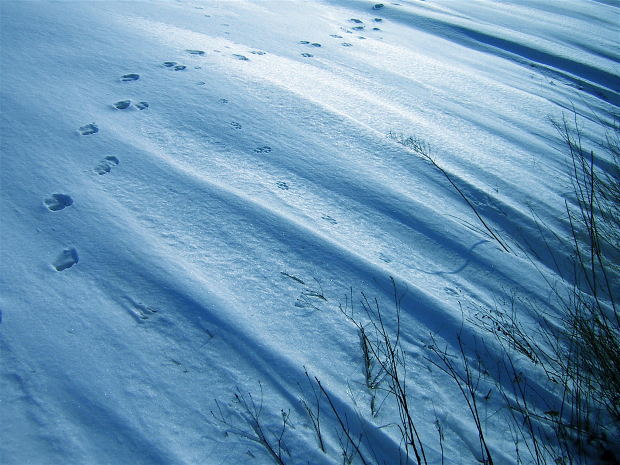 He sat morosely glancing out of the window on that rainy night. He had never been good with money. People told him he had colander hands; they leaked more than they held. And it was true to a large extent. God had been merciful to him and provided him with adequate opportunities in everything; education, work, and family – the three things that people aspire for and lose sleep over. He had undone God’s acts of grace. He had just frittered away his earnings due to lavish spending, unnecessary acquisitions, and ill-researched investments.

He abominated himself now for being profligate and reckless with money. He had been provided with a comfortable path and he had strayed far from it. God had held his hand at every crucial juncture and he had recklessly turned him down and plunged into hara-kiri by emptying his own coffers and running into debts. His own family had started treating him like anathema and the everyday unpleasantness at home was driving him insane. He had never been antagonistic or apathetic towards his family, but now his debts kept him from providing them with comforts. He could not do the normal things that other men of his age did. He rued his financial miscalculations that had landed him in the current morass. In happier days, he had been dismissive of fairy tales as being too surreal. He used to call them ‘defeatist concoctions’. But now he desperately wished there was some magic wand that would get him out of his impecunious misery and restore him back to a state where he could have his debts annihilated and his dignity restored. But fairy tales were for children, not for grownups. For grownups, there were adversities and dark periods. And his current financial darkness seemed to be very protracted and insistent.

Varun was a compulsive writer. Microsoft word was his best friend, especially in trying times. He always made it a point to empty the tumultuous cauldron inside his head into the blank pages of word. Writing was a cathartic for him. He felt as though he was talking to some empathetic force and off-shoring his onerous problems to its extended embrace. He was very eloquent in his writing and people always found several takeaways in the pieces he wrote.

That night, Varun opened his laptop and started word again. “The autopsy of my financial downfall: Destitution cannot be a state of life. It has got to be a state of mind. The mind has to be trained to strongly will against it and I have to find ways and means to rise again. I cannot be a sinking ship waiting to be rescued. However painful it may be, I need to go back to the genesis of my current emptiness and see what I could have done different. I need to chart a new course. I need to swim up to the surface again and catch some much needed oxygen. I need to be counted, not among those who ingloriously perished, but among those who survived and surmounted”.

And thus, he wrote a mini-treatise on what he would have done differently and what he thought were the best money management principles, given his debacle. To him, he was using his writing as a form of expiation for his sins of omission and commission. He wrote about the habit of saving from a very early age, the habit of living within one’s means, the habit of spending credit cards judiciously and sparingly, the importance of finding the balance between liquidity and other assets, the importance of being transparent about finances with kith and kin, the best channels to have money invested in, and most importantly, the ability to understand the difference between wants and needs. This last point, he drove home emphatically with both vengeance and poignancy. After all, he had been a victim of injudiciousness himself and he wanted to tap himself on the head for his misdemeanors by chastising himself verbally through his writing.

When he was done, he added the essay to his blog and posted a link to it on his ‘Facebook’ page. He always did that. He always made it a point to share his writings through his blog. He always solicited people’s comments on his writing style and content. It gave him the fillip to improve his vocabulary and presentation for the next time. And since he wrote from the depths of his being, his writing was always immaculate and carried a punch. He had often received plaudits from the many readers of his essays. People often forwarded his writings to other people on facebook and he had managed to build a small group of adherents who lapped up with gusto anything he wrote. Varun may have been callous about the importance of money, but he wasn’t about his writing. He worshipped language, and writing was not merely an extended form of tweeting to him; it was an act of oblation to the writing gene that he had in him. Writing was to him what cricket was to Sachin Tendulkar; a maniacal passion.

A couple of days later, he was sipping coffee in his office cafeteria, when his mobile phone rang. At the other end of the line was Mr. Kumar, the finance director of ‘HumanTree Ltd’, a company that he himself had previously been an employee of.

‘Hello, am I speaking with Varun Anand?’

‘This is Varun. May I know who is on the line?’

‘Hi, this is Kumar Hegde, the finance director of HumanTree. Do you have a couple of minutes?’

‘Thanks. I just happened to read your article titled ‘The autopsy of my financial downfall’. I think it is a terrific article. I am planning some initiatives in our company to educate our young employees on the importance of good financial management and the habit of ‘spending after saving’. I am pained by the poor financial management of our employees. I conduct periodic interactions with them to find out the financial health of our employees and am appalled to find that several have taken loans for a so-called ‘quality living’ purposes. I think it is rubbish. Our employees are living on borrowed money in terms of loans and credit cards. It is an illusory world of possession for them. I am part of a committee that has been formed by the state government, in collaboration with some leading banks, to better guide our youth in handling money responsibly and securing their future wisely. We plan to launch some initiatives and schemes to entice young professionals to save a portion of their earnings in some lucrative savings schemes that will stand them in good stead in the years to come. We want to bring home Warren Buffet’s axiom of ‘spend what is left after saving, don’t save what is left after spending’.

‘Sounds great. I am a little confused by what all of this had got to do with me. And how did you get to know about my essay?’

‘Oh, it was forwarded to me by one of the guys in my team. Someone from the company must have re-posted it on facebook. I think the essay has gone a bit viral. People are re-posting it on their walls. And as to what you have to do with all of this, I have a proposition for you. I would like you to come to our company and give a talk on financial management to a sizeable group of fresh college graduates that are joining us next month. You know the adage ‘catch them young and watch them grow’? I sincerely believe in that. If we could drill some financial sense into these young men and women, especially some good advice from a youngster like you, I believe it will have a lasting impact on their naïve, and yet amenable minds. Once we get these young people to commit to a financial planning program, I and my team can take over and work out a regimen for them. But, a good orientation from you will set the ball firmly rolling. And, by the way, we will pay you a reasonable consultation fee every time you come here and give consultation to our employees. What say?’.

Varun was dumbstruck and exhilarated at the same time. A piece that he had written to clear the agony of his soul had had some far reaching consequence. He had not in his wildest dreams imagined that the chronicles of his debacle would interest anyone, let alone serve as a business opportunity. However, as they say, when one door shuts in life, another one opens. Providence had provided him with a chance to make amends. Here he was, sitting in the cafeteria, suddenly faced with a small business opportunity. Could be the start of the reversal of his declining fortunes?

‘Sh sure….I would be happy to do that. But I do not know anything about financial planning. Far from it. In fact, I wrote the essay to document my mistakes. In what way could I be the best person to undertake such a task?’

‘No worries. Young people connect with live experiences much better than with theories. If I could show to them someone that has been there and done that, that would be the rude awakening that they need, even before they falter. Of course, in your presentation, you could be a little euphemistic about your mistakes and emphasize more on the planning part, so that we could keep the agenda focused on them and not you’.

‘Yeah, that sounds like a great plan. I would be happy to do that. If I could help someone out and do my bit in restoring some financial sanity, I would be very happy. I will get started on it’.

‘Thanks a lot Varun. Do not worry about your remuneration. I will make sure you are reasonably compensated for your effort. We could have you come here on a periodic basis. I can work out a contract for you. In fact, I can talk to the committee I was mentioning earlier, and make sure we sign you up as a contractor for multiple companies, not just mine. But for starters, let us give it a shot in HumanTree. If all goes well, we can extend it out to other companies as well’.

‘Ok sure. That would be great. I will do my best to be of help’

‘Thanks Varun. I will call you back in a few days to work out the logistics. Thanks for your support. Bye’

Out of nothingness, opportunity had come into Varun’s life. A humble beginning, but this had the promise of translating into something profound and lucrative if this deal turned out as promised.

This is the moral for us from Varun’s story. We all make mistakes, but we should just hang in there. To err is human. With a strong will and a positive attitude, things can be turned around. Tough times do not last, but tough people do. Nothing is impossible till we stop breathing. What seems impossible today might become a reality tomorrow. Opportunities come un-announced. We just need to be around to receive it when it shows up.

And lastly, to err is not to sin. As long as we have not sinned, there is always a turnaround possible, with a bit of luck and with courage. After all, for the sinner too, there is redemption.