You are here: Home / Social and Moral / My Family 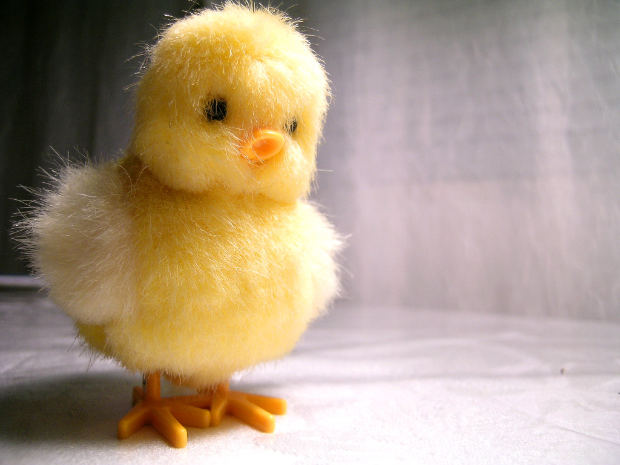 There lived a couple in middle of their farm. They had almost 10 and half Acres of Land recently bought, also few cows, chickens etc. The region is dry with scarcity of water from well ,so they used to cultivate various kind of pulses most of the time as per their soil’s nature. Planted Red sandal wood, Teak and so many plants on all four sides of each acre of land.

Though it’s hard to get good amount of money from the cultivation, they live a very happy life with all nature created by them and they done all with a passion and also for their children. They migrated from a wealthy lands surrounded with ample amount of water and Land they already had to this place because of only one reason .They wanted their son to get good education where it not much possible from their native.

The couple had a son and a daughter. The Land is surrounded by no houses for about a KM . The Land Lady is very brave, she took care of all the things by herself alone, as the Land Lord often go to his native for their other works to take care where the Landlords father,mother and his brother with his family stays also neighborhoods with full of relative, it’s a very big village.

Here ,They had a Hut with Kerosene Lamp in night for light. Even for well they had oil engine to pull the water out which runs on kerosene.

Once 4 of them were sleeping on veranda of their house, where newly hatched chickens with mother hen also on other corner. Around 11 or 12 in the night, there was a nice breeze outside and kerosene lamp is in low light, the landlord heard a sound of hen on the other corner continuously. He woke up and increases the light to check, for his surprise he saw a black cobra biting the hen, the hen fighting back to save her chicks.

The Land lord not knowing what to do, if he hits the snake, it may change the direction, where his children’s are sleeping also he cannot take them outside with lamp ,leaving the Hen dying. He tries to do some actions to send the snake out of the place, after a min or 2, it went off the site and he cannot follow the snake as it was dark everywhere and the light can only show an object around 3 meters distance. The hen was still in the same place and making sounds, if she leaves the place, the chickens may be swallowed by the snake..

The landlord cannot see more of the hen’s details with that kerosene lamp and he decided to sleep as the hen still clucks.

In the morning as usual he put some rice and other grains outside and calls the hen cluck…cluck… ,there was no sound of hen ,but the chicks were giving sounds.

For his surprise the hen died of the snakes bite in 5 places protecting her chicks.

The Landlord felt so sorry as he is also helpless.