You are here: Home / Social and Moral / The Cursed Train 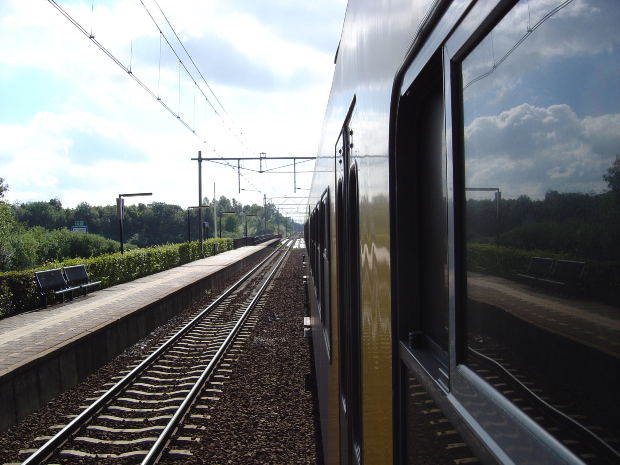 It was a nightmare, a worst nightmare I ever had in my life. I could not sleep anymore after that from last one month; the agitation due to the fear of ‘the cursed train’ started to impede my mental freedom as it did into my conscious world as well. I fully stopped travelling by a train and started to evade vehicles also as it would make me freeze to death to confront the image of ‘the cursed train’ deep inside my subconscious while traveling after that night. The growing aversion towards the speed was haunting me at every aspect in my life. It separated me from the outside world and put myself into a world of darkness where I started to fight for my existence at every passing moment.

I was sitting before a beautiful middle aged lady, a renowned pshysiatrist of the city after getting an appointment which made me wait nearly about two weeks. After narrating the story of ‘the cursed train’, I took a long deep breath and gazed at her to get an inquisitive response. She took out her black wide framed spectacle, cleaned the glasses with a small soft piece of cloth, and carefully put it aside on the table. Her calm beautiful face was impersonating the intelligence and the confidence within her. I was wrong; her response towards the story was not a speculative one that I expected to be. Rather, her vague ignorance attitude made me little bit befuddled. She opened the cap of a fountain pen, wrote something on a notepad printed with her name and designation, and adjusted her into a comfortable posture by resting herself back against the giant chair.

“Akash, have you faith in god?” she asked while staring at me after a little hush.

“May be; Sometimes; I am not sure.” the hesitation within me portrayed the skepticism about the existence of god.

“Then, you are saying a nightmare of ‘the cursed train’ has turned your life into hell. Have you faith in yourself?” she put the pen gently inside the pen holder after placing the cap with a quick sharp noise.

I didn’t know what to answer. I could not find the connection between my nightmare and god or self-belief.
“Unfortunately, People have only one option. Either they have to keep faith on god or faith on themselves or faith on something else to overcome the hurdle that life sometimes puts on our way. Is that making any sense?” her muffled and soothing voice was echoing in my head but it made me bewildered and puzzled as it seemed the availability of the options were more than one. A smile flicked on my face to think about my stupid intelligence that often put me into such an embarrassing situation.

“Ok, let me make it clear”, she replied after a prolonged silence as there was no response from me.
“You need to believe that a situation, a thought can never make one’s life miserable; unless you allow to do that; unless you put your emotion, your reaction, your fear to that situation/thought. That’s why a thought/situation exists; that’s why all mental suffering exists.” A confident voice enthralled my existence as a human being for a while. I got so magnetized with her words that it made me forget all my fears, my sufferings and showed the courage to start my life with a great alacrity.

“Are you listening to me Akash?” A loud voice pierced into my world of imagination. Before I said anything, she concluded with “enough for today. I have written some medicines. If you wish, you can take each of them twice a day.” She tore the page along the perforated line at the top and handed over to me.

“If I wish…..” I cleared the throat with a stifled noise and got ready to finish my line.

“I always encourage my clients not to take any medication. You should know your inner strength; if not, you have to explore. And by the way, have a nice dream tonight.” A prompt reply came from her as she realized my unspoken words. I became little bit happy as I had no need to spend my hard earned money on medicines that I always used to hate. I left the chamber and came back to home with so many unsolved questions inside my confused mind.

“Thanks god, I am in time”. I murmured to myself when I checked the time in my watch. I started to sweat as I reached the station. The train came and I went inside. It was fully empty, hardly five/six people were sitting inside an AC chair car coach that I entered. I took a window seat and spread myself inside the warmth of the chair. A sigh of relief came out from me ignoring the ambiance of inside. Only the low periodic sound of the engine was reverberating if you concentrate enough but the sound was not intervening the tranquility of the inside. An awkward feeling started to aggrandize with the abnormal silence; it was not the train that I usually travel, I had never seen such emptiness inside the train. “Did I catch the wrong one?” the thought popped up in my mind. I started to feel a lumped mass inside my throat. I got up from my sit and walked to the person. His face was hiding behind a newspaper. I cleared my throat with a muffled noise being alarmed with the surroundings.

“Is it the train to Kolkata station?”A suppressed voice came out without my concern. The sound of my voice got absorbed in the silence and again the periodic sound of the train dominated. I was feeling little bit agitated from inside. Again I repeated the same but failed to get any reply. The train speed increased with a sudden jerk; after putting my support on a seat I managed to come back to my seat and tried to see through the window. There was nothing visible outside; the train was passing through a tunnel filled with darkness, and nowhere there was any ray of light. The fear started to grow up within me and followed a restless sensation.

Speed of the train increased again with another jerk as did my racing thoughts; it attained a speed beyond measure; it seemed that it will never stop and I got trapped inside that. It was “the cursed train” that I got in. I was sniffling and feeling dizzy, I wanted to pull the chain but my frail body could not make it; I wanted to ask for help to that person; but no one was there; I left alone inside that desolate coach. I shouted with all my strength, but nothing came out. My throat got dried up, my weak body was shivering; slowly I was losing my consciousness.

Suddenly I could hear a faded voice; ‘a situation or thought can never make your life miserable’.

“Yes, I have got it.” A scream came out from me with an eager exhilaration. It was not the situation, it was not ‘the cursed train’; it was my reaction, my fear, my emotion that was making the situation miserable. I got the key of my sufferings, I had to believe myself. Slowly I was gaining my inner strength; my consciousness was coming back slowly; I wanted to travel in ‘the cursed train’; I got ready to go wherever it takes me; I wanted to see the hell.

Slowly the darkness of outside was being replaced by a beautiful dawn as the soft morning light started to soak the darkness with a slow aggression until it did fully. The train was entering into a valley with a small meandering river with crystal clear blue water. Butterflies, birds and bees were flying over infinitely extending flower bed at other side of the river; white clouds were making  paintings over the dark blue sky, heavenly beauty wherever you see. The speed of the train slowed down as did my racing heart. Slowly the train stopped in a station and I got down with an inevitable joy in my heart.

The train was no more a cursed one. I realized the greatest truth from my own perspective. The only option that didn’t make any sense at that moment. It was the ‘faith’, the only option that she talked about. A ‘faith’ on me, a belief on my inner strength has transformed the suffering into blessings. A contented feeling flooded my soul, my mind and carried a peace; a priceless one that never depends on any situation rather depends on our choice. I slept that night, a sound sleep after the triumph over the nightmare of ‘the cursed train’.

The following day when I woke up, a refreshed morning was waiting for me. Nothing changed in the outside world; only the perception within me changed my world completely. ‘The cursed train’ never came into my dream after that but certainly I miss the ride…………