You are here: Home / Social and Moral / The Camouflage 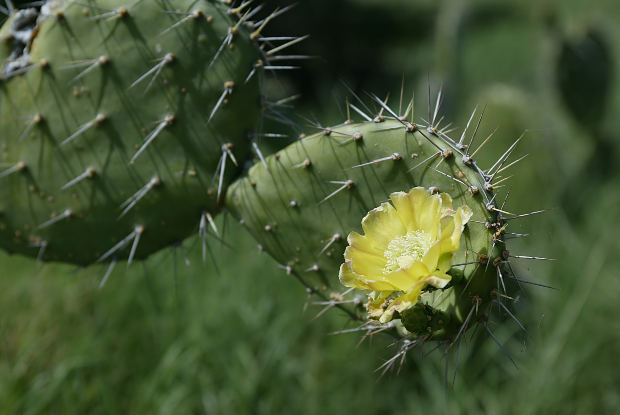 The Journey to my new school was the only thing on my mind. I just tossed and turned in bed unable to get any sleep. The euphoria I was basking in was what actually eluded me of my beautiful sleep. I imagined what a university would look like, beautiful environment, filled with tall trees, blossoms, cars, exciting people and most importantly pretty girls. Girls! That was the ultimate. I loved daughters of Eve and it was visibly seen by anyone who cared to know me. A friend of me once told me that it was women that would kill me and I remembered telling him: “Honestly speaking, I don’t mind.”

One thing I really looked forward to was the secret cult thing. Even though I was not in the least interested in joining any, I was curious to know everything about it. There had been so much fuss about it from different quarters and the most perfect place for me to know all about it was the higher institution I had chosen – the most notorious in terms of secret cult activities. My parents had vehemently kicked against my choice of the school but I made them to understand that it was the best school for the course I had chosen. But deep down in me, I knew that wasn’t the main reason. I just prayed curiosity wouldn’t eventually kill the cat.

As I dashed towards the motor park at the crack of the dawn, the warnings of my dear mother echoed in my head.

“Rotimi, please don’t go looking for beautiful vehicles. Make sure you board it in the park and don’t let the beauty deceive you. A beautiful vehicle could be a deception. You are no longer a kid, you know. You are very well aware of the situation of the country,” she had warned.

And I couldn’t but agree with her, not after all she had gone through at the hands of armed robbers at the Benin-Ore Road. The experience was still as evergreen in her mind like the day she got married to my father. She always said she would never pray for her enemy to go through such an ordeal let alone a loved one.

“One more chance! 1,2500 naira Obokun Bus!” Shouted the bus conductor on top of his heavily laced marijuana frog voice. The road monster was just as beautiful as the passengers in it, mostly ladies. I could picture myself in their midst and how wonderful it would seem to have one for a girlfriend. The presence of these angels would no doubt make my trip a very nice one.

“Oga Ade! Shouted one of the drivers. “It’s not yet your turn now. As a matter of fact, you are not on the roster. See it for yourself.” He tried showing a piece of paper to the other man.

“My friend go and meet your chairman,” replied a short pot-bellied man.

The pot bellied man didn’t reply, instead he just ordered his bus conductor to keep shouting for more passengers.

All the while, my attention was on one of the ladies amongst the passengers. The pretty lady seemed to be engrossed in the discussion between the two drivers. It seemed the hot argument was getting out of hands as the one with the roster prevented more passengers from entering into the vehicle. But instead the pot bellied man just left the scene only to reappear later with the car park chairman.

“Ogbeni, wetin dey worry you sef. It seems you have started growing wings in this car park. Who are you to start questioning my authority?”

“Oga mi no be like that,” he said almost prostrating for him.

“My friend, will you get out of my sight,” he ordered him. “Paulo, keep loading your passengers jare.”

One of the passengers, who had also been watching the unfolding events, decided to alight from the bus.

“Oga me, are you not going again?” Asked the bus conductor.

“No, I no dey go again,” replied the lanky passenger.

“Nothing. I just don’t feel like going again.” He picked up his bag pack from the bus and left.

“Don’t mind him Smally,” said Paulo. “Maybe he would be a bad luck to other passengers. Let him go jare. I beg carry go jo.”

Some thirty minutes later, the fourteen-sitter passenger bus finally departed the Ojota Motor Park for Osun State, the State of the living spring.

We had now been travelling for over two hours and the journey seemed like a never ending one. In my entire life, I had never travelled outside Lagos, let alone sit in a moving vehicle for over an hour. In the meantime, I decided to think about my new found world.

I looked back to see the direction of such melodious voice. And it was the same lady I had admired the very first time I had arrived at the motor park. I had momentarily forgotten all about her because of the passenger between us and the little tiredness I had. She was in the back seat, whereas I occupied the first row.

She was a really pretty woman with Anita Baker hairdo with a pair of cross earrings to match. Her spotless face was like that of a newborn baby’s and her reddish lips formed a love shape. She even had on one of her cheeks, a mole like that of Cindy Crawford.

Her second hullo brought me back into reality. I needed to talk to this lady and the best way for me to do this was to move closer to her. I pleaded with the gentleman beside her to come and take my place while I move the other way and he obliged. I was extremely happy. And within minutes we had started chatting and a very long and interesting one it was. I got to know that she was also going to the same school I was. I was simply delighted to be her accomplice. I had started wishing she was my girlfriend.

We were at the top of our discussion when the bus suddenly came to a halt with a powerful screech. At that point in time, we were just approaching the popular Asejire dam in Osun State. And out of nowhere came out three heavily armed men, covering a section of their faces with handkerchiefs, with loaded rifles. They must have been hiding in the nearby bush.

I stayed glued to my seat with mouth wide open. What is happening? I asked no one in particular. Are we being robbed? What was unfolding before me was just like a scene in a movie. I had never imagined in my wildest of dreams that I would be robbed one day. My heart was right in my mouth as sweats incessantly dropped from my body.

Paulo, the pot-bellied driver ordered that we all alighted and lie down on the muddy road. I was just about complying when I received the greatest shock of my life. The driver threw a loaded pistol at my new girlfriend. I was shell-shocked. I just couldn’t believe my eyes. The angel had suddenly turned to the devil himself. The girl, who only a few minutes ago had said she was also going to become an undergraduate in the same school as mine, had suddenly become a highway robber. What a surprise! As I tried to call her name, she gave me a very powerful slap and I fell flat to the ground with my face all covered in mud.

It was the arrival of another bus which nipped them in the bud. But as that time they had already had their ways. We had already been completely stripped naked and devoid of all our belongings. The lover turned robber had even made a mockery of me: “Lover boy, have a nice day in school. Wouldn’t it be fun to spend your first day in school with just your underwear?” She had said hitting my head with the butt of the gun. I couldn’t say anything but instead nod my head in shame. I had surely got more than I had bargained for.