You are here: Home / Social and Moral / Zolani and the Suitcase 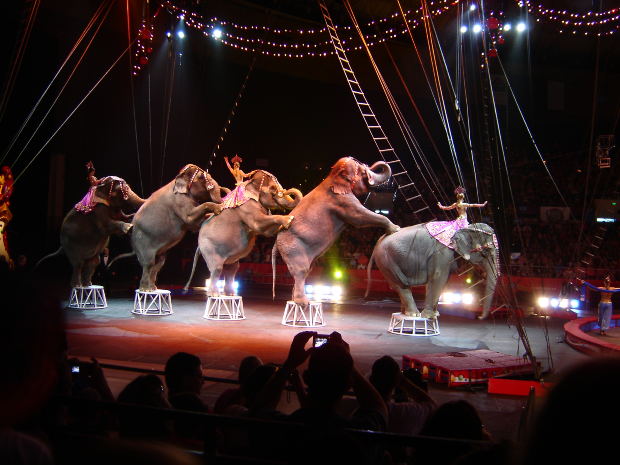 Short Story of Circus – Zolani and the Suitcase
Photo credit: undefined from morguefile.com

Home from the airport after a long trip, I realize that I have the wrong suitcase.

My name is Zolani; I am a 21 year old single male. I live in Mamelodi, Pretoria. I work as a salesman for one of the well-known car dealer in Pretoria. However,as I have no car of my own I use public transport.

I was exhausted, after a long trip from Cape Town.Our company was hosting an annual gathering. Its purpose is to socialize with other salesmen, exchange tips and assist each other, where we find difficulty. I traveled from Lanseria international airport to Pretoria. Pretoria: the city that never sleeps. It was bright and bustling. I had a breeze run through the crowded city streets. After all it was the capital city of South Africa. And now I was heading to the train station.

Pretoria station: people were shoving against each other as the announcer over the loudspeaker announced which platform the train to Mamelodi would be in. We all rushed to platform 5, while at platform 5, it was announced that the train to Mamelodi was now in platform 3. The one in platform 5 was broken. Running through the stairs: with the fear of being left behind.Some would just cross over the railways to get to the other side, just to be the first on the other train.

I managed to secure a seat right next to the door. I fell asleep so quickly, I remember passing only one station. The Mears station: it bellicosely poured in myriad individuals. The train would only spend just about 10 seconds at every station. It’s only the Pretoria station where it spends more than 30 minutes.

When I arrived home, I didn’t get a chance to unpack my suitcase. I just tossed it on the floor next to my bed and slayed myself to sleep. I wouldn’t have heard nor felt anything if I was picked up and placed in a different place. Waking up next morning, I could see through the curtains that the clouds were in a mood for crying. My suitcase was still lying down,next to my bed; I picked it up and placed it on the bed, I opened it and to my appalling surprise the suitcase was empty, how was this be possible? I asked myself. I glanced at the empty suitcase. Someone must have searched it while I was sleeping in that train to Mamelodi, but how could the other passengers just watch and do nothing while someone searches my suitcase or someone must have swapped the suitcase?

But it looked exactly the same as my suitcase. I tried to contact the airport, to check if no one has reported a missing suitcase, maybe someone mistakenly took mine, thinking that its theirs. They said I should come through at the airport maybe they can track the owner. I had to travel back to Lanseria international airport, but this time I travelled by taxis from Mamelodi to the Pretoria town. The airport could not do anything to help. It was out of their hands; the suitcase was empty. There was no way that they could trace the owner. I just had to hope that the person who has my suitcase realizes that it’s not theirs and return it to the airport.

I wanted to throw it away, but I couldn’t. What if the owner returns mine to the airport and asks if they haven’t seen theirs. It wouldn’t be fair; after all,I don’t know who took whose first. But then again I wasn’t sure if the suitcase I had wasn’t mine. I regret going to Cape Town. I went back home. I sat on my bed and opened it again, with hope that I might find something, just anything; a clue or something.

Who carries an empty suitcase? I asked myself, closing it slowly with destitute. Later that night; it was just after midnight. I heard voices mumbling in my room. I was drossy,I couldn’t hear a word. I slightly opened one eye. I saw light coming up from the side of my bed. Seeing the light, I could tell that the voices came from the same source as the light.I tried to open both of my eyes for a clearer vision. When I finally did, I slowly moved next to the light and peaked over. It was the suitcase. Both the light and the voices were coming out from the suitcase. I quickly moved back to end of my bed, I was terrified. I thought of running away, but I was scared. The door seemed to be quite far from where I was.

I saw a short guy with a suite on and a hat; he was formally dressed. I sat there with horror. He was followed by clowns and animals. It was a circus crew. How do you fit and hide a circus crew in a suitcase? Huh! The more clowns and animals coming out, my room stretched wider to fit everyone, and slowly turned into some kind of backstage or change room for a circus crew, with mirrors all over and a wardrobe filled with colorful costumes. The short guy climbed on the bed and extended his hand to me with a smile“Hey, you must be our new boss”

I just stared at him. I still couldn’t believe that all of them came out of that small suitcase, and to my surprise; I was their new boss. I just gave him a fixed looked.

“What do you mean, your boss?” I said looking at the short guy, keeping a serious face. I thought it would scare him off.

“Hey! I may be short, but I am older than you tough guy”he interrupted, pointing his finger at me.

It was like a warning. “Well, I don’t care” I said, showing no interest. “Look here; I don’t know any of you and I don’t wish to, so could you please just return to your old boss and bring back everything that was in my suitcase”I tried to pull an angry face.

“Our boss mentioned that you would say exactly that” the short guy replied. “Our boss said we should definitely trust you when you say those words”I heard a small voice.

“Yeah” added a horse, leaning against the door. I swear I had no chance of running away.

“What did you say your name was again?” I asked looking at the short guy.

“I never told you my name sir, but you can call me Frank” he replied.

“Do you only come out at night?” I asked, thinking about the money I could make with these clowns.

“Yes, and during the day we rest” I heard a deep voice next to me. It was a tiger.

“Whoa!You scared me there buddy” I said as I jumped with terror.

“It’s OK. I won’t hurt you, at least not yet” the tiger replied.

“What do you mean not yet?” I asked staring at the tiger as it walked towards me. My heart was pounding with fear. I could feel my head sweating, and my feet were shaking.

“Let’s just say; if you don’t get us shows, I am going to eat you alive. You would be no use to us. Especially to I, as I am the only one who does the riskiest job here” the tiger replied with confidence, but no one seemed to agree with him.

“OK what?” they all screamed at me.

“I will get you shows, but how do I even know that you’re as good as you look or say?”I asked as I stood up on the bed, so I could get a clearer view of the crew.

“Ok go on,let’s show him what we are made of” the short guy ordered.

“Where?Here?” I asked with confusion. This room was too small for them to perform stunts.

“Yes. We can do anything, anywhere” an elephant sitting on a chair right next to the bed replied. This was madness. An animal this big was sitting on a chair. And so they positioned themselves, singing along to the music; the animals were in their costumes already. First, it was the tiger jumping through the hoop of fire. The short guy was the instructor of the show; he controlled the size of the hoop. He shrunk the hoop to a smaller size and instructed the tiger to jump through once again. They applaud. It was the minimum size they chose, for the tiger’s safety. But the tiger wanted it to be shrunk even more. Then it was the horse walking on its hind legs, the elephant sitting on a chair and standing on its head. I asked them to stop and come back tomorrow midnight again. I also promised them that there would be a show available.

“No!Leave. I have seen enough” I replied And so they went, back into the suitcase.

What do we picture when we think of a circus? Beautiful tents with bright colors, hilarious clowns (maybe not so hilarious for some), the amazing acrobats and trapeze stunts, and of course to make the experience complete, there has to be exotic animals and the “wonderful” tricks they all perform. It wouldn’t be so wonderful if we all knew what it takes for the animals to perform the tricks. The tricks the animals perform at the circus are all amazing, but amazing or not, it is unnatural and cruel. It is not natural for an elephant to sit on a chair, stand on their head, crawl, twirl, or mount on top of each other. To force them to perform these meaningless and physically uncomfortable tricks, trainers use whips, tight collars, muzzles, electric prods, bull hooks, and other painful tools of the trade.

The Animal Welfare Act does nothing to change the conditions in which the animals have to travel or live. Circuses don’t need to be licensed and there are no circus inspectors. Individual animal trainers need to be registered, but it’s pointless; they basically fill in a form to say they train animals – no inspection or qualification is needed. No matter how hard I was going to try and save the poor animals from that suitcase, there wouldn’t be any point of saving them. The circus would carry on with different animals. I took the suitcase to the airport; maybe their boss might see that I am not interested. No matter how hard I wished to have my very own car, how I wished to have a lot of money. I still couldn’t keep the suitcase.