You are here: Home / Social and Moral / The Cow Jumped Over the Moon

Short Story – The Cow Jumped Over the Moon 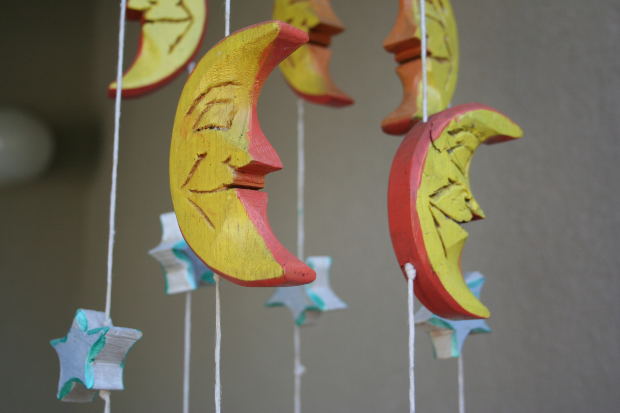 The Cow Jumped Over the Moon
Photo credit: xololounge from morguefile.com

The silken waves of the night rustled its gossamer expanse. Sparks of stars twinkled between its folds. Chalky and luminous lay the Milky Way. Some were the more adventurous of the stars, truant and alone and brighter by far. In solitude, they mused in constant wonder, blinking naively.

The moon watched these solitary stars with interest. It spent its waking hours conversing with them of the inconsistencies and transient qualities of life. The stars hardly understood this profound chatter, each being quite secure, nailed as it were, into its respective place in the eternal empyrean.

The moon was a gregarious fellow, his face wan, and so pimply. It was pitted with craters, ridges and peaks; the most unsightly of them all being, its largest crater, Clavius. With the tremendous greasy brightness he borrowed from the sun, he smeared his face thickly. The sun watching the satin glow of the moon smiled, tongue in cheek, beamed mischievously.Thus made up for the nocturnal binge, well powered and painted the moon set off into the dark aquamarine night.

He indulged in harmless flirtations with the most effulgent stars having them on in turns. These rampages swallowed his hours of leisure. Sometimes he simply rolled and stretched luxuriously upon soft clouds or lolled and hummed a vacant tune. He spent the dreary hours of night thus, while half the word slumbered below.

Often did he languish over the unattainable stars that winked bewitchingly from afar. Then he dwindled and waned until he turned a joyless sliver and vanished altogether. Even when hidden by the obscure night, he was often heard to chant ditties as he joked with his favourite star, a flirtatious creature, which stood closest to him. She giggled like tinsel drops of rain and called him her ‘Cheese pizza’ or ‘Treacle tart’.

One inky night, the moon sailed forth like a full blown sail, into the vast sky. He was healthy and round; quite the host of life itself, giving vent to his better feeling, in frolic. When thus gaily engaged, he was rudely jolted by something landing squarely on him. Stung, he let out a gasp and cried, “O my God! Ouch!”

Upon him stood an opulent Friesian cow with large patches of black and white on its skin. Its heavy udders almost touched the ground. With rumpled horns and a swinging tail, it looked about it in wonder, stomping all the while.

“Oops, excuse me! I’ve been trying to jump over the moon, as is my habit. But this time I didn’t quite make it! My jumps are getting from bad to worse! The last time I scraped my hind hoof and it is so sore! See?” With that she lifted her hoof clumsily for the moon to see. The moon taken aback by this impudence, fumed.

“ I have been meaning to lose some pounds,” she continued oblivious to the moon’s mounting rage. “Ouch! How my hoof hurts! “

Before the moon could interrupt with his shower of abuses, the Freisian gazed up at the towering peaks of the Leibnitz mountains and said with longing, ”Would there be pastures, I wonder; I’m famished! “ As far as she could see it was arid, rocky terrain right up to the zenith.

Here the moon managed to cut in, “I don’t vegetate, you odious creature! Get off me at once, and search for pastures on yonder planets!” The moon festered like an open wound, his dormant volcanoes almost on the verge of erupting lava of blind rage.

At this, the Freisan paused to take note of the glowering moon. Since she was by nature a cheeky thing, “Yuk, what a greasy pimply face! Like my mistress‘–only worse! Pancake, pancake!” said she. Then she swung around, swished her tail and set off to explore.

Not a blade of grass did she find. Meteorites which had struck the moon had exploded and left layers of soft dust on the rough surface. Craters, valleys and small peaks like bristles of an uneven paintbrush, were spread over the moon.
By the time Freisian reached the Straight wall within the sea of Cloud, her legs were killing her and she sat down to rest. Valleys and ridges ran at random across the moon. The plce was as dry as a desert. Exhausted she breathed,

And emitting some loud snorts of disdain, swung her rear tantalizingly at the livid, mystified moon, shed neat mounds of green dung upon the moon’s face. She then wagged her tongue at the bewildered moon and took the great dive, mooing all the way like a far gone thing.

Far below, on planet earth, a tabby with its fiddle spun crazy tune in glee. A dog, the sole witness to this ludicrous scene set hilarious ripples of laughter into the stagnant night air with his boisterous last laugh. And to conclude the happenings of this strangely surreal night, a dish, from a farm kitchen nearby, was spied running away with a spoon.