You are here: Home / Social and Moral / The Crystal Pond – Short Story of Moral Values 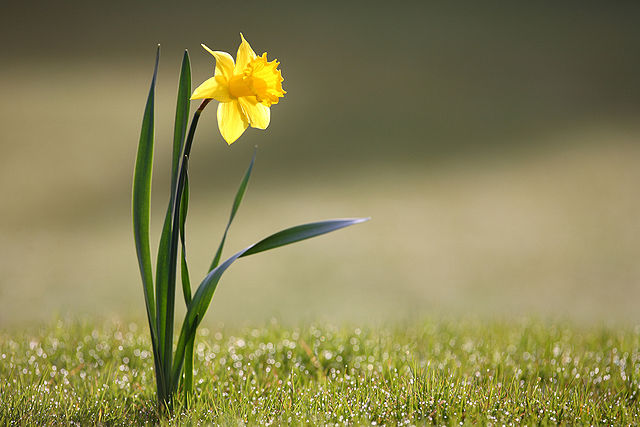 Fantasy is the reality of a fable. There are some standard characters that drive all fables forward, a farmer, old man or woman, and some strange creatures. But these don’t make a fable worth reading. It’s something else, something close to what we know about the world we live in. The most powerful thing about fables is that they can talk about the prohibited in a unique fashion, like the story below.

“I never dared to do this before. I feel proud of myself at least trying to get the mangoes now,” he spoke to himself. His eyes were tracing cautiously, any visible trace of wild animals that could harm him during his lonely quest.

He was a farmer and he went to the forest to collect some seeds of a variety of rare mango tree.

He moved deeper into the woods. He saw a pond, and that reminded him how thirsty he was. As he stooped to drink from the pond, the cloth that he wore around his neck, a part of it, fell into water and for his shock, turned into crystal.

He took it out. It had been cloth a moment before, but now changed into glass. What a transformation! It was magical but horrifying, he thought. The glass part of the cloth stuck with the other cloth as if glued together.

He had to drink water. He had water in front of him; however the reality existed not in his favor. The thirst increased beyond what he first thought.

He kneeled down near the pond and looked into it. On the surface of the water he saw something reflected. It was a flower, a white two petal flower on a tiny plant, near the shore.

“Who would be responsible for this magical pond?” He asked the flower.

“The Creatures who look after this forest,” the flower said.

The farmer remembered the Creatures from the stories told by the older people in his village. They were Creatures with the head of a buffalo and the body of a lion. They resided in the depths of the forest; they were said to be beings from the Other World.

He felt a fierce rage for the Creatures. He felt the desire to curse; he felt it apt.

“Where are the Creatures?” He asked the flower.

I don’t know,” the flower said.

“Those are responsible for my plight. I know my thirst too is induced by them. The only choice left for me is to drink and die a crystal statue. I want to see them. Where are those cruel—” He was about to curse them, but right then the flower cut in.

“I have something to ask you,” It said.

“What did you see in the water when you looked in it?”

The farmer groped in his thoughts for an answer and said, “I think, I saw you, little flower.”

“No…” the flower said with an unsettling grunt. “It was not me,” he said, “think deeper.”

The farmer felt a light bulb going off in his mind. Yes, it was his image that he noticed first on the surface of the pond.

“Do you have any idea what that means?” the flower asked seeing the farmers’ expression.

After thinking for some time, the farmer said, “All I know is that the pond was made useless by the Creatures and I am going to have a word with them.”

“Do you know how powerful the Creatures are?” the flower said, “If they can transform the water into a magical potion just imagine what they can do to you, if you pick a fight with them,”

“Whatever…. I just want to take my revenge,” he said.

“But why do you still want to fight with the Creatures? Didn’t you understand what you found in the water?” the flower enquired in confusion.

“What? I found myself in the reflection,” the man said.

“OK. Do one thing, just check one more time, what you find in the water,” the flower said.

With enough second thoughts as common to any skeptical human being, the farmer went close the pond and looked into it. He found his own eyes staring at himself; then the little flower nearby.

Waves were forming on the surface of the water with the wind from east. It was getting late and if the night fell, he would be lost in the forest. It was believed in village that the Creatures don’t prefer outsiders in the forest after the sunset. The farmer’s heart was beating faster and throat was drying with thirst. Then, right then, he found something yellowish on the bed of the pond—the Flower of the Black Star!

He knew this flower from the tales grand mother had told him in his childhood. She had told him that the flower was brought to the forest by a group of demons who lived in the kingdom of the Beast King. However, the village storyteller had a different version for this story. He always said that the flower had descended from one of the Black Stars in the sky. No one had seen that star, because it was black in color.

So that was why the Creatures turned the water into a magical potion that transforms anything into crystals. They wanted to caution everyone.

The farmer looked at the little white flower. The flower smiled at him. The yellow Flower of the Black Star gleamed from under the pond like a sign of warning, a poisonous reminder of something the farmer now regretted.

“I thought they, the Creatures were trying to kill me, but see; their intention was to save my life. Am I too late?”  He asked the little flower on the shore of the pond.

“No, my human friend,” the flower said, “However, every realization cries for action.”

The farmer dipped the long pole that he used as support for walking in the forest, in the water. It became a crystal pole. He tested its strength by thrusting it hard into the ground nearby. It was strong and sharp.

The farmer looked around for an appropriate spot and started digging a new pond.