You are here: Home / Social and Moral / The Thief 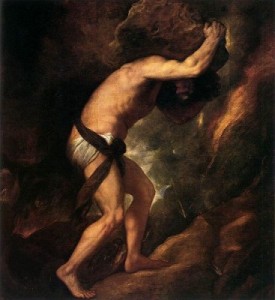 It was that eerie hour just before dawn when the quiet would lullaby everyone to sleep. There were no blaring horns, no more screeching of tires – only the gentle rustle of leaves in the soothing breeze could be heard from Pali’s bedroom. She moved sleepily in her bed, the bed-sheet entangled in the curves of her body. Somehow, she felt suffocated – the congestion seemed to grasp at her throat. She got up half-dreamy, half-awake to open a window. As she opened the latch, the cold breeze caressed her fair skin – She was able to breathe again. Briefly she opened her eyes to look at her baby – naked, except for his nappy, the two-month old had his thumb stuck firmly in his mouth; his eyes closed in ubiquitous peace. She was about to get up on her bed when she heard an unfamiliar sound – quiet yet precise.

Gotama, black as a crow, was engineering his way through the living room window. Years ago, when he was a child, his friend had taunted his mother for the shabby colourlessness of the walls of house- and she had wept – Oh! How he felt when his mother was hurt! – and since then he was on the prowl – that stray dog in the street who masters the darkness of the night – soon their shabby wall boasted of costly paintings and the mid-shelf in their living room was crowned with a beautiful crystal vase.

He had designed the tools himself- he would quietly screw out the whole window frame and then he would lay his hands on the silver Ganesha idol which he had seen being brought into House no 3. Dressed in complete black, he was a shadow in the dark that baffled everyone with his precision. He did not want the money – Nah! He was too above it! But his sweaty palms itched for the excitement which he felt while picking out living rooms of the rich.

Out came the window frame! Slowly he climbed inside house no 3.

Pali could hear almost hear her own heartbeat. Her breathing heavy, she slowly took out the butcher knife which she kept under the mattress. “My baby should not wake up”, she thought tersely, a sudden aura of panic and madness slowly encapsulating her like a soap bubble. Wrinkles appeared on her young forehead, her bare feet kissing the cold floor underneath. Her bosom heaved, synchronous to her steps – Along the corridor! Could she hear someone shuffling in the living room? Or was it the rustling of the calendar on her wall? She crept stealthily like a thief in her own house and slowly moved into the living room.

Gotama, torch in mouth, had almost unscrewed the silver idol from its base. Suddenly, he could feel someone eyeing him. No one had ever woken up in his previous ventures – “Now! Get out now!”- A voice inside him screamed! In a moment of panic, he turned towards the corridor. The beam of the white light of the torch reflected in the shine of Pali’s knife and he could briefly saw her bosomy cheeks- and the torch fell!

Pali screamed – “THi….”, she felt a hand appearing from nowhere and smothering her voice. Snake- like, Gotama had slithered towards her and grasped at her mouth. She lashed out with her knife but it did not connect; a strong blow to her forearm and the knife tingled its way to the icy floor. One palm stifling her lips, his other arm pulled at her hair from behind. Muffled tears of pain and lunging arms shuffled in the moonlit darkness of the living room. Ah! Her elbow connected! She could feel the impact of the bone and the sharp breath of the intruder – the palm on her lips loosened – she is about to scream! – But an overpowering force hits her – and then her head moves towards the hard wall! – There is that knuckle breaking, heart-breaking sound of solid skull cracking! And then there was no sound as she whimpered to unconsciousness.

Gotama felt a shiver run down his spine. Had he killed her? In the clamour of his insides, he could hardly feel any life in the body that lay in arms. There were some voices outside the house. “The neighbours have woken up! GET OUT! – the voices inside him drove him crazy. And then he heard it – from inside the bedroom, floating along with the breeze came the wail of a baby. “YOU HAVE KILLED A MOTHER!” – the voices terrified him now. Fish eyed, he knew not what to do. “Maybe she was alive…Maybe I could…Maybe I could…” – he tiptoed to the bedroom and nestled the baby in his arms – eyes closed, thumb still wet with saliva, the wail continuous – he walked back to the mother – He slowly put the baby in her body – lifeless, was it? The wails stopped – but there were concerned voices which shouted from outside “Pali! Pali!” – he knew he was trapped! As he moved towards the door– the voices outside came closer and closer – he knew he would remain trapped in the shackles of guilt- Will she be alive? – was all he could think. Maybe the people outside would help her –

He opened the front door.

The old beggar in the footpath listened to the breeze as it rustled the leaves of the Xunaru tree above him. The fellow beggars called him Paagol mama – mad uncle – because he used to scream every night in fear of something – something which he said was inside him so no one else could see. Rumours had it that years of jail, of asylum and in the streets had loosened the wires in his brain.

His wrinkled fingers – criss-crossed like dried old mango skin – waited in anticipation for the food being distributed on account of Ganesh Chaturthi. He was hungry – but he did not know it – the pangs which made him writhe were much older than his hunger. He spread his hands because all the other beggars in line were doing the same – A young teenager was distributing sweets along with his mother.

As the young boy moved the towards him, he felt an unfamiliar pang inside him – “It’s the baby” – the voice inside quietly said – quivering fingers, like a spider web, sprang out – as his skin touched the boys forearm. The boy watched in alarm as the beggar started crying – his mother hurried towards them – it had become a howl now – and it almost drowned the Ganesh Vandana being played on roadside speakers .

Gotama attained nirvana under a flowering Xunaru tree, as the guilt of many years seeped out from his insides. “She is alive” – the voice inside consoled him for the last time.