You are here: Home / Editor's Choice / On the Edge of the Cliff

Editor’s Choice: Short Story Remorse – On the Edge of the Cliff 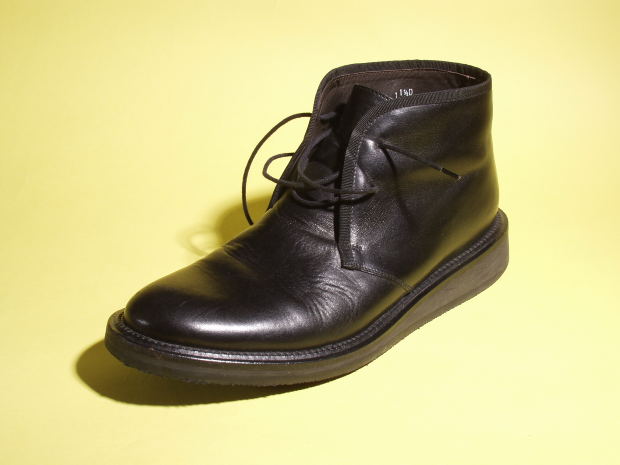 Short Story Remorse – On the Edge of the Cliff
Photo credit: mconnors from morguefile.com

He stood at the edge of the cliff. All he needed was a push. A mental push.

He mentally calculated the distance to the rocks below. If he would have been in his swanky office complex now, he would probably have been standing on the balcony of the third floor.

The only difference was that this was not his office and there was no balcony here.

He reminded himself that he had quit his job sometime ago. He had a menial job slogging on his workstation for some client whose only reasons of hiring people in India were that labor and real estate were cheap. He was paid, but not much. He used his brains while working, but not much. In a nutshell, his life was like most of the white collared, educated, salaried labor class that this country specializes in producing. No, his work life was not the problem. The problem was something else. Something more profound. Something whose roots lay deeper. His life appeared pointless. His money appeared worthless. His clothes, his shoes, his watch and all his material belongings seemed pathetic. His life was not so bad a couple of months ago.

The commute to his office was mostly uneventful. He had to endure the typical sights and sounds of the torture chamber called the “public transport in India” every morning. Every neatly ironed shirt got hopelessly crumpled within the first ten minutes of the journey. Weird smelling hair oils on random heads chocked his nostrils everyday. And the shoes. He had the habit of polishing his shoes everyday till he had started working. The commute to office changed all that.

On normal days, the number of feet that may have left their mark on his shoes could be somewhere around ten. On some days, it went up to twenty. Hopelessly, he had given up polishing before he left for his work resorting to using the services of the poor boy near his office who worked in a makeshift arrangement where he not only mended shoes but also polished and shone them. He was a person he met daily. He had dirty hair and probably two sets of tattered clothes which he wore on alternate days. His lips were dry and his finger nails were dirty. He looked no different than any rag-picker that anyone from outside India loves to take a photograph of and show it to his wife back home. He had big brown eyes though. Those eyes were beautiful.

Their initial interaction remained strictly business related. The boy polished his shoes and he paid him. Not a word was exchanged for the first couple of months. Gradually, their meetings got informal. It took some time but smiles were followed by occasional chit-chat. The duration of their interaction still remained limited to those five minutes per day only partly because of the fact that he had a habit of reaching his workplace right before his shift was about to start.

Two weeks ago, for the first time, the boy had a request to make. By then, their occasional chit-chat had turned into crisp conversations with more meaningful sharing of information. At the outset, his request seemed strange. This conversation was different. It had money involved.

The boy had requested him to lend him some money.

He had promised to return it though. “Why do you need the money?” had had asked the boy.

The boy had not replied but he had probably seen a tear drop at the edge of his eye waiting to gain in volume and roll down his cheek. The boy had wiped his eyes with his dirty hands before that could happen.

“I think I have to go see the doctor.”, the boy had said.

“I have been coughing a lot of late. There is a lot of blood. I am scared.”, the boy had said crying.

He had stood there unmoved. He was not sure he believed the story. A lot of similar stories from a lot of urchins he had met on the roads had an almost similar, albeit slightly tweaked, theme. “Bulls**t”, he had thought to himself.

“I shiver at night too. I have no one in this world who I can call my own. I am lonely. And scared. Please help me sir. I have no money.”, the boy had continued.

“Yeah right! As if this was the first time I am hearing something of this sort from someone of your social standing.”, he had thought to himself.

“Let me see what I can do for you. Don’t worry. Everything’s going to be fine. I am there for you. I will take you to the doctor tomorrow.”, he had told the boy softly caressing his hair.

His words had seemed to calm the boy. He thought he had taken care of the matter.

He had it all figured out. He would not break the boy’s heart right away by showing that he did not believe in his story but there was no way that he was falling into his trap and letting him get away with what he considered blatant extortion.  From the next day onwards, he had started using the second entrance to his office, the one on the other side of the building.

He had started a practice of packing his neatly polished pair of shoes in a plastic bag and carrying them while his commute to work, which he suffered wearing a pair of sandals and then changing into his shoes before he entered his workplace. He avoided the first gate even at the end of his shift, even though he was pretty sure that the boy would not be there then, just to be sure that the boy could never see him again. He thought that he had done pretty well in his attempts at avoiding the boy.

Today had been a different day than all the previous days though. He was just about to enter his office building through the second gate in a slight hurry since he had to change into his shoes before entering the office and he was running out of time. It was then that he saw the crowd near the first gate. It seemed odd. There appeared to be some police-men and what looked like an ambulance from the pre – independence era. He walked towards the crowd partly out of curiosity and partly because he felt a gentle force pulling him towards the scene.

What he saw, froze the world around him. There was the boy on the ground, covered in blood. There was blood all over his tattered shirt, around his lips and on his chin. There were open wounds in his body. Blood had oozed out of them and had coagulated. He appeared skinnier than when he had last seen him two weeks ago. He looked pale and dead. He walked away, as if in a trance.

He quit his job that afternoon and jumped from the edge of the cliff that evening.