You are here: Home / Social and Moral / The Spelling Mistake …!!! 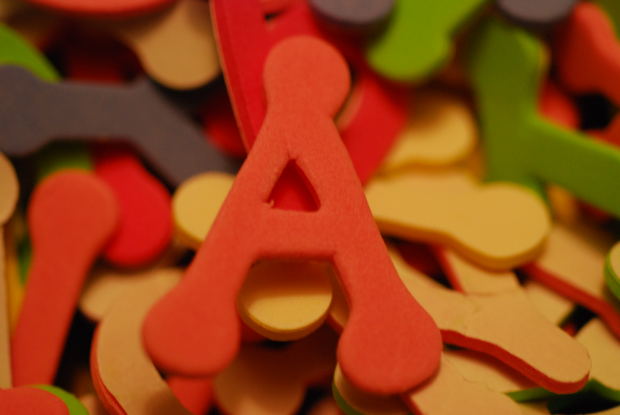 The breeze was rapidly escalating to a gust. And my brisk walk was almost escalating to a tiptoed forward motion. The clouds in collaboration with the darkening sky distinctly dispersed the signs to welcome a heavy downpour.

A few steps more…that Shri Aurobindo statue on the bend…and just one more lane to cover, to dash into my abode.
For most, the pale yellow turned white statue marked a reference for the bend. For me it was a bit different.

The house that cornered the lane is a two storeyed one with a ‘not so common and not so great looking’ caged balcony. The light yellow colour of the building had turned lighter by the various incessant forces often politely curbed under the term ‘weather phenomenon’. But the subject is something else. Just below that Balcony, crucified in a slight tilted fashion, on the wall was a light blue coloured tin board. A few scattered streaks of rust, tearing off the blue colour, stealthily exposed the old age of the board. On the blue, a maroon colour had been made to settle within a shape that as per English language, read as STAR COACHING. The bright Maroon colour expressed itself brightly through all the letters except ‘R’ whose colour had migrated to dull pink. And this much customized treatment of Nature levitated my curiosity to a position, where I involuntarily flustered a deep glance every time I passed by. Later I discovered that it was a bent of fate that reigned in the form of a terrace outlet pipe, positioned such that gravitational force made it to drop its last drops of water exactly over ‘R’, slowly fading it to extinction and firmly firming a spelling error!!

The discovery of truth did satiate my curiosity to an extent, but couldn’t suppress my involuntary reaction. That long glance continued till long. Every evening as I put forward my retreating steps to retreat back home…my slow pace would further slow down near that bend…and unknowingly I would stare at that ‘R’ for a few seconds…and then a few seconds more. As days went by, a sort of regularity crept into the affair…and finally settled to a sense of compulsion. And somehow I began to relate, translate and encrypt the ‘R’ in the cask of my own feelings that enveloped my inner self.

The day I was praised for my achievement, I saw the ‘R’ as someone distinct from the rest, irrespective of its fading colour. The same fading ‘R’ appeared to me as someone ignored when I was among the few non invited by a distant colleague to a private function. On the day of my break up, a deeply pained soul looked upon the ‘R’ as being betrayed by the maroon colour for which the ‘R’ relentlessly suffered the relentless hits of the water drops. The day it was coloured again as a part of a yearly festive renovation, I felt it whispered to me the recent advent of someone new to that special corner of mine…adding colours to life..a sort of ‘love is in the aiR’ phenomenon.

If some instrument possessed the power to assess the efficiency of a relationship, my relation with that ugly looking tin board would have fetched a good rating. We met for few seconds a day…and that inanimate creation of a carpenter successfully fostered and flashed myself to me. The moist blessings of the monsoon permitted some wild moss to spread a thin layer of existence over the wall. And some abstinent version of the same desperately attempted to encroach the corners of the board making it more weary…more ugly. But nonetheless, it continued to serve me for those few seconds….maybe as a mirror with no glass…a reflection with no shadow….or maybe as a customized silent communication but much more than its factual existence of an ill decorated board.

A silent competition almost had its framework built. The theme was whether I could step inside my dwelling and baffle the rain or whether the raindrops would kiss me with their coldness in that cold twilight and prove their grit. The gusty breeze now had more pace amounting enough to induce a slight furor among my small reddish gelled hairs. The feel was good, but a halt could have me lost.

The grass on the roadside had significantly expanded their horizon with the bliss of the rainy season…and they craved for more. The same bliss made the barren soil on the road side loosen up its hardness a bit. The placard on the vacant plot having words inscribed ‘Don’t throw garbage’, in a continuous effort to spread cleanliness was made to attain almost a lurching posture. The gusty breeze in a sense arrayed a sense of audacity, making all the roadside garbage get transferred to the same plot, defying the poor placard.

Amidst all this…my accelerating steps were firm. I just reached the bend and involuntarily, turned my face towards the wall to locate my mirror….it was not there!!!! Frantically my eyes scanned the entire wall to realize that the wall now had a new guest. The old board was replaced by a bright yellow Plastic hoarding. Clearly, permanency was the motive behind. And avoiding the natural evolution of a spelling mistake was perhaps another.

And that was the first time that the halt at that point ascended from seconds to a little more than a minute. I dint lose anything but I lost what I had gained. I lost a living inanimate version of mine. I lost that few seconds of introspection where I used to be infront of myself…where I in a lifeless form used to describe myself to me…with a description that was full of life….Sad I was!!!

Somehow the rain had also mastered the art of attacking in the weakest moment. It immediately in the form of a million drops collapsed on me. The wind turned breeze was still strong…it splashed some more rain on my face…and somehow ventilated me my defeat in the tug of war with the rain.
That minute almost got me drenched. I looked up at the wall again in vain…..only to find a new bright entity firming its supremacy against the wind..against the rain.

( PS – The next few days,I glanced the new entity a few times but that effect was nowhere…rather a faint feeling of something outlandish floated……the involuntary reactions faded away soon after……!!! )