You are here: Home / Social and Moral / What is wrong? 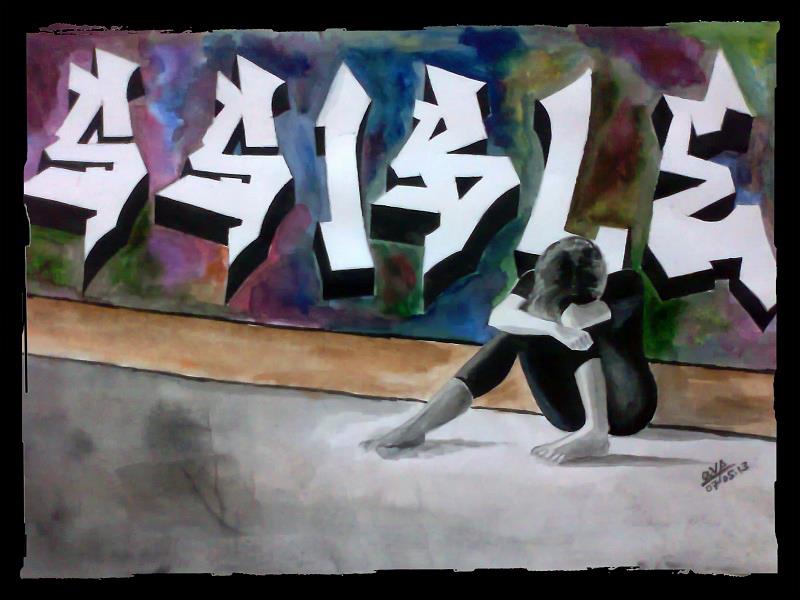 Sanjay Sinha couldn’t have imagined a month back that he would be standing in front of 11 strange people who were judging him and going to decide the fate of his life. The strangest of places these courts can be. Everyone comes with their biases. Yet they make split second decisions just to get that edge over the other guy.

Two months ago an exuberant Sanjay had come back home, after a hard day’s work, with the hope of a better future. Sanjay had just won a auto license through random lottery and was now eligible for driving an auto in the city. Ah the city that never sleeps! the land of opportunities! No other city has got what Mumbai has. Within a month, they would get enough money to put Chetan to school. Sanjay’s was a story of tragedy, hope and persistence. A post graduate from a small town, Sanjay toiled his way out of a daily wage farmer’s home to now a self made man.

At a very young age Sanjay had lost his father to a misguided sense of justice led by a mob who got so out of control that they lynched the poor soul right in the centre of the village. Accused of stealing money from a landlord’s shop, the henchmen sent by the village pradhan took his father away and then they only saw his body lying outside the police station. A few people cried on his funeral pyre. A few even said he was a good man. Sanjay knew his father was the thief. But even if he was, was it a crime that deserved this.

A few days later ,incapable of bearing the constant harrassment by her in laws, his mother took her own life by burning herself with kerosene. Sanjay’s maternal uncle raised him since then. The Uncle was a serious man and would take no nonsense. He was married with two daughters. Every once in a while Uncle would take Sanjay out for adventure trips across the country side. Sanjay was always terrified of those trips. Uncle would do strange things to him during those trips. Occasionally when Uncle saw the chance he would take his daughter instead of Sanjay to the adventure trips. Not sure what they felt about it.

At the age of 15, Sanjay managed to get a scholarship for higher studies. Eventually impressed by his performance, the NGO supporting him decided to fund his bachelors. In 3 years, Sanjay had secured a first class degree in B.Sc. Anthropology. Many years later, Sanjay was working in Pondicherry under Professor and Guide Elle Trunk. Trunk was a well renowned professor of evolutionary biology was recently all over the news. She had proposed a ground breaking idea which had not only startled the entire Science community but had also drawn sharp criticism for simplifying a complex evolutionary process. Her theory stated that the reason for the extinction of the Cro-Magnon in spite of their more dexterity and superior intelligence was their incapability to tell the truth. Cro-Magnon’s were capable of LYING!! An idea which seemed even impossible to comprehend till a few years had been doing rounds among the intellectual class. Her theory was that Cro-Magnon were not designed to trust each other and hence due to intense intra-species competition, they perished and destroyed themselved. Neanderthals in the meanwhile were incapable of lying and hence were better equipped as a team.

After a few weeks, Elle Trunk was put immense pressure from above and had to put in her retirement papers.Elle Trunk went back to her 3 bed room flat in Carter Road in Mumbai and decided to spend more time with her family. A few months later, they cancelled Sanjay’s project. He was given a month’s stipend and asked to leave. Somehow it all felt very coordinated. As if someone didn’t like her idea too much and decided in their best interest to shut it down. But why would some one take all the effort to do this. Sanjay was without a job. He had just repaid his student loans and was getting into a stable married life when Sanjay absolutely had nothing to do. A few months later, they had run out of finances.

After borrowing some money from his friends, he took his wife and 4 year old son to Mumbai in the hope of stable life. He was being called for a few interviews but because of his village back ground and poor communication skills, he was rejected everywhere. Too bad even today books are being judged by their covers. Eventually he decided to drive a taxi during night shifts. The money was good and it was peaceful. In the early mornings his wife would go to houses for sweeping and cleaning the houses in the neighbourhood. A few months later Sanjay got enough money to apply for an auto license lottery.

The judge asks him if he had anything to say in his defense. Sanjay obliged.

11 strangers looking at him in contempt. With a piercing gaze of an eagle they stared at him. Expecting an answer. Demanding an answer.

This was the case of the year. On the one side the media was running a blotting campaign against poor Sanjay- portraying him as a monster who would take the life of anyone he pleases. On the other side the keepers of the society. Finally the debate between age old traditions and the right to life comes back to the hot seat. For the first time, even the authorities are willing to hear.

According to the Indian Penal Code, Lying was punishable by death. That was the central theme of this case. If the rule of the land states that a crime is punishable by death, did it matter who gave the punishment. With increasing percentage of people coming forward and willingly accepting their “Liar” status, the Indian government becomes the first to even consider giving a fair trial to a murderer who killed a Liar.

Sanjay had been accused of poisoning his own wife and son because they had somehow learnt the ability to LIE. Sanjay could now even face death for his crimes. The jury had been carefully chosen after a month’s search and with the government’s willingness to give a fair trial to the man.

On that fateful Tuesday, Sanjay was sitting in his one bed room abode in Dharavi and was dreaming of having a fleet of autos at his disposal. In an year of driving the auto, he could buy another one and rent it out. In another 2 years, he would have 6 autos with him. Then he could stop driving and think of buying a taxi also.

The phone call took him out of suspended animation. A call from his friend Kamal who also had won the license, “Hello, Yes Kamal”

“There is some big conspiracy man! They have cancelled the licenses!”

Sanjay was hearbroken. He didn’t have anything else to say. He couldn’t. He had put in all his life’s savings into buying the autorickshaw. Plight of the poor helpless Indian. There were people who spent crores in lavish parties and there are those who in their hopelessness took away their lives for mere loans of 50 thousand rupees. Who was to blame Sanjay thought. Was it the government. Was it me. Or were all people on earth responsible for this gross misappropriation.

Sanjay took a moment to control himself. What were the options left. There were none. His wife was an illiterate village girl from Bihar who had been abandoned by her family on a railway station platform and left to mend for herself. She also had the IQ of a 10 year old and was probably abused by many on the way without her realizing it. She was then raised by an old man who made her work as a servant at his home- modern day slaves- they exist even today. But was she glad to have survived this ordeal called life. Yes absolutely. The possibilities were immense. Of them all, she becoming a servant was probably one of the better ones. A few years later she met Sanjay and he became his knight in shining armor.

How would I give my family a decent living, Sanjay thought. Was this experience called life meant to be filled with pain and agony. Is this what everyday of our lives was meant to be. Worthless lives meant to get lost in the ocean of time. He felt hatred towards the world, toward life. He wished his it had ended in an instant. His only reason to look forward was his child. He was glad that he was still not old enough to understand this cruel world. But the poor soul would also be condemned to a life of wretchedness and despair. Did he deserve. Did any of us deserve it.

Presently the defence prosecutor mentioned how his wife and son had repeatedly been LYING to Sanjay and in spite of his warnings they continued their deceit. Sanjay had also warned his wife of the legal status of LYING and had told her that if caught by the authorities she and her son would both be sent to gallows. Over months his wife would LIE to him about the finances and where all the money was getting spent. Even their son had learnt this evil practice from his mother and Sanjay was left with no option but to take action in the interest of the society and the greater good. They even asked him to be deemed a HERO for what he did and how he was true example of the Son of the Soil.

The case had received so much media attention that even the Parliament was forced to relook at the Constiution and consider an amendment to the Article 42 which bans any Indians from Lying. Many esteemed persons had come out and openly criticized this move of the government and called it primitive and unnatural. Currently only 2 countries in the world had legalized Lying and another 26 had decriminalized.

On 22nd April 2024, just days after he was acquitted, Sanjay was found in a pool of blood apparently committing suicide by slashing his wrists. A suicide note was found which mentioned that he took his own life because it was He who was the Liar and that he had lied about the entire time in court. A perplexed police, could not figure out if he had written was really the truth or was he lying again.

A month later, an illegal temple was raised overnight in the heart of Mumbai with Sanjay’s idol placed in it. The hand of right wing fundamentalists was suspected.