You are here: Home / Social and Moral / THE PINK BREEZE 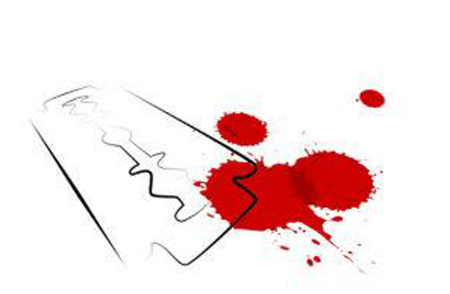 8.30 AM , December 24 , OPTIMA NEWS 2012
BREAKING NEWS THIS HOUR—–Young girl’s body found in a bag in Rose Garden,
Tekkdi Nagar area, this morning——–Police are investigating and so far no one has been arrested——let’s move on to our Tekkdi Nagar Correspondent Srimant who is with Senior Inspector Raman Panag——– “Srimant can you hear——(Srimant nods) ——tell us what exactly is the situation at the Rose Garden?” “Srimant: Yes. This incident has created sensation all over the city and here I have with me Senior Inspector Raman Panag.”

Srimant: “ Sir! What actually happened here?”
Inspector Panag: “The caretaker of this garden informed us this morning that he found a blood-stained bag at the garden under a bench.”

Srimant: “Sir! Has the victim been identified ?
Inspector Panag: “No. Not yet. We are trying to identify the girl and will inform the media once the investigations bear some result.

Srimant: “ Ok! Thank you Sir!”—————The girl’s identity is yet to be established.We are continuously monitoring the progress of the investigation and will bring the latest to you(viewers). With cameraman Satish Bholenath, this is Srimant – Optima News.

9.00 AM ( at the Police Station)
Inspector Raman Panag watched the headlines on the TV in his cabin. An unknown fear seemed to loop his mind. Days of dealing with heinous crimes had left him completely fatigued. Each day brought a new challenge and it all seemed a never-ending affair. Notwithstanding the awareness programmes conducted for the common public, the crime rate was rapidly escalating the charts.He held his head with his right arm and sat restlessly on a chair for a few minutes before returning home.

Panag decided to call his 18 year old daughter Nandini who stayed in her college hostel and was planning to visit him shortly. On his phone-call, the matron replied that Nandini had gone to her friend’s local guardian’s house and would return only in the evening. He tried calling her on the mobile but the continual beep sound meant that either the phone was switched off or the battery had completely discharged.

“ Dad! What happened? You seem restless.” Atul, Panag’s son,aged 16, had woken up after watching a very late night movie with his friends.

“Yeah! Wanted to talk to Nandini but she is not available on the phone. This girl is becoming incorrigible day by day. Did she call you?”

“Yes Dad!”Atul curved a smile nonchalantly and replied, “ Dad! You know she has joined the protests against the December 16, Delhi Gang rape Case. She told me that her group is even planning to meet the Prime Minister with a protest letter to hang the culprits. You should be proud of her Dad!”Saying this, Atul left the room.

Atul and Nandini are motherless kids and can’t be blamed for their ever- enthusiastic predilections to change the world . This is the young blood and it simmers for some cause or the other in every century.There is no occasion in remembrance where the duo have met their father and seeked his advice on real hard times (the bollywood movie RANG DE BASANTI runs through their veins even after 6 or 7 years of its release), and this was the matter of concern for Panag’s unidentified-yet-known fear.

“Sir! We have got more information on the dead body. The girl was murdered last evening between 4.00 and 5.00 pm. And prior to the murder, her face was strewn with acid by two men on a bike. The bike has been found abandoned near the Batmust Lake.” Constable Amar Nath reported the latest proceedings to Inspector Panag as he reached the police station.

“That’s a good news. Now very soon we will be able to nab the culprits. Oh! What’s this noise outside?” Panag questioningly looked at Amar Nath.

“Sir! I think they are the reporters from different news channels, waiting for you to give the latest update.” Amar Nath replied.

Inspector Panag came out of the office and narrated the latest updates to the media. He also requested them to wait until a press conference was announced, to be held by the Commissioner of Police. The media left after some murmurs while Panag could see a few cameramen , laying their cameras aside , waiting for some sort of sensation at the police station. He felt it right to ignore them and resume his work.

After the dinner, Inspector Panag opened the pending files of a few cases that had been awaiting his course of action for quite some time. He thought, “ What a life do we policemen have! We the caretakers of society seem unanimously helpless in bringing an order in the society. What is lacking in us?Is it the absence of considerable man-power in the force or Is it that our blood is losing its true colour?”

However, shifting these recurring thought – provoking views to another corner of his mind, Panag looked at the files and immersed in them till it was 12.30 am and time to sleep.

Panag woke up with a jerk, hearing the ring- tone (Sare Jahaan Se Achha) of his mobile. It was a call by Constable Prakash Ojha from the police station, “ Sir ! A certain politician’s relative requires your intervention in his case. Please come to the station immediately.”

And people in this country opine that a policeman sustained his uniformed-power either by getting their palms greased or by becoming a sychophant to his bosses and ministers, earning despicable wrath of the public !!!!!!!

Gopal Das, the politician’s relative was awaiting Panag as he entered the police station.

“ Sir! It so happened that my father died of Kidney failure in the city hospital and when I went home to inform the other members of my family about the death, another group of relatives silently sneaked the dead body out of the hospital. The property papers prepared a few weeks ago by my father remained unsigned so the dead body was now whisked away by his half-brother’s sons to take the thumb print of the deceased.” Gopal Das narrated his story in a single breath.

Panag laughed inwardly and asked the constable, “By the way Amar Nath! Did you collect the report of the murdered girl from the forensic lab?”

“Sir! The report will be handed over to us at 2.00 PM today. As soon as I get the report, I will inform you.” Panag left the police station and proceeded to investigate the case of the missing body.

Inspector Panag lay on the bed of the city hospital. He was recuberating after a massive heart stroke and had been advised a complete bed rest. Atul sat on the stool near the bedside and said, “ Dad! I have cut some apple slices for you. Please eat them. My friends will be here shortly with the letter duly signed by 40 of them and hand it over to you.” Raman nodded with a ‘yes ‘and took the fruit plate.

Soon Atul’s friends ( 8 of them) swarmed the room . They gave the letter to Atul, enquired about the patient’s well-being and left the room. Panag took the letter from Atul and promised in a feeble tone, to do the needful.

Atul and his friends have written a letter to the police commissioner and a copy is to be forwarded to the Chief Minister’s office. The letter read:

The Commissioner of Police,
New Delhi.

In view of the growing crime in our city, we, a group of nearly 40 students, have decided to form a YOUNG INDIAN BRIGADE , which will help the city police to have a check on the criminals. A detailed plan is getting ready and will be submitted for your kind perusal .

At present there are 40 members in our brigade and very shortly we will organise awareness programmes for the people. A group of girls from various institutions has agreed to conduct workshops in self-defence for the weaker sections of the society.

We have already discussed the agenda of initial action with the city police here. We would be much obliged to you if you could kindly give us the consent to progress with our course of action.

A copy of the letter is likely to be forwarded to the Chief Minister’s office too.Sir, we know that it is impossible to completely uproot the crime in this country but atleast we can try to control it through our efforts. We want our countrymen to realise their responsibilities towards their motherland through this initiative.

Looking forward to your guidance and a favourable reply.

Panag read the letter several times. Was his dream of a Young and Good India coming to reality? Was a group of New India already in the making? He folded the letter,put it in a cover and pasted it.He called Constable Prakash Ojha, who had visited him to update on a latest case of robbery.

“ Prakash! Please take this envelope and post it right now. The letter is urgent and has to reach the Commissioner Saheb at the earliest.”

After Prakash Ojha left, Raman took out his wallet from the side pocket of his Kurta. In the meantime, ten steps away from his bed and at a considerable height , flashed the afternoon headlines on TV.

BREAKING NEWS THIS HOUR——-A new twist to the Rose Garden sensational murder case of NANDINI PANAG———Police today nabbed the third culprit from the outskirts of the city———the culprit, a woman drug peddlar , is said to have masterminded the murder———–police have already obtained the custody of the other two male culprits——–sources reveal that the motive behind the murder is Nandini’s crusade against Drug Mafia apparent in schools and colleges——-all the three will be produced before the session court magistrate tomorrow———————————

Inspector Panag cast his well-brimmed eyes on the wallet, took out the photograph of Nandini and wept aloud for the first time.