You are here: Home / Social and Moral / Heart of a Stone – Short Story with Moral

Heart of a Stone – Short Story with Moral 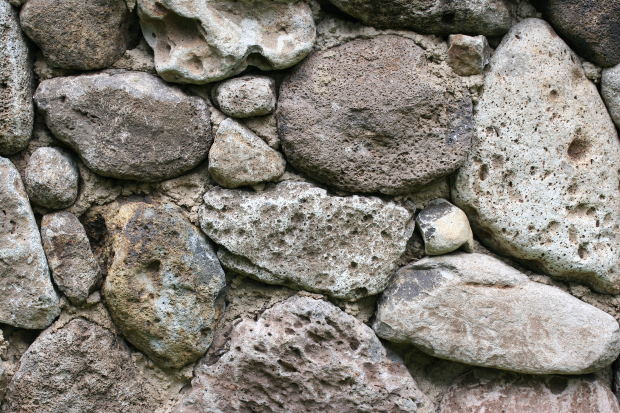 Heart of a Stone - Short Story with Moral

A half-struck stone beside aged Pipal tree was an obstacle for all the passersby — during the peak hours of crowd, it was very difficult for the stone to bear all pounding of feet’s, in such an infancy stage. The half-struck stone is shiny little marble, a part of the Mother Earth Womb, which with the course of its wear & tear, found a way to be born & half-struck was its destiny. It seems.

The mud, dirt & sediments, have worn out its bedazzled beauty & made it half-struck by purpose. It seems that stone is not born fully yet. Its half-struck form often brings lots of loathing and swearing from the passersby’s, which got hurt by its pointing edges or seems to be baffled that it was just in their way.

Since the nearby road was muddy & unpaved, sometimes heavy vehicles like trucks & carriers swipe past it like a soft cuddle & whispering teasing words in its ears. The stone heart has a great bearing power; still it’s a Heart after all. The consistent Foot Traffic Abuse has been making its heart sinks & spirits go awry.
The aged Pipal tree was its consolation, to provide comfort & shade, in its half-struck luck.

As an Infant, stone was so chirpy, energetic, enthusiastic & full of hopes. As the time fly, stone now seems to be frightful of the little obstacles & unknown situations. The heels of shoes & pedestrian footwear’s hitting right on heart or head makes it think about its destiny. It requires a great deal of patience & virtuous character to bear the yells & cuss from the miffed pedestrian’s .The honking of horns & hollering from the heavy vehicle often makes its heart goes shiver & restless. All they wanted was its death. These revenge & adventure seekers often try to break its spirits into many pieces, as a punishment, for making them stumbled or for wearing out their vehicles tyres. Yet stone was upholding its broken spirit.

Sideways shrubs, herbs, other aged tress & young plants used to mock, stone all day & call it with many mischievous nick-names & even rhyme for their little amusement- “tiny whiny stone, struck up there on its own!!” All day loud laughter’s & pun directed at stone hasn’t made it bitter or full of vengeance. It still feels family & at home with all of them around.

Aged tress though sometimes out of mercy keeps on motivating stone —to try harder & see if it can get past that place & stay somewhere safer. They often told stone beautiful & inspiring stories, & hoped someday, anybody can take it home & made something beautiful out of its extinct identity. Stone learned & believed in words of wisdom.

Decade has gone the stone is older now & it is still waiting for its purpose to get revealed & to see the world which it has seen in stories & wisdom tales, a far-stretched world of reality infused with dreams which appears , beautiful not harsh.

They say patience & virtue pays in ends. The pavement of road has now started as the park, in the memory of some great political leader, was being constructed few miles away from that place.
Sometimes, laborers from construction site & their children, try to decompress it, from many places, through shovel & pelting other pointed stones on its heart & head. All this was making its shiny & crusty appearance looks somewhat disheveled. Pointy edges have been given place to rough side corners, broken edges & forlorn appearance on its always smiling face.
When people or visitors come to sit in shade of aged Pipal tree & they make it purposeful by either opting to sit or to stand or to use it as an object of fascination.

Gradually, the look of stone starts to metamorphose into something which on closer inspection would reveal its similarity to some idol shape— few people have started talking that it looks metamorphose Shivalinga (a sacred idol of Hindu Religion), others contemplate it to be a form of Lord Ganesha long trunk or some hidden symbol of religious importance, while others just follows & spread the like-minded words. It soon becomes Lucky Stone, sacred enough beside aged Pipal tree was adding its magnificent charms & beliefs.

From few interested eyes the stone has got many interested eyes & visitors have started flocking the place of fascination & curiosity. Among these visitors, few started taking its snaps & sharing it with the rest of the world. That’s how soon the charm of stone spreads far across areas also.

As the “Words of Charms” spread in the neighborhood, the local political party visualizes this as a good bait to cash the religious sentiments & grab caste vote in their favor for forthcoming elections. An all-party meeting was called urgently to discuss this lucrative opportunity before it catches eye of other rivals political parties. It was decided unanimously at the meet to announce the erection of a grand temple in that vicinity & declare it as a place of religious & scared significance & popularize it as a place “to welcome crowd from all religions & castes, to spreads noble message of love & unity.”
The grand temple is erected with beautiful white shiny agate wall, eye-catching ornate wooden designs, decorated doors, chiming bells & stone is worshiped like an idol now. Its proximity with the aged Pipal tree has increased its religious significance.
The long wait of purpose with patience seems to have borne sweet fruits at last. Earlier people, who used to curse it for being half-struck, were worshiping it now & asking for penance for their sins & misdeeds.
The singing birds comes & sit there on the temple walls & visitors & devotees now feed Pipal tree & that half-struck stone, sweets, water, milk , flowers & love. Earlier, stone used to stay thirsty & waited for few drops of water for long time. Dew drops & rains used to be its only blessings.

Stone is happy now as its patience has shaped its virtue, character, and value and fate altogether. A heart of stone is happier now & thankful for aged Pipal tree trust & companionship in its journey to find its Purpose.