You are here: Home / Social and Moral / All he needs is love 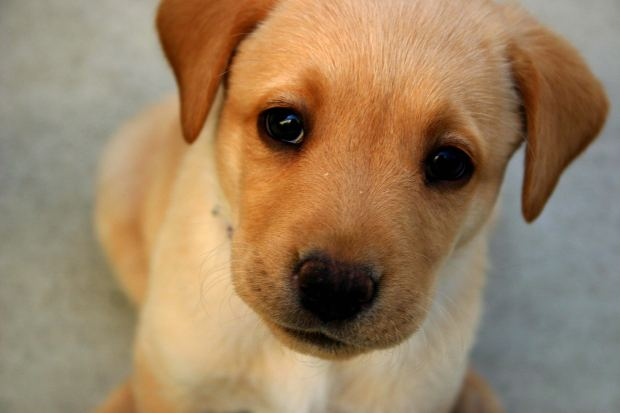 Short Story Social – All he needs is love
Photo credit: irkengirdib from morguefile.com

This incident happened to me about a month ago. I work for QUPA which is an NGO for rescuing abandoned or abused animals.

One day, a man, who looked like he was in his 40’s, walked in. He had quite a shabby appearance and his clothes weren’t that clean. He came up to me and told me that he wanted to adopt a puppy. I told him to go ahead and look at the puppies. He walked away and after around half an hour, walked in carrying a three-legged puppy with him. I asked him why he wanted one with only three legs, and he said,”I have my reasons.” I just smiled and handed over the application form for him to sign.

He took his time and after a few minutes, gave the form to me. Apparently he’s a middle class man, and lives in his own house with his wife and one son. He had a low income and wasn’t that well accomodated.

So I told him that he couldn’t take home the puppy. He was agitated and asked me why. I told him that he needed to be well accommodated. The puppy had been through a lot of abuse and had to be taken care off well. He was disappointed and walked away.

I felt bad , but there was nothing else I could do.

The next day when I went back to my workplace and looked around, the three legged puppy was missing. My colleagues and I  searched for him for a while and then I remembered the man from yesterday. I searched for his application from the dustbin and was relieved when I found it.

I found out where he stayed, and was surprised to see that his house was smaller than I imagined! The surrounding neighbourhood was also not that developed. I walked in his door and saw the most heartwarming thing.

There was a handicapped boy, about 10 years old, with only one leg, playing with the three- legged puppy! It was such a joy to see them play. The puppy was so happy and jumping around while the kid was also so excited!

With a huge smile on my face, I turned away to leave them to it, and there was the dad looking at me.

He told me,” I’m so sorry, but the puppy doesn’t need a good accommodation or a wealthy family. All he needs is Love.”