You are here: Home / Social and Moral / At death’s door 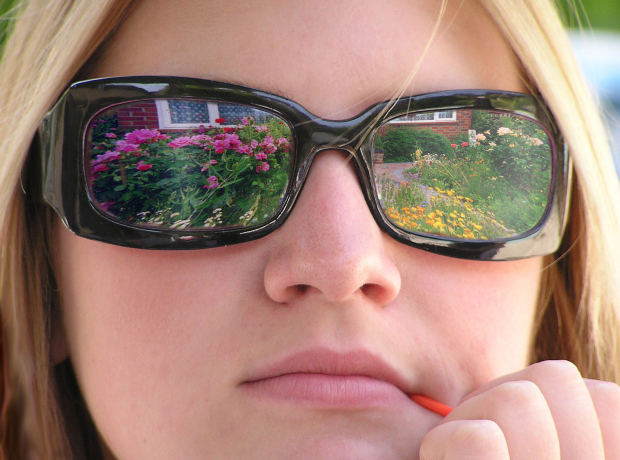 Social Short Story – At death’s door
Photo credit: beglib from morguefile.com
(Note: Image does not illustrate or has any resemblance with characters depicted in the story)

We were patrolling. He and I. It’s always us. Not that we know too much, not that we love attention, not that it’s only us on site. It’s just that we love our jobs and we will probably die doing it. When we’re at work, we don’t play. I should say; we mean business. I asked him several times for us to got at it slowly because some of our colleagues are beginning to hate on us. They’re of the view our bosses will give them free transfers to other areas as all they catch them doing is sleeping.

When I’m off duty I sleep a lot and at work I’m like an owl. That’s why I’m disliked like this and, that’s why I earn $350 almost every month. We come earlier than is expected and do our routine checks; the padlocks, the doors, the windows, the roller doors but not every man likes what we do or how we do our jobs.

I had a dream not so long ago of I being the site’s boss but my dream was shattered by a jealous colleague who suspected I was a criminal though he couldn’t give those he told lies what was it about me which made him think that way. My conclusion was this; he was lazy, a bum and was most likely to suffer if God gave him more days on this earth. In day one he came driving a Toyota Corolla which he end up scratching right there on site.

He was trying to park it and all of a sudden; boom! He hit a garden’s display-rock. As was expected by I; I was blamed by his neighbourhood’s residents for having had wrongly instructed him during his car-parking expedition. I have every right to call it an expedition because he had come with his car to work to show-off. Now I sound like I’m jealous because I’m always expected to be.

When I ask people to teach me how to be jealous, they say they think I’m crazy but as you’ve just read, my answer is right there in your face, I’m no jealous type. Late afternoon when I arrived at work he had calmed down and was now accepting he was in the wrong. At first I wondered why he chose to ride his precious car to work and I thought it was because a wannabe driving a black car opted to visit me while I was on duty but fail to do so when I’m at home doing absolutely nothing. She and others who claim to love me, never show it or say something when I’m doing nothing but want to distract me whenever I’m busy. I don’t know what’s it she know about the wannabe, a young woman who always acts like I owe her something. For days; I needed answers and couldn’t get any ‘til one of his off-work bosses gave him the go-ahead to come fetch used steel-fence from his yard. For days he was grinding them down, shredding them to pieces.

‘These things are old, he told me. ‘I don’t see me making a family fence with them.

I shrugged, then nodded.

Right there came a big white truck driven by a woman. I thought to myself; she might be his. I was right. Long before she parked next to the guardhouse, both their eyes lit up.

‘My oh, my,’ I said. ‘What a beautiful wife you have for yourself there JOJO.’

‘She’s my sister,’ he answered bluntly.

‘There’s no sister who could give her brother a smile she gave you. Come on, tell me the truth.’

‘You’ve heard me. If you’ll excuse me. I’d like to load the scrap on the truck quick. Before this street becomes busy again with traffic of residents coming back from work.’

I gave way, opened the gate and followed them. Wife was now live-in-lover. How nice. I had warned him before about lying to me but there we were again. He lying to I like I was his spouse.

‘Yes,’ she replies seemingly irritated by my question.

I can’t seem to take my eyes off her. I don’t know why. Instead of his husband getting angry. He laughs his lungs out. I still don’t know why. I was expecting him to seethe like he always does when its he and I working.

‘At the rate you’re living this life,’ he once told me. You’ll never have a family.’

It dawned on me later that the lady who has her eyes set on me knows his girlfriend, that they had been together for over ten years and is yet to pop the question. But he has the guts to lay down the law on my life, indirectly tell me how useless I’m. Telling a person they’ll never amount to a thing is an insult. We brawled and were both got expelled by management. As always, I shouldered the blame because I had no shoulder to cry on .

Last night I dreamt about the events which lead to us being fired and I woke up wet. The events, though unreal, made me lose my mojo and think that life is over. Us having had jumped the wall fence after a suspected break-in, I being too close to being shot by intruders, hearing no alarm sound because I had become a deaf-mute of some sort. Thanking my lucky star as the very friend-turned-enemy pulled me over and advised me to jump the wall quick. Before he pulled me over, I was at death’s door and couldn’t realise. Now that we’ve been fired, I don’t know were to find him. Watching a patrol car hit the roller door on its way in was like a scene from the movies.