You are here: Home / Social and Moral / HUMANITY CANNOT DIE 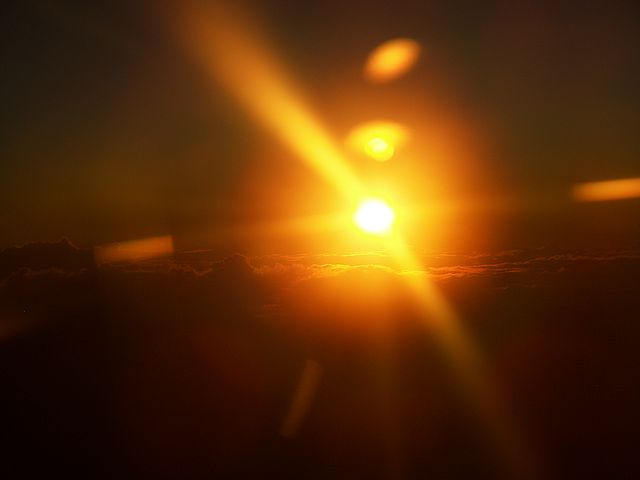 The sound of ‘kook… kook… kook’ whistled in the air and people of Gitapur set their clocks at 8.00 in the morning. They knew that Meharban Chacha’s grind mill starts exactly at 8.00 A.M. Sometimes the pips of the transistor before the All India Radio morning news and the kooks of Chacha’s grindmill aired simultaneously.

Gitapur was not only a Hindu village as its name suggested. There lived Hindus and Muslims in it. The majority was of Hindus. Except the methods of their worship, it was difficult to differentiate between them. They spoke the same language. Their names were very common and sufficient to confuse one about their religion. They were named Madi, Mussa, Fattu, Shukroo etc etc. For a particular name no one was able to tell whether that was of a Hindu or of a Muslim one until they were told so. They worked together, ate together and celebrated their festivals together.

What was his real name, no one of the village really knew. They called him Meharban Chacha (uncle) or simply Chacha out of love and affection. The oldest man of the village, Janaki dada had told the village folk that he had seen Meharban since his childhood. Chacha worked for those who called him. The whole village was his and every house whether of Muslim or of Hindu was his. And every home was his home. One day at a Hindu’s home, another day at a Muslim’s, he would stay. Whoever wanted any help, called Meharban and he was before him or her. Meharban ploughed their fields. Meharban drove their mules and horses. Meharban grazed their cattle. Meharban brought their water. Meharban went to the nearby town Madhopur and brought articles of daily use for them. What was there Meharban could not do for them. Village folk treated him like their son—no discrimination at all.

How he acquired the name Meharban, nobody knew. But most of them thought : he was ‘meharban’ or kind to everyone hence he was named so.

Janaki dada had told the villagers that a passerby brought Meharban to Gitapur. Then he was 5 years old. That time the boy could just tell that he was going with her mother to his grandmother’s home and due to illness she died on the way. Nobody knew what his religion was or where did he came from. Neither there was any need of it, they felt.

Meharban had never been to school. But he learned to speak, read and write Hindi as well as Urdu. Many of the verses of Quran, Mahabharat and Ramayan were on the tip of his tongue. He would often say, “La haul wa la quwwat..” (no might nor force, or there is no might nor force except through God) and “Karmanye vadhikaraste ma falesu kadachan” (do your duty and don’t worry for the result).

Sometimes he went to the mosque and at times to the temple of the village. For him Allah and God were one. He recited Kabir’s Bhajans in such a melodious tone that those who listened to it, swayed their heads in ecstasy.

Meharban Chacha did not marry. “Marriage”, he would say, “is an affliction for me.” He worked for Gitapur and its people and in exchange got everything of his need. They made a pucca hut for him. When he was 40, they handed over their collective watermill to him. He looked after the watermill and got a fistful flour per Kilogram as grinding charges. The watermill had to be closed due to shortage of water and then the village folk collected money and bought as diesel-run grindmill for him. He would spend his savings on the poor and the needy of the village.

Meharban Chacha lived in his hut and run the grindmill in time. People from far and near came to his grindmill, to grind their grain. And for more than this, to seek his advice.

“Chacha, my daughter has come of age. Search or suggest some suitable bridegroom for her,” some of them would request. Chacha would nod his head and interestingly within six months the marriage would settle with a suitable boy. No one rejected or opposed Chacha’s advice—not out of any fear from him but because they knew they could not arrange a better marriage than that. They also believed that the couple who solemnized marriage with Chacha’s blessings would lead a happy and prosperous nuptial life.

Chacha would exhort, “Look at this grindmill. Learn from it. It is grinding your grain without any distinction or partiality. Its two stones live together and serve you. You are human beings, why can’t you live happily and peacefully? What will you carry with you from this world? Be good, do good and spread good.” People felt non-descript peace in his company.

Gitapur never knew that there were two communities in the village. Its people never knew the difference between Hindu and Muslim. Everything in Gitapur was going on well before 7th December 1992 when there was rumour in the village that the disputed Babari Masjid at Ayodhya was demolished the previous day. Iqbal of Gitapur had learnt it from Rasheed of Hamidpur, a nearby village with Muslim majority. Rasheed had bought a newspaper containing a photograph of the so-called Masjid being demolished by some youths. Rasheed accompanied Iqbal to Gitapur. He exaggerated the incident and showed the photograph to the Muslims of Gitapur. He made an exciting speech and said that Islam was in danger. He appealed them to unite in the name of Islam and eradicate the ‘enemy’.

The Muslims of Gitapur had never heard any such speech. They could not make out what to do. They all went to Meharban Chacha for his guidance. Meharban Chacha said, “What have you to do with the Babari Masjid. Our mosque is in this village itself. Don’t get excited. This dispute is nothing but a trickery of the cunning politicians—it’s all for their vote banks. They want to woo the Hindu voters by this. You need not take heed of this. Go to your homes and forget about this. Do your work. Don’t bring the dispute to this village. Don’t take any wrong step.”

Rasheed came back with them. He was infuriated and said to Iqbal in the presence of all of them, “This man is not a true Muslim. Otherwise his blood would have boiled at this news. I suspect he is not a Muslim. He is a Hindu in disguise.” Then Rasheed went nearer to them and whispered, “I heard he also goes to temples. I saw picture of a Hindu Goddess in his room. It means he is a pucca (ardent) Hindu and a Kafir.”

For the first time in their life they thought that Meharban could be a Hindu. For the first time they felt that they were Muslims, different from Hindus and Hindus were the enemies of Muslims. They were easily infected by the lethal virus of suspicion.

That evening some Hindus saw Iqbal going with Rasheed. They came to know of the speech that Rasheed delivered. About twenty Hindu youths collected in the house of Manohar and then went to Meharban Chacha. They told him everything what they had seen or heard of the activities of Rasheed and the Muslims.

“They are not in their senses. Soon they will calm down. I have already told them not to take any wrong step. They will do nothing. I’ll tell them.” Chacha tried to assure them.

Manohar did not argue with Chacha. But it was for the first time that he and his companions did not believe Chacha. “I think Chacha is favouring Muslims. It means he is not a Hindu. This is why he daily goes to the mosque. He knows Urdu very well. There is a picture of Mecca in his possession. He is a Muslim. We should not trust him,” said Manohar to his companions.

This was sufficient to raise a doubt about Chacha.

The fine fibrils of faith broke with a jerk, all of a sudden.

The next morning the news spread in Gitapur that Hindu houses in Hamidpur were set on fire and the life of Hindus was in danger. Some enthusiastic Hindu youths rushed to Hamidpur for their rescue.

Communal riots broke out throughout the country. Many lost their lives. There were incidents of arson, looting and communal violence. Curfew was being imposed on several parts of the country. In Hamidpur four persons were killed and three were missing. The situation was tense but under control—All India Radio announced this in its new bulletins.

The following day three persons belonging to minority group of Gitapur were found dead near the village. Two policemen were posted in Gitapur for patrolling in the village. For the first time, the people of Gitapur saw policemen in their village.

That day, there were no kooks from Chacha’s grindmill. It was strange for the people of Gitapur who were accustomed to it. Krishna, an aged man of Guitapur could not resist himself and went to Chacha’s grindmill to find its cause. There he found Chacha dead, lying over a pool of blood with several wounds on his body.

Within minutes, the news of Chacha’s murder spread in the village. Whoever heard of this, came to Chacha’s grindmill. All came there forgetting that they were Hindus or they were Muslims. The policemen took away Chacha’s body to the city hospital for post mortem.

Both Hindus and Muslims of Gitapur claimed Chacha’s body. Doctors handed the body to the representatives of both the communities after the interference of a magistrate.

There was discussion over the rituals of Chacha’s last rites. Hindus wanted to burn the body and Muslims wanted it to be buried. Finally, Janaki dada said, “Brothers, he was neither a Hindu nor a Muslim. He was a human being. It does not matter with what method we perform his last rites. He was an incarnation of humanity. And humanity cannot die. We must learn from his sacrifice, from his thoughts and from his deeds. We shall bury his body and then construct a temple over it.”

All agreed to it. And Chacha was buried on a collective piece of land outside the village.

For one full day people of Gitapur did not burn their ovens. They were Hindus and they were Muslims. From their faces and eyes one could read that they were repenting.

One year passed by. Police could not apprehend Chacha’s murderers. People of Gitapur constructed a temple over the land where Chacha was buried. They named it—‘The Temple of Humanity’.

Some people of Gitapur lit oil-lamps in the temple and some offered chaadars (bed sheets) and bowed down their heads.

Manohar and Iqbal were seen visiting the temple, daily.