You are here: Home / Social and Moral / A Conqueror’s Agony 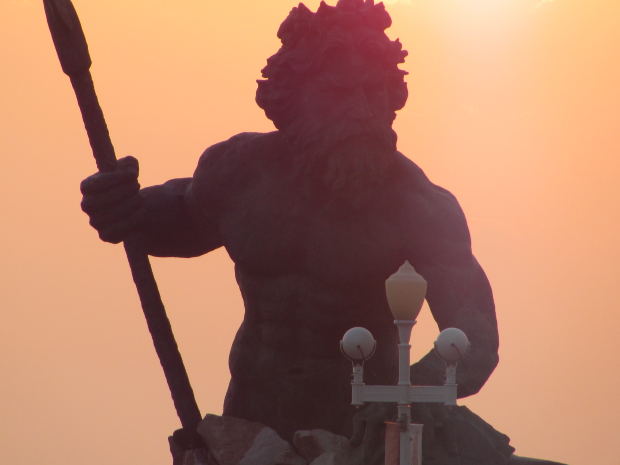 The intensity of the moments channelled through the rider to the horse. The distinct identities of the warrior and the horse were just an illusion, a chimeric fabrication to distinguish the owner from the owned. They were one, he sensed the assuaged efforts of the warrior to minimise the sound of breathing ,and he contained himself too. They were both proud. They were alert,they were strong with a swollen chest after a much desired victory, and ready for the next challenge.The warrior was ready and so was the horse.

The silence was resounding in their ears. The horse pricked his ears and a wave of attentiveness spread through his body. The dark flora of the forest was adding to the alarming danger. The trees seemed to be on guard too, with all their greenery on full bloom. The trees on their sides stood as trained and disciplined soldiers;their branches lifted upwards like swords in their hands and the thick roots above the ground were like the strong foot of the soldiers placed firmly on the battlefield. The moss on the trunk of the trees was adding to the suspiciousness of the winter. The mist was mystical and followed the light breeze of the evening. It changed shape every now and then on the signal of the cold breeze and formed some mystical figure. The mist was deceptive, the shapes it took were deceptive. They knew the shapes were false but they decided it was better to be alarmed than attacked.

The warrior couldn’t see beyond the mist. It perturbed him by challenging his perception with change in shape. Sometimes it showed a silhouette of horsemen coming towards him in full vigor and with the next breeze it represented crouched men ready with their bows to rain their poisoned arrows to kill him. The warrior decided to end this game of suspicion and he drew his sword from the scabbard hanging from his waist.

“Yaaaaaaaa…” he shouted with all his might and pulled the reins. The horse understood the gesture very well and ran like a leopard to attack his prey, towards the mist. It was like the roar of a tiger. It echoed in the silence of the forest.

The trees were passing so quickly that their trunks almost formed a greenish white wall, as seen by the peripheral vision of the warrior.His attentiveness has expanded his view. He had been attacked by hidden enemies before. His experience has trained him to notice his surroundings, while focusing on the way ahead. He held his sword firmly and was ready to attack the horsemen, which the mist hinted. As the horse covered the distance, the crowdedness of the trees reduced and the brightness increased. The path was clearer and the mist has vanished.

They came out of the forest to a vast plain covered with lush green grass. The warrior pulled the rein and the horse slowed down. Nobody could be seen. The grass ended with the cliff and beyond that were mountains covered with trees. It was the end of the jungle there, the realisation of which brought a pang of disgust and frustration in the warrior’s heart.

“Aaaaaaaaa…” warrior looked towards the sky up and shouted. He had nobody to challenge now so he was challenging the Gods. The horse was still moving towards the end of the cliff.

“Who is there?” the warrior looked in front and shouted at the mountains. The horse reached the end and stopped. The warrior came down from the horse and waved his sword in air.

“Come on…” he shouted to the mountains gaping at him expressionless.

He had conquered the jungle. There was nothing more. He had nothing else to fight for.