You are here: Home / Social and Moral / Dark Night 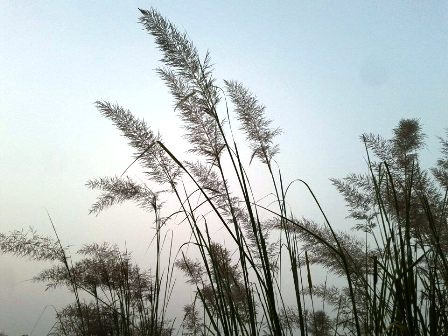 A high spirited enthusiastic young man Mathew was on his way driving down the lane, bordered by hedges and primroses humming a favorite tune delighted by his journey as he was eager to meet his family. Mathew was engaged in thoughts to surprise his kids with the best gifts he had bought and greet them. He had not informed about his coming to make it a suspense visit filled with delight and joy. Anna and John were his lovely kids who stayed miles away with his wife in a small village amidst green patches of lands. Mathew had to leave them and go to earn livelihood to sustain and to provide kids the best of education in the cities when they grow up.

Mathew thinks to return home after making a good amount of money to nurture his family and plans to earn more in the city after he spends some time with his family. The thought of departure pains him and fills his heart with anguish and worry. But remembers again that he was going to be reunited with his family as of now. This feel makes him feel better and gives confidence to face the situation. Mathew plans to renovate his beloved small hut and provide his family with all the facilities which he had dreamt of.

Sky darkens and is cloud struck seem to hit rain sooner accompanied by heavy gush of winds blowing over the place and Mathew is tired to drive further, he had to stay back in an inn and thinks to continue his journey the following day as it would be impossible to go ahead now. He could see light far which marked the presence of house or an inn. He spots the place to be too lonely surrounded by forests and less of living land. Mathew approaches the house which was an inn, an old man perching on the broken chair wearing cracked spectacles, wrinkled skin frowned face patched brown overcoat checking few records in the light which beamed from the candles acknowledged Mathew’s gesture and asked him in his rough course voice which seemed to have fathered away in the course of time “Hello young man, how may I help you?”

“Well, I am on my way home , I happened to see this house from a long distance and I would wish to stay here for a night, I have to go a long way to reach home and I will resume my journey tomorrow morning “ said Mathew.

The old man gasps and gives him the key noting down Mathew’s details and escorts him to his room. Mathew is relieved after the long tiring journey he has got a place to rest. He starts playing guitar and hums a fine tune with it to soothe his mind and to relieve his soul. He plays it light hearted which adds colors to his existence. This was been his favorite pass time ever, music which is the medicine for his soul he has a liking for flute as well. He could play it well and attract the crowd come in limelight amidst mob. His passion for music and instruments created a vibe in listeners and people would forget everything and be united in his tune.

Mathew goes to bed early and falls asleep as he had to wake up and resume his journey. He hears a strange voice slapping his door which makes him wake. He heads towards the door to find out who was it at this peak of time. He is afraid to open the door but the constant knock makes him restless and feels the urge to open it. He is taken aback when he sees a man with knife is standing in front of him. Silence descended over with the spine of anxiety throughout Mathew’s body trembling in fear he tried to ask the person but found his throat going dry. He gathers his might to frame a word to the mysterious stranger at his door.

“What do you need at this time?” rushes a timid voice from Mathew and as he was asking about the stranger’s whereabouts he noticed the strangers apparels coated with stains of blood all over. The stranger leaves the weapon in Mathew’s hand and vanishes saying nothing about it. Mathew was under illusion for some time to know what was happening with him. He recollects a person knocking door in the midnight and placing a knife in his hands and escaping from there without uttering a word to him. Mathew could not trace his face in the dark and he had veiled his face. Mathew had no idea about how the guy looks like but could spot a dragon mark on his wrist while he plants the weapon under Mathew’s care.

Mathew spends his remaining night in great distress mind filled with fear, thoughts and worry, only when sunray’s fall on his face does he realize it was morning and he had to leave the place at the earliest. Mathew makes a move from the inn handing over the room key to the old man and does not give any notice to him about the mysterious thing which had happened in the night. Mathew tries to forget that incident as a bad dream instead of thinking over it and discussing with others. He heads towards his car with bag and guitar in his hands leaving behind the weapon in the room. Mathew rushes down passing by lakes and cities parting from that mysterious house as soon as he could. He sighs with surprise when tries to recollect the incident which occurred the previous night. It was evening around 3 miles away from his home, the much awaited day for him and the time for real celebration as he was approaching he was stopped by the cops and inquired.

“Get down, seem to be rushing furiously young man, aren’t you?”

Mathew was speechless and replied with calm gesture about his surprise visit to home.

“Were did you stay last night?” asked a cop in a rude and demanding voice.

“Why did you stab a man ruthlessly and escaped from the place?” asked an impatient cop with anger.

“We have found that it was only you who was at James’s last night other than the victim, so it must be you, your escape so soon also adds to the suspicion, we will have to take you to custody Mr. Mathew to inquire about this in detail. We need your finger prints and other information as well. Please come with us now “demanded the stout cop.

Mathew begs saying and explaining the incidents that had happened with him last night and requests them to leave him as he was seriously in need to see his family as he was longing and had not seen them for ages. They ruthlessly demanded Mathew to accompany them and they take him to the police station. They never heed to any requests of him and presents him in fronts of the court and a case is fixed against Mathew with the punishment of imprisoned for lifetime.

Mathew spends most of his time in the prison praying, reading books and singing. He is been deeply hurt and longs to see his kids and wife but never let them inform this as they will lose confidence. He requests one of his friend to be let seen and requests them to inform his friend. His friend comes to visit him being shocked and unaware of the facts. Mathew explains everything to him and seeks his help to hand over the money he had earned and the gifts he had purchased for his family and also asks him not to tell them about his present situation. His friend assures him and also extends support to Mathew’s family. He visits Mathew’s often and manages to convey to his family as he is stuck with work on some business purpose and cannot visit them.

People lingered around him to gain his companionship for his kind and joyous attitude. He had also attracted people with his music and melodious voice as he would entertain and support the needy people in his precincts. He was good friend, adviser, guide to many, he shared a good rapport with everyone. The color of his irresistible nature spread infectious like a wildfire in and around everyone. One day when Mathew was reading a book as usual in his cell a man joins as a prisoner in his place.

He introduces himself as Shawn and exclaims proudly that he has come in charge of murder. On asking Mathew says that he was accused for the same and did prefer not to say much about him. Shawn says about the murder he did in James’s inn and how he had escaped to save his life. Mathew is in trance, his throat goes dry, and he feels the world around him has stopped moving. He feels to scream at the man and ask him for the torment he underwent all these years. It was Shawn the culprit who was the reason to keep him away from his home and family and toil in the prison for 15 long years. 15 years is not a little time, it comprises the most important part of a human life.

“I feel to snag and flip his neck and drain out the blood out of him” Mathew is suddenly filled with anger and he feels helpless. He thinks to inform about this to the cop and ask him to set free for life. He is caught by the thoughts but a chief officer comes to visit Mathew.

“Hi Mathew, How is the day treating you today?” asks the officer with courtesy.

Mathew shrugs and nods his head in dismay.

“What if I say you will be set free next week?” As every one of us are impressed with your attitude and the superior authority was busy in choosing anyone to free for this year and of all they have selected you. So you are the chosen one to gain freedom” explains the officer with excitement and shakes his hands with Mathew.

Mathew was overwhelmed with joy though he was cursing for his luck for the punishment he had got for the mistake which he didn’t owe he was now set off from all bondages. He thinks about Shawn and he loses control over himself as he recollects the pain he underwent. He tries to calm himself becomes self-poised and bids a farewell to all his fellow mates.

Life is never as to our expectations. We have to take the way it comes and succeed in it.