You are here: Home / Social and Moral / Dealing with Old Super Powers 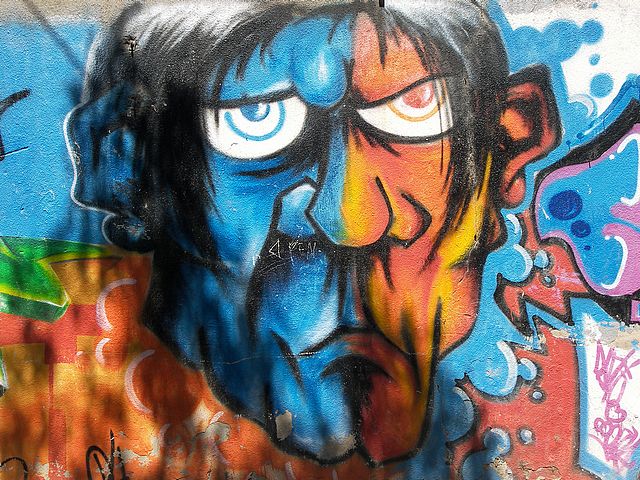 I was struggling to cope with my life, I thought I had no choice nor hope but to deal with God. All I thought I had to do was to develop my ethics and morale discipline. And it worked, God payed me but I needed a major improvement, an improvement that never came. Being exhausted from trying but only to get disappointed and provoked, I knew I deserved better but even though I doubted that my deal with God was worth it I didn’t dare to quit. What if what I had would fall apart if I stoped being loyal with God.

In the beginning of high school I had enough after eighteen months of a theologybased life. I ended it with an attempt to cut a deal with the Devil, Satan, and then right away I was rewarded, I didn’t just get an easy life but happiness, happiness all the time and a rich, interesting life experience. I of course thought that it was God this time to, that my old theology was just my way of getting it all wrong.

The only catch with the new theology was getting payed when I punished or was just mean to other students without getting anything out of it myself. Couldn’t God do His own dirty work, that was unsettling, I got the impression that my god then rather appeared to the Devil.

The problem with dealing with God is that one has to do everything right and it takes time and it’s hard to figure out what’s right and wrong. In my opinion I had a relationship with the Devil, that was obvious to me, it happened stuff often. My mobile phone may turn on by itself or terrifying things like when was eighteen I bought a house and at night the front door sometimes was unlocked. Everytime I knew it was locked and heard it get unlocked. No one was there outside the house, I know that for sure.

I told my boyfriend and his friend how it works to cut deals, they just thought it was funny but they tried it and it worked, that even shocked me. They kept cutting deals and with my guidance it took days for them to get their own houses, for me on my own that took years. The guys wasn’t pleased with just a middle class lifestyle, they started to plan a school massacre but the more planning they did the worse it got for them while my standard remained. Eventually they didn’t even get enough income to pay the bills. That was a turning point for all of us, they turned to God instead and of course had no bad plans anymore. Even I have nothing to do with Satan since then and I droped my plan to kill them, the guys, my boyfriend and his friend.