You are here: Home / Social and Moral / The Old Is Gold 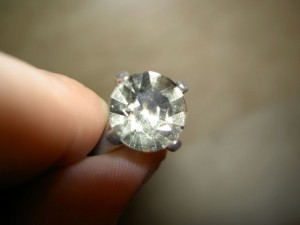 “The Old is Gold” is an ancient proverb/saying and people use it off and on in day to day conversation or talk or discussion.

It is cited by someone when it is felt that the thing or material has become very old but its significance or property or quality remains the same or rather enhanced with the pace of time or period.

Its meaning will be clear if I tell you a very witty and interesting story.

Long, long ago there lived a very rich merchant in the city of Ujjain. The merchant was dealing in diamond only. He had spread his trade and business all over the neighbouring countries. He had three sons who were doing their own business in three cities of the country independently. All the sons were married and had their own families. They were the owners of what they possessed but they had equal share in father’s property too.

With the pace of time their father became very old and as when he fell sick. The physicians were consulted but of no avail, they said that due to overage the immunity physical power was reduced to the minimum due to which even the weaker bacteria and virus attacked him and consequently he fell sick off and on.

In their opinion ageing is a great problem in old age. It is an alarming situation and ends in death ultimately.
The merchant was of 87 years old. He suffered from pneumonia and left for heavenly abode.

Their sons hearing this sad news rushed to Ujjain. All the relatives and dear and near ones also arrived to take part in the last rites. But the sons were adamant to divide the father’s property equally first in presence of the dignitaries of the locality and only after that the dead body of their father would be cremated.

The total property was listed out as per the balance sheet of the sole trading concern in his father’s name and was equally distributed very soon to their entire satisfaction. Everyone was satisfied with whatever each got in share but the younger brother raised one problem.

The people asked, “Now there should not be any problem to take the dead body to the river bank for cremation. Let us stand up and take the “Arthi” on our shoulders.”

The younger brother stopped them unless or until the diamond ring that his father had had in his right ring finger was equally divided, if not broken into pieces at least according to its market price, he would not allow anybody to take the dead body of his father for cremation.

He asked someone to take out the “Kafan” and take out the ring from the finger. One trustworthy person while checking the finger, did not see the diamond ring in his right ring finger. He informed to one and all who were present there.
Another problem arose and everybody was looking at each other in suspicion and doubt.

Who has stolen it? The eldest son queried in surprise.
The middle brother announced firmly, “The dead body will remain at its place unless or until the real culprit was caught hold of or anyone who stole it knowingly or unknowingly came forward and confessed his crime.”

Once again the cremation was withheld sine die.

People started to find out the solution to this problem. None had adequate knowledge or experience to solve the problem or suggest any way out. One old man was sitting in one of the corners of the hall wherein people were discussing about the solution of the problem. Someone noticed him sitting alone keeping his head on his knees.

He asked him, “Can you able to recognize the thief who had stolen the father’s diamond ring?”

He replied in the negative but at the same time he asked him to search an elderly old man of about ninety years sitting under a Bunyan tree just one kilometre away from here in the right side. Now he will be there taking rest on the chabutra.
Two persons took a car and reached there. Seeing a very old person keeping his head under both knees and dosing, they stopped their car in front of the tree.
They approached the old man and requested him to help them in solving a great problem they have had in their family. They would apprise him of the detailed information when they reached their house.

This world is full of knowledgeable persons. The problem solving is with the nature of such witty persons. They do not like to expose their diligence or wits.

No sooner did he reach the house than he had asked all to flock together in the hall, none should be allowed to go anywhere.

He asked according to coparcenary right to the property of the gentleman who was dead long back but still lying uncared, there should be sitting arrangement in raw from top to bottom, the spectators should stand up all around to witness the proceedings to detect the real culprit.

He told one and all to keep silent. None would suggest or advise anything during the course of cross examination.
He allowed three hours to arrange suitably as advised by him.

The children and minors were disallowed to take part in the proceedings, only the major would remain in the hall and listen to what he asked and what the people reply to his query.

The old man appeared on the dais and addressed the gathering:
Dear ladies and gentlemen.

The task that is entrusted with me is really very difficult but even then I will not leave any stone unturned to find out the lost diamond ring along with the culprit who had stolen it and kept it secretly somewhere in a secret place.

Dear friends!
For that I will tell you an old story – very witty as well as interesting. Do hope everyone will be able to listen to the story and can enjoy it too. Now please keep your mouth closed and eyes and ears wide open like fauns.
Long, long ago after the sudden demise of his father, his able son by profession barbers married a beautiful lady of his adjacent village.

Just at the honeymoon midnight the groom asked for permission from the bride to see her face as she had covered her face with the aanchal of her sari. The bride whispered in his husband’s ears it could be possible only if he would fulfil her first and foremost desire.

The husband’s ears were widened to hear such an unusual condition and that was also at the honeymoon night.
He kept mum for a few minutes. His wife asked once again, “Promise first that you would keep it only then I will allow you to take out the aanchal up and see my face.

Finding no way out and thinking it was an ordinary thing to fulfil, he agreed to.

Just see everyone has gone to bed as it is one A.M. , the dogs were barking outside, it was a dark night too.

My lover has been waiting for me at the Khudia river bank and as requested by him I have given words to see him once after my marriage was over before the Sunrise positively by 3 A.M. if not then he would have no alternative but to commit suicide jumping into the river and she would be responsible for his untimely leaving for heavenly abode.

I will have to go alone, none is allowed to follow me. As I don’t have much more time in hand, I must leave right now.
Every path was known to her. She left and hastily increased her the speed her steps. The river bank was very near. It might take a few minutes to reach there.

Just then seeing the lady laden with golden ornaments going alone a thief ,who was in search of prey , appeared and stopped her path.
She said to him, ‘What’s the matter? Why do you stop me? What is your motive behind it?”

As the thief never saw in his whole life in confronting him so bravely, he said in the same boldness, I am a thief by profession. Today God has sent me such a wealthy woman that once I snatch her whole ornaments, no further theft is required in life, I can live and lead my life lavishly like prince.
She said to him. “I don’t have so much time to hear all such silly things. Listen to me attentively, then not satisfied, you can do whatever you like. I am a married woman. My lover has been waiting to see me once today alone at the Khudia River bank positively by three A. M.
My husband allowed me to see him and after seeing him he asked me to return.

If I don’t reach before time, He will jump into the river and would commit suicide. So his life is at stake. I must reach well before time. Please leave me this time and after everything is OK, I give words to give you all that I possess.
The thief’s heart was melted like wax as it happens before the fire.

Sister! Though I am a thief, it does not mean I do not have a heart like you. Go hastily. May God be with you to save the life of your lover!

She seeing his lover waiting anxiously caught hold of him under her arms and said, “I kept my promise in spite of so many constraints.” Now tell me you will forget me and marry another woman of your choice and lead and live a happy conjugal life.
I am now a married woman and I must follow the social ethics and tradition and culture with loyalty and sincerity to my husband since the moment we were married in presence of the fire, the earth, the air and the sky and a large number of the people including the Brahmins who performed my marriage and tied with my husband as a better half for whole life in happiness as well as in sorrow to bear all together henceforth. ”
The old man stood up and asked a question, “Can anyone tell amongst these three persons, the husband, the thief and the lover who was the greatest one?”

The youngest son of the diamond merchant exclaimed with pleasure, “ The thief, the thief is the greatest person.”

The old man ordered the eldest son, “ He is the man behind the crime. He had stolen the diamond ring very cleverly, but now caught in presence of all of you.”

He asked the youngest son to bring the diamond ring immediately otherwise he would be taken to task.

The youngest son not only confessed but started crying bitterly and asked apology for his offence.

The old man said he would have to forgo his share in the diamond ring and donate the amount to the missionary of charity.