You are here: Home / Social and Moral / PERSPECTIVE 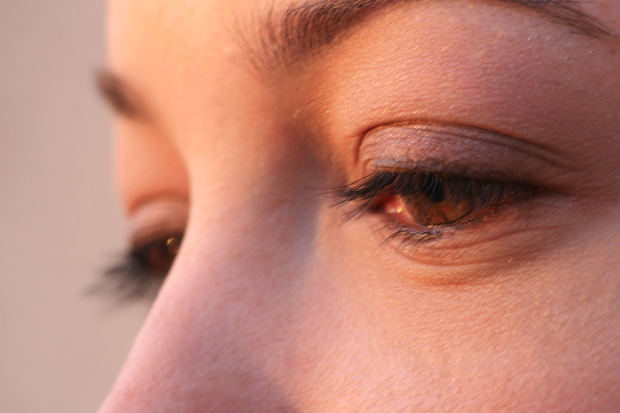 A 15 year old boy walking briskly towards the lane, face sodden in sweat, heart pumping fast not in excitement, but in anxiety. ‘Sohan, two cups when you return’ shouted Bhandari, opening the cranky, corroded shutter of his shop. Sohan was late today, with some old aluminium kettles augmented with tea in one hand tied to a piece of cloth and several glass cups on the other one. He waved in consonance, smiling at Bhandari and increased his pace. Almost running, he had to reach the Bazaar chowk of the city, it is cold and the sun is yet to show itself…Sweat dripping from his face and tea spilling from the sculpted necks of the kettles every time he jumps over a ditch.

They are almost never ready to go… ‘Guys, come on yaar, there’s a lot to see today’ cried Nishant while banging on the girls door… ‘You have not come here to sleep yaar’..!!

‘Now don’t fart yaar Nishthu, we are coming na’..!! Shouted Tanishka from inside.

A group of 5 friends were in this hill station famous for its sumptuous hills and serene ambience.

‘Saale pervert, you only knock on the girls’ door, and what have we come for…!’ came the taunting voice of Vipul grappling Nishant’s neck. They had to visit the famous Bazaar chowk of the city for sightseeing and doing market errands.

Sohan was pouring tea for the whole world it seemed. Almost everyone was likely to be his customer and of course nothing is better than a hot, steamy cup of tea in a chilling, inebriated morning. Snowfall had begun and it was still shady at this time of the morning.

‘Sohan, you came late today, woke up late?? Why don’t you get a bicycle? I‘ll help you’ enquired sangha who owned a small shop serving samosas and dumpling but when it came to tea he trusted Sohan’s skills over his.

“No bhaiyya it’s ok.” murmured Sohan, holding on to his left hand where he had wrapped a cloth, perhaps a wound with blood marks on the draped cloth. “I am better at walking, there is a connection I feel between these roads and my legs.” Sohan has a mother who works as a maid and two little sisters who go to school. His father died 5 years ago of leukaemia in the lungs. No he doesn’t smoke.

In a dark and dingy place he adjusted himself in a corner of a house. He was shivering of the cold, his beard all the over his body, he has not eaten for two days, his face has become pale and cheek bones protruding out.. He used to beg at the temple on the ridge which was closed down for maintenance. He lies there thinking of the Pav bread he ate a few days ago with Chai and starts making illusions of the food which aggrandized with passing time and he was restless and something tingled on his ribs, he took it out of his shabby jacket. It was a battered watch someone gave him but it glistened in light of a nearby street lamp. He moved from the darkness towards the light and started playing with it, reflecting the light on the other side of the wall. Suddenly he heard footsteps which were continuously burgeoning.

He was shivering and there was undying hunger…He could smell that whiff coming, he heard clanking of the glasses and then with all the strength left he called for.” Bhai, pour me some chai. ..My bones are shivering…” He pleaded with quivering joined hands, the watch held tight in between his fingers….glistening. The passer-by stopped and enquired for a few moments as though scanning the entire thing and then amidst the growling pleading voice of the beggar he kind of ran from the place. The beggar hopelessly threw poignant curses and just lied there..

The group was sitting, chattering, laughing, discussing over things. They had reached the Bazaar chowk and were up for some breakfast. “Bhaiyya, 5 plates of samosa and tea” ordered one of the girls. Sangha quickly made eye gesture to Sohan for the tea and started preparing the item ordered.

He was running hard…. very hard..he had to catch it.. He dived forwards and all shouted, he had the ball, he had the cricket ball in his fist but there was blood dripping all over and there was pain, perhaps he had landed on some rough patch of the ground and there was a nasty cut on his left hand. Sohan was badly injured, after some medication he was told to rest but he ran, he ran again, covering the wound by a piece of his shirt, he ran, his sisters had to be picked from school. Yes he is responsible.

Sohan started pouring tea in the cups, from one cup to other cup, going round the table observing the people sitting, when at instant Sahil held his hand and asked him to stop and the next moment he asked his friends to move out. Bhaiyya, what happened? The food is ready…what happened tell me…it is bohni time sahib. Please come..!!. ‘Bhaiyya we have a train to catch…next time for sure..!!’ lied Sahil and moved. What..!!!? Why? Asked a few…strolling on the road outside of the shop.’ What why? Did you not see? There was blood all over his hand the waiter’s…God knows what disease these people carry.’ ‘Saale, they come straight out of gutter to serve food.. .’ mouthed Vipul lighting a cigarette. ‘Yeah why to take risk guys. Could have been anything.. God knows if we would have drank.. Unhygienic, morons..!!!’.

Meanwhile Sohan was reprimanded and abused by the bicycle giver.

Sohan was already late for his work, with tea spilling on the road as he stopped suddenly on hearing an ailing voice from across the road… a figure not completely clear was calling him asking for tea.. he glared at the man, with large beard, dilapidated skin, sitting with his arms positioned such that he was holding something in his palms, something shiny, glittering; may be a knife ..The voice came again…the man had an alto voice, maybe he was luring Sohan to come to him and it was possible he would stab him, injure him and loot him but what if he genuinely needed help, but the knife reflected again in the man’s hand No.. no he is saved today, the knife reflection gave away the man and he ran thanking his God and thinking what if he would gone closer .. But he ran and out came steam of fluid through the necks of kettle. No he is not a coward. Yes he is timid, timid of the catacombs of this life he has lived.