You are here: Home / Social and Moral / The Piano Man 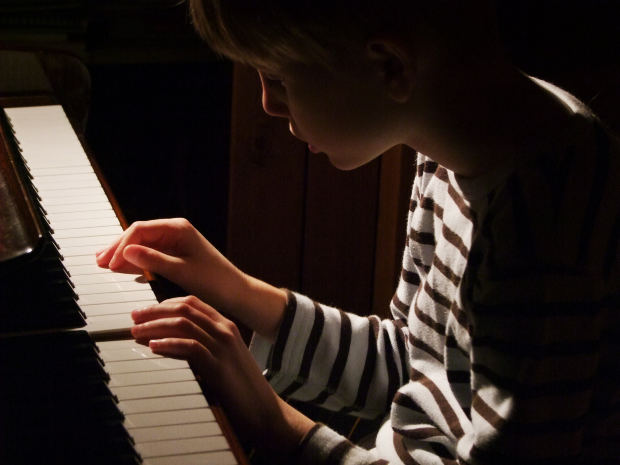 Short Story – The Piano Man
(Note: Image does not illustrate or has any resemblance with characters depicted in the story)
Photo credit: tkoscak from morguefile.com

In the conscious of a man, there is a sound, A well orchestrated number of keys, and with each key stroke we dance to it, willingly, and without remorse. The piano man does not slumber, does not fatigue, and as his genius rises, his fingertips grace the grand instrument. He paints canvases and gives freely into the reservoir of your imagination. He looks into the cosmos for his composition, the aligned stars and constellations unseen to the naked eye are his music notes.

The sky, a grand sheet of everlasting expression. Without eyes he peers into the sky, day and night, and rightfully hits the levers. The soft hammers strike the strings, resulting in pure, uninhibited human emotion. He plays your entire existence as foreseen in the vast heavens of the universe, but sometimes he speaks to the strings, hoping to alter the frequency of the sounds you hear, and without upsetting the conductor, He consistently reminds that you have choices, ones which he has laid out for you, whether you agree with them or not.

I believe we can send a message back to the piano man, altering our music, and our fate to the way we react to it. For with understanding comes the power to bend truths, but i feel men foolishly speak back through the chords of the piano, hoping to lose the hands of the puppeteer and put strings onto Mangiafuoco himself. I believe we can rightfully join him in a duet, and i think he makes contact with us so we can explore further into our minds.

During our dreams he plays freely, An ethereal tune that resonates and ripples, mimicking the laws of our lands which we hold true from the 5 senses we share. With a dream scape of his choosing, we still dance in our minds as our body’s rest, a constantly wound music box, we are an eternal audience for a permanent stage. The piano man plays forever, and i want to play beside him.

My fingers melting through the keys, I want to touch people in their hearts and minds, and watch as they give way to unwavering belief within themselves. I want to be there in times where grief washes over him, and he recognizes the music he plays as a swan song for another being. The piano becomes brittle, and each string he plucks untangles and splits one by one until he cannot play anymore, and he retires to a stage where he must play music to mourn its loss for others.

In times of war, when he strikes the keys with iron digits, cracking ivory. His movements are rigid and robust with passion, the sound scape for conflict. When life is created anew, and he plays a soft angelic tune for opening eyes, moving in precision on center stage for an opening act. I want to play with the piano man, and even If we aren’t able to do it in our lifetimes i feel we shouldn’t lose hope to discover him in ourselves. For even when we are buried and devolve to dust, the piano man resides in the minds of our future generations, and I hope one day, one of us will be able to play…..

The waltz of our subconscious. The piano man.