You are here: Home / Social and Moral / The Porcupine’s Marriage 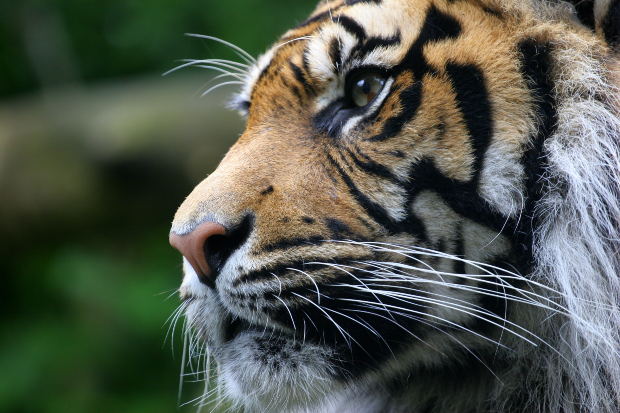 Once upon a time, in the south most part of India, there lived two porcupine families in the densest forest. They were so close that they had decided to enhance their intimacy by the bond of a marriage. One of the families got a beautiful girl porcupine and the other an elegant boy porcupine. They were so happily lived that naturally they had no money to conduct the marriage of their daughter.

One fine day, the father of the girl porcupine told his wife.

“What would we do, my love” he said “we have no money, we have no savings, we have nothing to provide for the banquet of our daughter and I do not know how we conduct the marriage?”

He looked sad. His gray sharp spines seemed to lose its fine look. He had not saved anything except two bottles of honey he managed to buy from the big black bear who stayed nearby.

“We will go to the king and ask for help” his wife replied. She also looked very sad.

The next day, the father porcupine put on his finest dress, wore his one and only wedding ring, took a bottle of honey and walked to the cave palace of the King. He had polished and sharpened his spines until they sparkled brilliantly in the sunlight. When he reached the palace of the King, he heard loud noises from inside. Undoubtedly it was from the royal court which assembled there to discuss the problems of the forest public.

The King, with his enormous figure and great brown beard, was seated in the biggest stone. His eyes glittered like emeralds. He frequently moved his long tail from one side to other. The royal court consisted of three jackal ministers who always curiously looked at the others and whispered in each other’s ears in such a low voice that most of the time, even they found it hard to understand what they had actually said, and the great black bear, who was seated there, drinking honey and was foolishly looking at the King’s tail, his head moved to and fro as the tail moved from here to there, then the four little squirrels who made irritating  noises as they always do, demanding everything, getting nothing but not protesting, and the two crows representing the bird family  who put a large placard of teak leaves at the end of their bills asking for the reservation for the birds in the royal ministry and as they do so, they could tell nothing and the tortoise who always bored the entire court by reciting his grandfather’s immortal triumph of beating the rabbit in the marathon competition long ago.

There waited many deer, bears, parrots, porcupines and other members of the forest public, eagerly watching the creative discussion and waiting for the decisions the court is going to take. In the press gallery, there seated the old monkey reporter of the forest daily and was sleeping as usual. Only his wife was aware that he was so blind that he did see nothing and so deaf that he hear nothing.

The first royal minister who was a big jackal stood up, bowed his head towards the King who seemed not to care it and corrected his throat. Then he motioned the royal court to keep quiet. Despite this, the little squirrels continued to make annoying noises. The royal minister then looked curiously at the court members and whispered in a low voice about the prospects of a great famine which was going to hit the forest in the near future.

“Who is going to hit?” snarled the King at the top of his voice. He wanted no one to intimidate his throne in the duration of his lifetime.

“It is going to be a great famine” answered the three ministers simultaneously.

“Ask my General to come here at once” roared the King.

The Court members shivered with fear for they knew that the King was so angry and when he asks for his General, there happens something terrible.

The royal General, a great Indian tiger with a cruel look and a large mustache of which he was always proud of, was waiting by the door for orders, came running to the royal court. He bowed the King and the latter yelled.

“Command my army to be alert. We must fight famine” He yelled in so loud a voice that the even his enemies trembled at the prospects of the order. He was born in a royal family that he did not know what famine was.

“What a swift action!” exclaimed the donkey who was the royal minstrel.

“What a swift action!” the entire court cried out at the top of their voices.

“Long live our King” cried out the waiting public. “Our King is so concerned about us” they said to each other.

The royal minstrel at once prepared a press note to be published in the forest daily and handed it over to the monkey reporter who was still sleeping in the press gallery for he could neither hear, nor see the imperative proceedings of the royal court.

After watching the court proceedings and waiting for a long time, the father porcupine registered his name in the counter where a cat was sitting with an enormous register and inscribed his name in it.

“So you have come to see the majesty!” the Counter Cat asked the father porcupine in a very low voice.

“I came to plead for help from the King to conduct the marriage of my little daughter who is so beautiful that she has very sharp spines with white head” replied the father porcupine.

“I will recommend your case to the majesty” The counter cat said looking at the fine gold wedding ring in the finger of the father porcupine. “Our King is so generous and I am in good contacts with him. So you are going to get help from the majesty and is going to be so happy” he added.

“Oh, you are so glad” exclaimed the counter cat. “I am going to recommend your case to the majesty only if you give me that fine gold wedding ring as a present” he said. “and I know that you will certainly give it to me”.

It was the one and only wedding ring the father porcupine ever had. His wife had very affectionately put it in his hand on the eve of their marriage. But he was so happy that the counter cat is going to recommend his plea for getting help to the conduct the marriage of his daughter.

“I am so much delighted” he thought and immediately pulled out his wedding ring and gave it to the cat in the counter. The cat took the ring, put it in his own fingers and asked the father porcupine to go to the next room where the royal ministers were seated.

“Can I go there?” asked the father porcupine.

“Certainly” replied the counter cat “ and I will go and recommend your case to the majesty” he said.

The father porcupine entered the next room where the three jackal ministers were seated, eating a grand dinner. They were seriously discussing about the food policies of the ministry and the ways to prevent the food shortage and a future famine. The father porcupine waited for a long time until one of the jackal ministers looked up, saw him and asked what he actually want.

“I want help from the king to conduct the marriage of my little daughter who is so beautiful and who smiles a lot” said the father porcupine respectfully.

The royal ministers looked at the father porcupine and entered in a deep discussion. They whispered in a very low voice. At last one of them looked up and said.

“We will certainly suggest your case to the majesty” he whispered. “but our king is so busy with his good and great rule for his people that he has no time to hear your appeal. He has asked us to do anything to help the poor on his behalf” he murmured.

“So you are going to get help from the majesty and you will be very much delighted” the royal minister said in a low voice. “You look very nice in this dress and you don’t need the honey anymore because we are going to help conduct the marriage of your little daughter” he added.

“I am so much delighted” murmured the father porcupine ‘and what a good kind people are ruling the forest’ he thought.

But it was his only dress and the nicest one too, for when he removed it, it was so cold that he could not bear it. It was the dress with sharp spines with which he could protect his own life from the cruel members of the forest public. It was the only pot of honey presented by the big black bear and the only thing saved in his house.

‘But my daughter is going to be married and I am so happy’ thought the father porcupine and gave his dress and honey to the royal ministers who looked happy at getting it.

“So, you can go away” cried the royal ministers “and the majesty will help you with anything he has at his disposal”.

The father porcupine came out of the palace. It was pitch dark that he could see nothing. It was so cold that his hands and legs began to shiver. But he was happy. The king is going to help his family and the royal ministers along with the counter cat were so kind enough to recommend his case to the king. In the happiest moment, he had not seen the deep great trench at the side of the royal palace, fell and instantly died.

The next day, some of the royal guards saw the father porcupine’s body in the ditch. They at once informed the king and took the body out. The royal court assembled in the cave palace to discuss the untimely death of the spineless porcupine.

“Why the porcupine did come near my palace” roared the king in a loud voice.

“Your Majesty” the counter cat cried from the public gallery. “He may have come to thank your majesty’s good and great rule”. He cried.

“He has come to thank your majesty’s good and great rule” whispered the royal minister’s in the King’s ears.

“I must certainly help his family to conduct the poor porcupine’s funeral” roared the king. He was very kind and generous.

“What a generous king our majesty is” cried the royal minstrel in a very loud voice.