You are here: Home / Social and Moral / The Thinking Man – Social Short Story 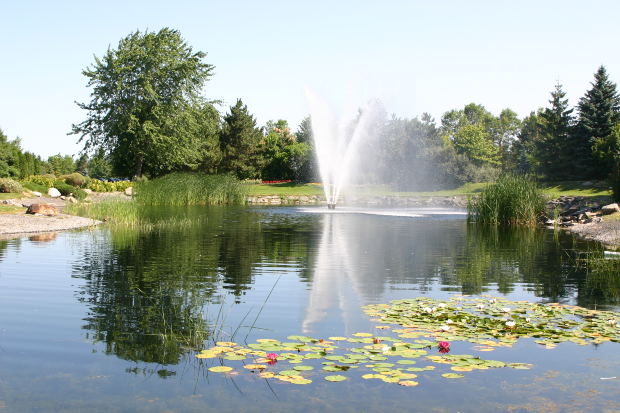 The boy who sits beneath this fountain, listening to thoughts,  musings, observations, taking note and taking his insight into the world that passes before his watchful eyes, except when he sleeps…

Then, who watches? Who listens?

Who takes his gaze over to the people walking past, who compares how it used to be with how it is now and who listens carefully to the breeze, bringing with it all those pleasantries in the garden, far over there, on the other side.

And when the old man forgets what he was to remember, who reminds him? Who takes him away in soft dreamy steps, in softer breaths, silent as the soot of the night, through the haze, the many other things and those still others…who banishes them all away from the cove of memories and takes him by the hand to retrieve that day, that moment and through to that first light?

Like a magician, the boy keeps his little bag of treasures safe in a pouch, and drinks of it like water, when he tires and then when he sleeps, his memories come alive to waken him to become a different he, a different himself,  that he once was.

When the little boy tip toes across the garden to relieve himself, he is careful not to tread harshly on those dreams, do you know why? Because if he is woken up in the dream, he may never wake up in the real world, where he sleeps by day and gazes by night.

And if he isn’t there, then the people won’t come anymore to the garden and walk past in their boots, their colored coats and their umbrellas over their heads when it rains and grin or giggle as they go about, making conversation of the weather and the fish.

Then, when the boy goes to the shops to buy himself rye for his breakfast, he leaves his pen by the fountain and says hello to the baker and the woman.

The tiny shop where he has bread, fish and tea has a little juke box and sometimes, if he feels like a song, he pushes the button on it and plays a song for himself. At those times, he always has his pen with him and his little black book and he takes notes, placidly, after he has had his breakfast.

He loves the music playing him to work in the background and when he goes home, he tells his grandmother of the songs. His grandmother, who is pleased with him gives him a pat on the back, hugs and kisses him. They have dinner and a hot cocoa before bed.

Grandmother tells him stories of the time when things were not the same, in the garden and how it used to be then, with people very few, walking about with no one to watch over them, no one to point out a fallen clip from the Miss, or the hat from the gentleman.

There was no one then, to make that observation that nobody noticed.  No one was perceptive and diplomatic about indiscretions and no one took any note. There was also no one to correct a spoken word, when it was incorrect.

There was a fact, there was a fiction too. Sitting there, with his head resting on his hand, he saw the world.

He was brought to the garden under the fountain because everybody loved the way he thought and spoke.  The way he artfully dodged those comments there, the way he kept a secret, the way he argued for a point of view and the way he let his poetry flow out into the breeze, in still and silent moments.

In his solitary moments, when he thought no one was listening to him, he muttered, ” Wisdom has two parts, knowing what to say and not saying it,” as some one else said once to him.

The way he inspired that someone to pick up his pen and write it down.