You are here: Home / Editor's Choice / This Shall Pass Too….. 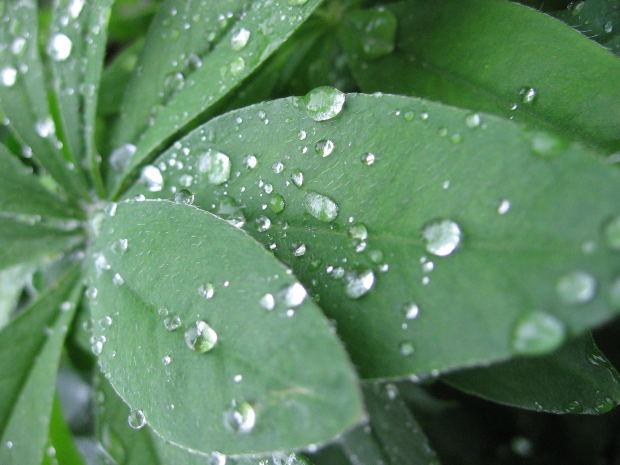 Social Short Story – This Shall Pass Too…..
Photo credit: EmmiP from morguefile.com

It was around 10 in the night and it was raining heavily. Visibility was hardly about 500 meters. She just came out of the building with tears in her eyes. Still in shock of what she had just witnessed. The unseasonal sudden downpour had caught her by surprise as she like many others that day didn’t carry any umbrellas or raincoats with them. She waited there long for a cab even as her tears kept flowing out profusely from her eyes and the rains washed them away before anyone could notice them.

On the opposite end of the road stood a man staring at her. She didn’t notice him for a long time as the thoughts of the sight she saw kept coming to her endlessly. Just as she caught the eyes that were staring at her, she felt a rush of blood and she developed cold feet.  She started to panic and removed her mobile phone from her Luis Vuitton purse. But to her bad luck the unseasonal rains had damaged her phone as well with water dripping inside her purse as well. Her fear got the better of her and she froze on the spot she was standing. The thoughts came back to haunt her.

She remembered about what her lawyer just showed to her upstairs about what her estranged husband had been doing behind her back. Her lawyer, he claimed had supernatural powers through which he could foresee the future of his clients. He even claimed to read their thoughts just by looking into the client’s eyes. Her lawyer had just told her how her husband was having an extra marital affair with her own sister. He made her see the videos and photographs he had taken while her husband got intimate with her own sister. She had always had the feeling of insecurity about the behavior of her husband while being with other females. No wonder she appointed the lawyer who could even see the future of people.

Her insecurity had brought to her Depression, Insomnia. She spent many sleepless nights just thinking about her married life. Even the sleeping pills had stopped working on her after a period. As she watched the pictures, she began to get restless and popped the remaining 5 anti-depressant pills, which she was prescribed just 2 at a time in a day. After showing her the videos and pictures, the lawyer then calmed her down with a glass of cold water and explained to her that divorce was the only option she should consider at this stage as he could visualize the falling marriage which was quite imminent now.

There was a huge flash of lightening and a loud thunder which brought her back to the present where she was still waiting for a cab to take her home. And to her amazement as she watched across the street she couldn’t find the man who was standing bang opposite her with a constant stare in his eyes against her. She was relieved to find no one there. Still thinking about her failed marriage she wondered what more she could have done for her husband. Was it plain bad luck or was it destiny playing its game on her. Or she was meant to suffer for her past sins. All these thoughts kept cluttering her mind sending her on the verge of another Depression stroke. She was sure she could not have handled another stroke at this time. The only thoughts that crept her mind were to commit suicide.

Just then she heard someone talking on the right. She was shocked to see the man standing next to her was none other than the man who had been staring at her from the opposite side of the street. She wanted to scream out aloud for help. She had feared the man to be someone sent by her husband to kill her so that he would enjoy a peaceful life with her sister. Her voice choked and she couldn’t move an inch out of fear. She stood shivering as the man reached out his bag for something. May be it was a knife or a gun, she thought. She wanted to run but she stood her ground as another thought cropped up her mind. She felt it was better to die with the hands of a man whom her husband had sent out to kill her. Anyway she was considering suicide. She gathered some courage and shouted, “KILL ME NOW. Go ahead, what are you waiting for, just shoot me right here and tell my husband he is free now”.

The man took out what he had in his bag. It was a loaf of bread. He gave it to a beggar sitting on the road without any shelter under the sky which burst out crying even more loudly as the downpour just got heavier. He offered the beggar a blanket too which he had got along. She was stunned at what she just saw. Just as she was about to say something, the man turned to her and said, “My lady, what happened to you. What were you talking about just a while back? I was just here to offer this poor man some help. Do you need any help?”

She was relieved to find out that this was just a good man trying to help a poor person in need. She sat down on the footpath and asked the man to sit along as she was charmed by the goodness of that man and wanted to talk to someone desperately. The man obliged and sat down. She narrated to him the entire story, the pain which she had just been through and how she felt like killing herself as she didn’t find any hope of living at all after the betrayal. She just could not accept the fact that her marriage was on the rocks. The man kept staring at her all the while listening patiently what the lady had to offer. He then shook his head a little and gave her a light smile.

“My lady. I totally understand what you are going through at this moment. I see that you have lost the only love of your life. You loved your man so much that you are not able accept the fact that he betrayed you,” he said.

She nodded her head in agreement with tears still flowing out of her eyes.

“Have a look at this man over here. My wife says he’s been living here since the last 5 years. One look at him would suggest that he is a beggar, but he is not.”

She frowned in amazement about what this man was saying.

He continued, “He is a man who has been serving people selflessly ever since my wife knows him. He had a beautiful wife whom he loved the most in this world. He was quite a rich man with a huge estate down the street. His blind love for his wife did it in. Never even in his wildest of imaginations he would have thought that the girl he loved would betray him for another man. She had wronged him by making him sign all of his wealth for her.

But he never had any ill feelings for her and continued serving the society as he used to. His love never died down nor did he lose faith in himself or others whom he interacted with. With the help of a few good men he still kept on building houses, which you can see on the opposite end of this street, for the less fortunate ones. Though he never built a house for himself again. He stays on the streets serving the poor and plans to do the same till his time is up. My lady, every day I come to offer bread to this great man who helped building my house. What more could he have done for a blind man like me!!”

Her tears had dried up by now. Shocked in amazement and in awe of the bravado that man on the street had displayed all these years, she herself pledged her life in support of the unfortunate ones. She vowed never to look back at her past again that carried the burden of painful memories. She understood the message this messenger of God had brought to her. She started feeling a lot lighter and burden of betrayal was suddenly off her now. She thanked the man and walked away smilingly with one thing in her mind that she had to and was ready to ‘Accept’ whatever life had to offer her, with open arms and a free mind as nothing in this world is permanent. The only permanent thing she changed was her attitude towards her life. She lived a wonderfully devoted life towards others till the end and always maintained a thought under all circumstances, whether good or bad —- “This shall pass too…….”