You are here: Home / Social and Moral / Unexpected Turn in ‘MY LIFE’ 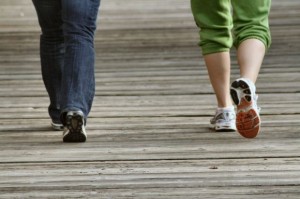 THE RACE:
A dark cloudy day ,every 400M athletes preparing themselves to run the long sprint including me.My friends and coach shouting at me, to win.
But who knows that I have a hamstring pain in my legs. It is because of the previous race I won. Everyone was happy that I have won. But a boy fell down while running, who has hit my leg but no one noticed.
This made me lose in current race when everyone encouraging me, calling out my name while running. I can only blame my pain, but there is a reason beyond that.
The another reason is that I didn’t practice for my race. I cannot tell this one to everyone. The day I lose my race I took a promise that I will practice from the day I lose to win in my next year’s race.
I was studying 10th standard, so I cant concentrate on my practice as I have to concentrate on academics. But as soon as the exam is over I went to the ground practicing everyday.
I practiced without thinking about my entertainment.This gave me a feeling that I can win the race very easily.
Everything was going well,but a day came which is the day for the results for the final exam.When I saw my result paper ,my eyes were filled with tears and my father cried for the first time.
I cant even think that moment.That is I got only 1 mark more than the pass mark which made the turning point to my life. My parents decided to change the school and I too didn’t refuse which is a big mistake I made.
We went to get admission in a school which will only concentrate on studies and nothing else. I prayed that I should not get admission but being unlucky I got admission.
First day, I don’t even know what to do, went to school.They gave us all information and rules.They divided us into teams and sent us to our classes.There were sports inside the school but they will not take us for competitions outside.
I thought that if I play well in the school they will take me to the race outside. We have 4 breaks between periods.In every break my work is to go to my games master or anyone who knows about the school, asking them when will they conduct sports competition.
The days passed like this . One day, I heard a boy talking about a Kho-Kho match.I thought that if I play well in the match, I can be selected in athletics also because this is also related to running.
I asked the information about the match,but he tried not to tell me. I understood their expression and I left.To get selected in the match I asked a senior about the match and he was free to tell me.But he didn’t select me in the match.
So I ran and showed him.He was impressed.but still I was a substitute.
The day of the match came.The match went well and I was watching it as a substitute. Luckly, a player was injured ,which made them call me inside. I went in with a bright smile in my face.
It was the second half ,and we were in a losing condition. As soon as I went inside ,the team began to get more points .But, unfortunately we lost. But this game made everyone turn their attention to me.
I thought that ,now they will take me to Kho-Kho match outside .but they didn’t. They told that the Kho-Kho match is already over. My heart sank. But I didn’t give up .
As I played well in the match, they enrolled my name in athletic events. I thought that if I run well in this I will be taken outside. As I expected I won in all events I participated and very easily.
Now I went to my games master asking him to take me outside , but again I heard the the same answer from him ,that is, the events have already over.
‘Ha ha ha’, a voice heard. I went to see who it is and I found that he was the one who selected me in the Kho-Kho match.
He told me,’whatever you do, you will not be taken outside for competitions.’
I asked ,’Why?’.He told me that he was also the one who won many cups in the races in his previous school.But when he came to this school ,he was unable to express his talents.
He said crying,’That is why I gave you a chance’.
I understood that whoever come to this school cannot be brought up, including me.I was feeling for this all the nights. But I will not give up.

MY JOURNEY TO GET A CHANCE WILL CONTINUE………………