You are here: Home / Social and Moral / The floating swing through the memory lane 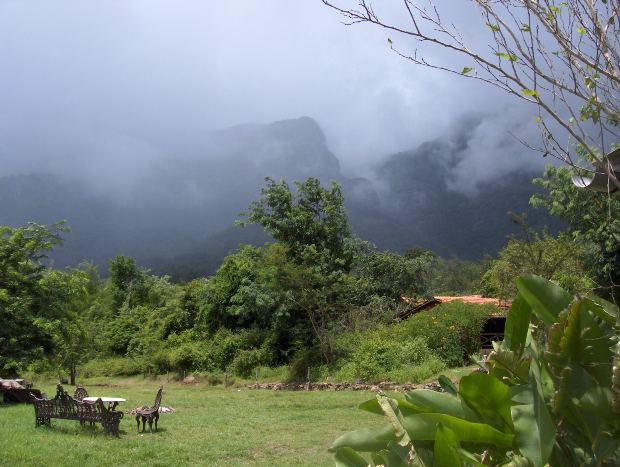 The floating swing through the memory lane
Photo credit: ameenullah from morguefile.com

Of all the prized possessions that childhood mortgages to maturity, memories stand at the pristine. Recollections from the past, those nostalgic childhood moments which when remembered leap from one to another; leave us repulsive to our own future. Looking back at the vista of life’s lavish gifts endowed upon humanity, childhood memories are profusely imbibed into our minds.

Gradually, unnoticed by the passing silent autumns and the warm summers, I had almost completed my graduation and was leaving the country in about a month with prospects of a better living in US. Expressed as luck by most beings, a better life with better prospects was awaiting me on the other shore of what I was going to leave here.

Thirty seven days is what I had at my disposal to use wisely. I could have visited unexplored lands of the country; could have taken blessings of the glorified shrines; stayed back home meeting my friends and those I will dearly miss, rather I chose something unconventional. I decided to visit my maternal place in a distant village. My mother often visits her place but I had not sojourned the place for nearly fifteen years. The reasons attributable to such hanging up were the need and greed to mingle with the growing society, a false sense of urbanization and modernization fogged my mind, taming the rising tides of innovation and invention. My decision was rather a result of conviction than love, to pay a visit to my native home for probably what may be termed as the last time in the time to come. It was a failed attempt to relive those moments of the cherished childhood which I was sure I had lost long ago.

I deliberately requested my parents not to accompany me, because the shade guaranteed under parents does not expose one to the harsh and rude conditions one associates with a primitive village, the true rustic life I wanted to experience. Waiting for the train at the station, thoughts of superiority, dominance and royal treatment, which I expected clustered my mind. I was already imagining a grand treatment that I received in my childhood. The feeling of awe and surprise with which that the villagers looked at me was remarkable.

I boarded the train that was supposed to reach the destination in about five hours. I had all the time in the world to rethink and recollect those childhood moments I long ago enjoyed and lived. Diverse thoughts and recollections overwhelmed my mind. I could distinctly recollect how I could get up in the morning with the alarm of the rooster, play with clay and mud which were common toys for children. I could recollect lush green fields at summers end, travelling across fields with neither objective nor reasons. A heavy lunch followed by warm siestas in my uncle’s laps. Dinners often in the dark when there was power cut. Often summer vacations were the time most favorable to visit the village.

Of the recurring thoughts that satiated my turbulent mind was the swing I enjoyed in the mango orchard of my uncle. Surrounded by lush green mango trees, smelling of ripe mangoes of the hot summers, followed by frequent debates between my uncle and the boys who silently strolled into the orchard desiring a mango or two, one thought lead into another and into another. But, the imprint of the swing and the serenity it was surrounded in, the piestic environment around was an indelible one. Thoughts were vivid, diversely colored and prominently pleasant.

Perhaps our thoughts are similar to a swift flowing river, one follows another and another and the original thought gets lost amidst this turbulence; intermingled they lose beginning, unaware of the end proceed swiftly. Remembering those times, I laughed, I cried, I felt stupid but importantly smiled at every such thought. The swing, again struck my thought flow, and I decided to reach in my thoughts the orchard and the mango tree where the swing was suspended from its branch. The branch had long supported the swing and was strong to withhold the gambol of numerous children that spent most of their afternoons pendulating on the swing.

The swing went to and fro rapidly in the air, crashing the hot blowing loo of the plains, and I like a pilot would make failed attempt to steer the swing; but this was what meant fun to me and a hoard of young boys. Enjoying the swing’s ride ended up frequent quarrels between the village boys, and I took advantage of my guestly status. The mightiest of the village goondas also surrendered to my might. This was perhaps one of my primitive encounters I had with a sense of superiority over others, dominance and advantage of my status. Gradually, this sense of superiority submerged my mind and I started looking down upon other village boys. I could not see through the respect they had for me as a guest but sadly did start asserting my superiority.  Thoughts of supremacy and false dominance surrounded my mind once again and I restarted imagining grand and royal treatment. The villagers perhaps will once again treat me with feelings of awe and respect that they once looked at me with.

The train and thoughts at last reached their destination. I did not inform anyone at home expecting them to be surprised. I got out of the station, looked for a conventional manual rickshaw, I loved travelling in. I could not find one and hired an autorickshaw to reach the home. Perhaps little fine touches of modernization have made this difference. It was not long that I was surprised and amazed understanding that these were not fine touches of urbanization but a clear sweep through of transformation. I was taken aback, was awed and respected the rate at which the sun of modernization had shined over the village.

It was not the same I had imagined and recollected in memories. The memories were forged. The recollections were deceived. The nostalgia of time spent as rustic was proved to be a mere mockery in itself; my mind revolved as if in a dizzy by a drug. I felt cheated, I was unable to succumb to the feeling that my village had lost what I wanted it to be.  There stood offices; granaries had replaced malls. There were colleges, universities, schools and theatres. The journey from the station to my home chronologically scales at twenty minutes but it appeared I had crossed those fifteen years. I smiled rather mocked at my foolishness. Was I selfish, expecting a corner of the country to rot in primitiveness, whereas I enjoy the fruits of modernization in another corner? I sincerely though that urbanization was not my birth right but was privileged to all.  Or was I actually concerned of the extreme modernization I scared my village falling into?

I reached the house and felt pleased to see my uncle, but a sense of unhappiness still revolved my mind. I did not feel satiated nor contended and was still perplexed. Uncle asked me to rest for the day and he would take me on a tour of the village the next day. Despite his repeated requests, I was adamant on seeing the mango orchard. I had spent my childhood in the orchard and had a reason to dart for it. I wished somewhere in my deepest desires to escape the public eye and ride the swing once again, like a child, careless, free like the pendulating swing itself. My uncle surrendered.

The swing no more existed, the mango orchard was no more there. There was a factory installed at the site manufacturing plastic. I did not believe it; I did not want to believe it. I looked around relocating the orchard and the swing. I failed. I did not want another swing, neither another orchard, I wanted the one I enjoyed during my childhood, and I could witness the lament of a child in me. Perhaps manufacturing plastic is more important than the lush mango orchards as plastics are a cause of a wide variety of articles in a household while mangoes only a cause associated with obesity.

I felt no reason for staying back, the nostalgia I wished had vanished long ago. The village was now a town and tomorrow shall be a metropolitan city.  It will lose what I had known it for. The greenery, the rooster alarm, the sugarcanes had all once gone. I had nobody to exhibit my dominance over, nor anybody to give me a grand and royal treatment. The village had equaled the city in most respects, and so did its inhabitants. My concern was now elevated from individual supremacy to dying rustic archetype. The village had transformed into the cast of another borrowed city.

Debates punched my mind between benefits of urbanization and retention of what I relished my village for. Was I startled by sudden pace and equality that had swept my village profusely? Will those village boys face me more strongly as they had nothing new to learn from me? Or was I struck by obdurate social inferiority I viewed my village in? I did not wish to answer any of those; I wanted my village back, the rustic environment, and the serenity back.

I neither wished acting heroically nor had any profound reasons but yet got my US tickets cancelled. I had lost all hypocrisy, dominance and false supremacy long ago somewhere in the mango orchard. It was my country, my home, my land I was leaving and the earth pulled me back. I decided to lead a simple life and serve my land to transform it into a better India not another borrowed America.