You are here: Home / Social and Moral / The slave city of Forres 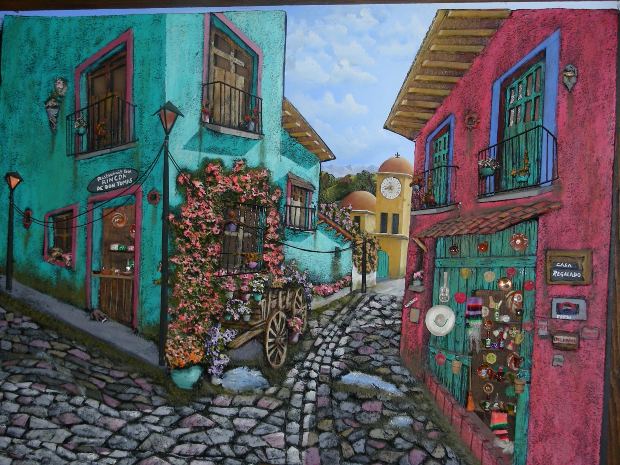 Social Story of the slave city of Forres
Photo credit: Skinny2 from morguefile.com

Centuries ago, there existed a fine city called Forres. This splendid city was famous all over the world for its grand architectural buildings and the wealthy and powerful eleven lords, who were popularly called ‘the eleven of Forres’. This city was a hub of luxury and misery both, the former for the eleven masters, who were the dynastically lords of this city, and the later for their subject slaves, who also happened to be the citizens of this city.

From thousands of years, the whole population of this city was enslaved by the eleven masters of Forres, who inherited the mastership in legacy from their forefathers in a vicious cycle that continued without any hindrance from centuries together. Every child born in this city would be born as a slave of the eleven. There lived no free man in the whole city of Forres save the eleven. Every child of Forres after reaching a certain age, as a symbol of his slavery, had to wear an iron collar around his neck that served for locking him up with the chains after he completed his slavery in the day.

The whole day the slaves of Forres would carry out the commands of their masters; working in their lands, building whatever they wished, did their trade and every other work of the city the eleven wanted, and before every night fall they were taken in large cell halls, guarded by other slave soldiers, and locked with chains tied to their iron collars, which hanged around their necks from their birth till their death. This process was followed by the eleven and their next eleven successors from thousands of years. It was known that not even a single slave has been able to escape from Forres in these thousands of years.

Any slave who tried to escape from Forres could hardly make it even upto the city walls and would get killed at the hands of other slaves, working as the soldiers of Forres. The fate of others, who refused or either failed to carry out the commands of the eleven was also terrible. They would be starved to death on the streets of the city. Even if anyone offered food to these starving slaves, they refused to eat, preferring death over slavery, as they believed that graves were more beautiful than the city of Forres as there were no masters.

The past hundreds of generations of the people of Forres had been working as the slaves for the eleven and due to this long period of slavery, the people of Forres had actually forgotten who they were, where they had come from and what freedom meant. For the old slaves, slavery had become a habit and they were used to it. The only thing these slaves could remember was that they had been the slaves of the eleven of Forres from the time of their forefathers and the times to come.

The city of Forres was not just famous for its huge inhabitant slave populations, it was said that Forres was the greatest city that ever was or will be. Its mighty structures and buildings fascinated the people, the merchants and traders visiting Forres would carry amazing tales of Forres, the wealth of the eleven and its majestic buildings to their lands. It was said that 10 thousand slaves had died while building the greatest castle of Forres and its towers went as high as the sky and it was impossible for any man living to destroy it.

The eleven masters of Forres, had become lost in illusion of their power, strength, and wealth. Their stories of treasures, gold and innumerable slaves had spread to the distant lands as wild fire. Many Kings and conquerors had made tremendous attempts to occupy the city of Forres, but every time they failed. The walls of Forres always stopped them, for they were so high that no ladder could climb them, and so strong that no cannon could breach them. The only way into the Forres was through the gates of the city, that always remained closed and opened only on the command of the eleven.

The eleven had controlled the city of Forres since thousands of years easily and candidly, only until the Edark of Iblin marched with an army of tens of thousands of soldiers up to the walls of Forres. He laid a siege around the city of Forres for months together. Edark was a very generous King and it was believed that he had taken an oath of freeing every slave and breaking every chain of slavery upon becoming the King. On the streets of Forres even the rumours among slaves began to spread that his army was never defeated in any battle. Unlike other conquerors, Edark hadn’t marched to Forres in lust of the wealth, but he wished of freeing the slaves of Forres, from their cruel masters and make them breath in the air of freedom.

However, as Edark marched up to the walls of Forres with his mighty army, the eleven again shut the gates of the city and commanded the slave soldiers and archers of Forres to hold back the army of Edark, as they had done with the other conquerors before. The eleven again became successful in protecting their city and Edark failed to breach through walls of Forres despite many attempts and lost a considerable number of his soldiers in these attempts.

But Edark was not ready to give up so easily. His army generals and counselors suggested him, that if the city of Forres is to be won, the only way in it is to ignite a rebellion from within the Forres among its slaves, who had been oppressed by the eleven, and then open the gates of the city for his army.

Edark planned to disguise some of his best soldiers as merchants into the Forres, who would stealthily carry weapons in their goods and then distribute it among the slaves of Forres, and then open the gates of the city for his army. The plan was hailed by the army generals, but some wise men in Edark’s army stopped him from taking the campaign of Forres any further. They argued that people learn to love their chains with time and the people of Forres had been slaves since thousands of years and they cannot be learned to live like the free men. They insisted upon Edark that he should withdraw this campaign for his own good.

But Edark refused to them, as he had swore to free every slave and break every chain of slavery upon becoming the King. Edark gave green signal to his men, and the events unfolded as planned. The soldiers disguised as merchants successfully turned some young slave soldiers into their side and as planned the gates of the city were thrown open for the Edark’s army on one fateful night. As soon as Edark’s army entered into Forres, the city alarms were raised, the eleven were taken by the surprise. Edark ordered his men to find and arrest all the eleven of Forres and bring them before him. The young slaves joined the Edark’s army and the houses of the eleven were set ablaze, but somehow three out of the eleven managed to escape from the back gates of the city. The rest of the nine were brought before Edark and he killed them all himself in front of all the slaves of Forres.

Edark took the control of the city and announced the liberation and freedom of every slave of Forres and declared that the city of Forres shall always remain free from now and the times to come.

The young and small child slaves of Forres rejoiced in joy and broke the iron collars in their necks and declared death to their slavery after thousands of years. However, the joy could not remain for a long time. As had been already feared by some wise men of Edark that it would be difficult to teach the slaves of Forres how to live as the free men, just after some days after taking the city of Forres, many old slave men started coming to Edark and complained that they are finding it difficult to live without being locked in the chains. They complained that the young men don’t allow them to live in peace or work anywhere. Edark tried to do everything for them, but couldn’t satisfy their discontent. With the passing of time, the discontent of living in freedom among the old and weak rouse immensely and Edark was murdered. Those who had become habitual of living in the slavery couldn’t make it to live in the life of freedom that Edark had offered them and they left the city of Forres forever. Only those who were young and had not lived a long life in the slavery, stayed at Forres and continued to live the life in freedom in rule of Edark’s successors happily ever after.

It is said that those who left Forres are still looking for their three masters, who had fled Forres when Edark’s army had entered into the city, and by the time they find their masters, the whole world including Forres, will be enslaved by the three, who survived from the eleven.