You are here: Home / Social and Moral / Blind Turn… 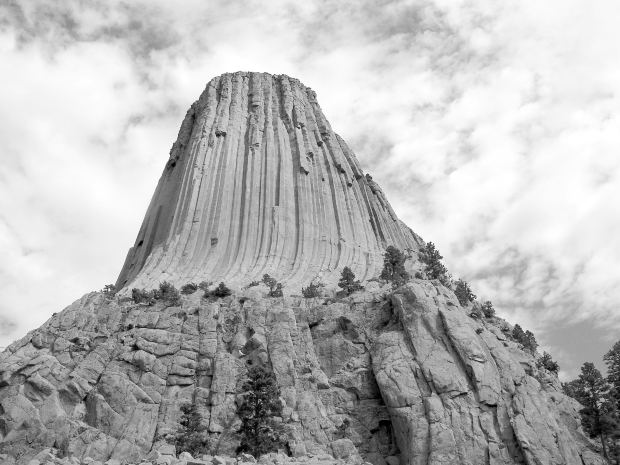 It is a hard day for Ooty as the monsoon started in the ghat areas and receiving a good amount of rain. I was driving to reach my estate through many air bends and I am very careful in watching for any landslide. There was a specific air bend where we are totally blind and we have to wait there making some horn and then only we should move. While I was there I do the usual and didn’t receives any horn back, so I started to turn and within seconds I stamped my break hard.

Kumar was standing there….

Kumar is literally a blind person who is from a little village near Avalanche Lake. I could not forget him because he saved my daughter‘s life. It was the hard day for me to forget that moment. Kumar was not blind from birth but started to lose his visibility in his teen age and literally lost 90% of his vision. He is good mannered boy and was working in botanical garden. I was there with my daughter to take some time away from her sick mother. My wife fell sick when my daughter was born and it became very difficult for me to take care both of them. I was in stressed moment and sat in that garden for a while and was thinking about the cherished moment that I and my wife had. Suddenly I heard peoples noise and they were running towards a direction. When I look for my daughter, she was not there and I too ran in the same direction.

I was almost dead to too look that view.

Kumar was rescuing my daughter from the stray dogs and he got bitten all over the body. People have thrown stones at the dogs and cleared the attack. I rushed towards Kumar to take my daughter from his hand.  She didn’t get hurt but Kumar fainted there itself and we rushed him to the hospital.

I took good care of him in the hospital and he was there for couple of weeks. After he got cured, his relatives have come and took him. He grabbed my hand and told how thankful he was but I said that I owe him for what he did and asked him to contact me for any help.

Those scenes were literally going in my mind when I get down from the car and walked towards him. He was in mid twenties now and didn’t move a bit. I put my hand on his shoulder and asked,”Kumar what happen”.

He touched my hand with aggression but immediately he recognized me and started to cry without saying a word. I kept on asking him but he couldn’t able to answer and finally he said that he was walking with his wife and suddenly heard a car greasing sound after that there is no sound and his wife was gone. He was standing here for more than an hour and didn’t know what to do. I didn’t know too, so I grabbed his hand and walked him to my car and asked him to stay inside my car while I go and look for his wife.

I made him to stay inside my car and parked that in a safe position and opened my doors to get down. While getting down he said, “Sir, my wife is dumb & deaf and she could not realise who you are so show this house key and she will come.  Also this is my photo that I keep always with me and the woman standing behind is my wife”. It was a wallet size photo and took that along with me.

I ran to the cliffs in that drizzles and it is almost going to get dark. The moment I climbed a rock I could easily spot that girl and she was lying on tree trunk. I ran towards her and she is the wife of Kumar but I couldn’t able to look at her, all her cloths where Torne and she was literally lying there without any movement. First I thought it was wild animals and they could have dragged her here.

But then I realised it is not wild animals but it is wild humans, I don’t how many people but they were the worst nightmare for her. It seems they have raped her many times and left there and could not able to trace who they are. I picked her up but suddenly she came to conscious and started to fight with me as if I am one among the culprits.  Then I suddenly showed her the key and she came to normal. I took my jacket out and covered her, she start to faint and collapsed on me.

I managed to grab her and walked towards the car. When I opened the door, Kumar was anxious to know anything and I laid her on the back seat. Then I came to driver seat and till that moment kumar was gasping and listening to the sounds here and there. I said to kumar that there is nothing to worry as she slide in the little pit beside and got fainted. He was trembled and tried to touch her but I resisted him and said we will go the hospital first.

We drove to the hospital and doctor was my wife friend.  I made kumar to sit outside and took her wife inside to check her and till that moment she was laying unconsciously.  I whispered to the doctor on what could have happened and asked her to keep it secretly as kumar should not know this. Doctor examined her fully and admitted her in the hospital for further treatment.  She came outside and said that it could be complicated if you have delayed. They done some barbaric thing that I couldn’t able to say but she is a strong women and she can come over this. Then I said that Kumar is blind and his wife is deaf and dump so I will be taking care them and please contact me for any issues.

After few days of treatment, we thank the doctor and came back to my estate. Since my wife died few years back, I asked both of them to stay here and I will give them job to take care my daughter and home.  My daughter remembered Kumar immediately and mingled with them and things were going fine after they came. Sometimes I could hear kumar’s wife scream in her sleep due to that act which was painful as a father of a daughter.

I took kumar for check up in Chennai and doctors have given hope for his vision by doing a little surgery. We all stayed in Chennai for while to get this surgery done and in mean time I took kumar wife for ear treatment and bought a hearing machine for her.

The day has come to remove the bandage and kumar is all set to have his vision back. After a while, he was able to see who we are and could recognize me and my daughter as we know him earlier. It took some time for him to recognize his wife and both were hugged in tears. We were back to ooty and I had ample time to look the business back as kumar and his wife taking care of home and my daughter. The autumn days have passed with beautiful smile and welcomed the winter little earlier. So myself and kumar’s wife had rushed town to get some supplies as there could be heavy rain in coming days. If there is any land slide we could not reach the town easily.

As we got the supplies, we drove back to the estate. While coming to the blind turn, I was about to stop and horn but before that I heard a horn sound and decided to stop. But suddenly a big rock has slide in our position and with an instinct I move forward. Without knowing the consequence I moved front and the car in opposite had lost control and thrown out from the cliff it was almost 4000 feet. It is big white car and I immediately stepped outside asking kumar wife to stay in car itself. My heart was pounding like anything and no sign of the car to my view. I don know who was there, may be a family , children and my heart was dying in guilt.  With seconds I heard greasing sound and the rocks are again started to slide. I took some courage and went back to the car and drove a little safe from that position. Rain started to pour so I decided to get back to estate and come back alone for help. When we reached the estate we heard that all roads have been blocked and government has asked us not to come outside for three days. No power, no network and we almost didn’t know what to do.

After few days when everything settled myself and kumar wife came again to town for supplies and was looking for the paper on any death news in that cliff. While coming back I was taken aback to see that white car standing near the police station with all the mud and damage. I rushed to local hospital and could see my inspector friend was standing near the mortuary. When I came there he was astonished to see me and asked what happen.

I changed the momentum and asked is there any death due to land slide and is there any victim form my estate. Inspector said that there are deaths but not from your estate. Few youngsters in mid twenties from Chennai big shot families were thrown off from the cliff. All of them were drunk and they all severely injured before wild animals torn their bodies into pieces and we don’t know what had happen. While inspector was explaining how they taken those bodies from the ground, kumar wife entered the mortuary to see the bodies and she ran out of that place with tears in her eyes but smile in her lips.

I was about to say what had happen there but suddenly another police man called him for some other work. So inspector was distracted and when I was there to tell, kumar’s wife grabbed my hand.  Suddenly inspector received a call and he left that place and kumar’s wife dragged me to the car.

I don’t know what had happen to her, and then we drove the car back to estate. All those time, kumar wife was very happy she could not stop her tears in happiness. She was suddenly brightened and we came to the blind turn spot. Then I realised; I smiled………….