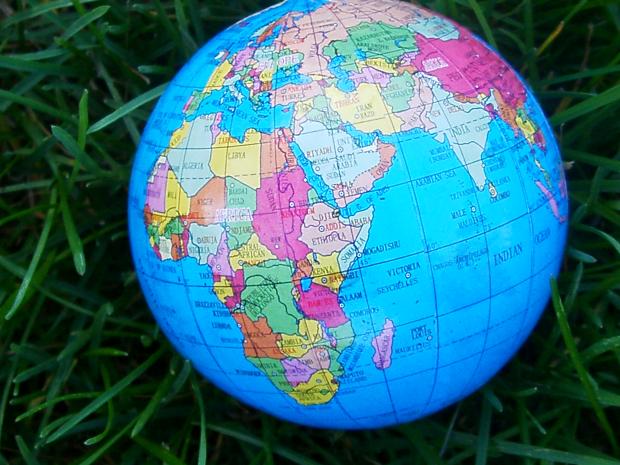 22nd. April is a very important day in the history of Human Rights Movements. It is reckoned as “Earth Day” and is celebrated annually all over the world in more than two hundred countries with enthusiasm. The very purpose of celebration is to promote awareness about environment and the ways and means to protect it for the betterment of the people, animals, birds and beasts living in and around the world at present and for the generation to come in near future.

For the first time Earth Day was celebrated in the year of 1971 and now is coordinated globally through “Earth Day Network.” In 1969 at a UNESCO CONFERENCE in San Francisco it was first proposed a day to honour the Earth and the concept of peace and harmony to be celebrated on March 21, 1970.
Later on it was duly sanctioned in a “Proclamation” in black and white by the Peace Activist John McConnell the moment it was officially signed by the then Secretary General of United Nation Organisations U Thant.

A month later a separate Earth Day was founded by United States Senator Gaylord Nelson as an awareness and teaching on environment and how to protect it coupled with peace and harmony globally on 22nd. April 1970 and since then this auspicious day is being celebrated globally as “Earth Day.”
This day was selected with a view to maximizing participation on school and college campuses for what it was thought and conceived as an “Environmental Teach – In.” It was also determined the week of April 19-25 the best bet as it didn’t fall during exams. or summer or spring breaks or vacation.

On February 26, 1971 UN Secretary General U Thant while signing a proclamation to this effect remarked as follows:

“May there be only peaceful and cheerful Earth Days to come for our beautiful “Spaceship Earth” as it continues to spin and circle in frigid space with its warm and fragile cargo of animal life.”

22nd. April was focussed as “ Earth Day “ in the United Nations but in fact it was launched by Denis Hayes – an original Coordinator of 1970 and taken by enthusiastically as International cause in 1990 when several events were organised for the first time in 141 nations of the world mostly the members of the UNO.

It is mere coincidence that Lenin’s birth day falls on 22nd. April – the day declared as national holiday in Russia.

In 1995 it completed successfully 25 years when different community welfare activities, events and programs all over the world participating about 190 member nations were well organized and celebrated enthusiastically,

Somewhere some member nations also celebrate it followed by Earth Week ( 19-25) when the entire week is focussed through various events and activities on preserving and protecting the environment globally.
Earth Day Anthem that is very popular and translated in many languages beautifully composed by Abhay Kumar is as follows:

Nothing more left to say about “Earth Day” if we go through it and understand. Its theme inherent in every word of the Anthem so beautifully written and summarized in a few lines.