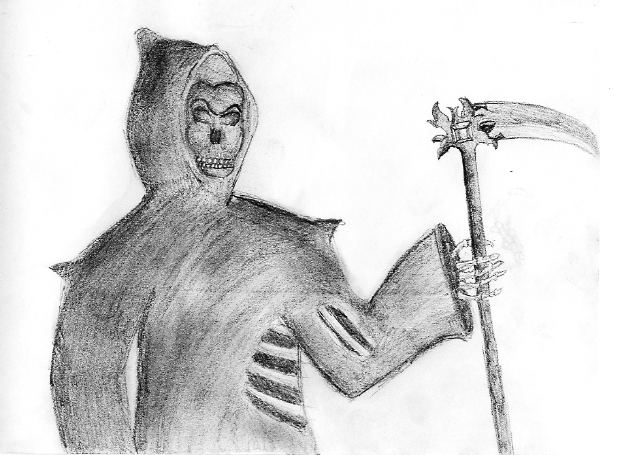 WARNING: Explicit violence – read at your own discretion

This story is based solely on the dairies found and studied by a private investigator in 2003. The evidences surrounding the case was kept confidential for five years before being finally revealed on the web. The reason for this revelation was largely out of sheer desparation as the string of cases was never solved till date.

Below are some of the Journals taken from the files of the aforementioned investigator. Sources of the kid’s journal are however, kept hidden.

The last of the serial crimes was reported in May 2004.

It was a cold morning. I woke up half past my usual hour day for I am suppose to attend the exam at 9. I went out to brush my teeth. The morning was extra chilly that morning. It has been raining for days and the fog was so grey that it inhibits every visual sense my sleep-sore eyes could provide. Nevertheless, I stepped out and slowly stomped my way towards the outdoor urinal at the very far end of the backyard. By the time I reached there, I realized I have to spit the lather out. So I bend over, as I did so I notice something whitish from the corner-most part of my right eye. Reaching for my brush to clean my teeth for the second time, I turn to see what was there. Squinting through the fork, I saw what looks like a enormous polythene bag lying not a hundred feet away from our fence near an abandoned house leaning on a tree, possibly full of waste. I went back inside.

Later I heard a piercing scream coming from across the back yard.

At eight, as I was dressing up for school, I heard the elders whispering around the house about a corpse found by a washerwoman near the abandoned house. It was a body of a man as pale as an albino, a paleness commonly seen in corpses where the colour is gradually washed away by the mighty rains of Cherrapunjee. The man was found wearing a white shirt and leaning on a tree.

“Oh man!” It dawned on me that I have been staring at the corpse for about 2 minutes while brushing my teeth earlier. The chill it gave me!

I was about to go out and see the dead man, my mother withheld me and said that there are things which I am not supposed to see. I fought hard but as usual, I have to give in. Then I went out the back door and pretend to go to the back yard urinal and jump across the fence.

There were a lot of people already, half of them trying to identify the person but to no avail. Being short I was able to shove through the circle of the crowd and reach the front. As I pushed through, I fell face down and yes I reached the spot. I looked up and shouted my lungs to recoil from the horror I saw that moment. I felt an elderly hand pulling me from the scene and scolded me, but I didn’t hear see or felt anything for a long while. The horror I saw that day could never be described in words. But I will try.

The man face was as grey as a recently cast cement. His eyes were bulging as if an unknown force if pushing them out of their sockets. The most horrifying part of that split second frame is the tongue. It seems to come out at twice a normal length, hanging across a cheek of an overall nightmarish face of death itself.

The man has been strangulated with a pair of an unusually strong hands and left there to die in the rain for about three hours or so. What baffled the police about the case was that the body was found with a tatoo of a sapling. That was indeed singular.

The dead man’s relatives later came and identified him, after everyone failed to do so. I could not write the exam well that day. I was sick and the horrors went on to torment me for the rest of the week.

However, the imagery that continues to haunt me to this day is not this face of death, but the thing that looks like a plastic bag leaning on the tree trunk in a thick fog. Even now I continue to see the back of this unfortunate man leaning on a tree and the screams of the first person who saw him first. Well, it just so happened that I was the first person who did saw him while she did the rest of the discovery.

I went out to the town pool to wash my clients’ clothes as usual. (Washing clothes is my profession you see). It was about to be five and I thought I was late. I hurried to the steps leading to the pool. I saw Mr. ______ leaning on his favourite tree under his umbrella . He is the town’s famous alcoholic and a shepherd who never fails to show up in that spot every morning  at 4.30 am. I went on and after a point, I stop to catch my breath . It was very foggy that day, I could hardly see anything a foot away from me. The morning was very cold. I shuddered to think of even touching the water once I reached the pool.

I heard a grunt nearby. Turning my face up, I saw a man attacking Mr _____. He was a very small fellow and moves like a monkey. I decide to intervene.

I squinted my eyes through the fog and saw that the fight was so ferocious I could not know what to do. As I draw nearer, the small man, possibly a boy of twelve, grasped Mr ______ by the neck with his elbow from behind. Mr______ went down as he struggled or his breath. I was so scared by this time that I kept on looking at the boy. I was petrified as I looked down, staring at the face of the devil himself clothed in this boyish frame. Let me remind you that all of this happened so quickly that it was over as soon as it started.

The boy then dragged poor Mr_____ to the nearby tree and lay him there. He then came to me, looked at me for a moment and gave a demonic snarl. He made me look at his face for so long that the horror made me forgot what was so devilish about the words he whispered next. The words that made me scream.

After the scream I passed out. By the time I woke up the dead man has already been identified.

Sohra (Cherrapunjee), Dec 17: In what appears to be the fifth of its kind, a body of a man was found near a the town’s main water reserve yesterday evening, bearing the unmistakable signature of a Sapling Killer. The man was found dressed in a white shirt while his chest was found tatooed with the famous sapling marking.

It was a cold evening. Winter has just seeped in. I finished my chores quite early today for I am supposed to meet the doctor at three in the afternoon. I was passing through the lonely lane far from the heart of the town. I haven’t seen the sun these past few days and the chilly wind has never ceased to bite since then. It was so lonely walking there all by myself and the more I think of it, the colder it became.

It becomes so cold that I had to pull the cloak tighter and I think I saw a movement somewhere near me. I turn to look around but saw nothing but gigantic white polythene bag fluttering by caught in a strong gust of wind….