You are here: Home / Suspense and Thriller / The Crimson Diaries-(Part V) 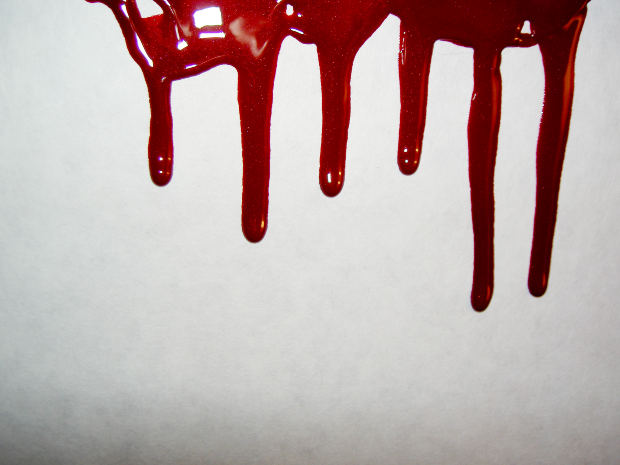 Treatment: Repeated shocks their direction being from cerebral to the inner cortex.

Duration between the first and second session: 7 days

The psychiatrist (Dr. Hembrem): so how are we felling today? Ibrahim?

Imtiaz: My name is Imtiaz, not Ibrahim you bast@$d, his mouth salivating from the excessive shocks that Hembrem had administered.

The psychiatrist (Dr. Hembrem): So tell me, Imtiaz how did you get caught? I mean after managing to get off for nearly a year, how did you suddenly get caught? Give me the answers if you’re prudent enough about yourself and want to get out of here as soon as possible.

Imtiaz in reply did not pondered over the matter very carefully and seemed to be going to a trance state and doctor realizing that slapped him twice, thrice but then he had already gone into a deep slumber.

Doctors state that Rajesh’s condition was caused by excessive tension and stress and advised him to have complete bed rest for a month or two. Rajesh found out the perfect way to find out his wife’s killer is to utilize this time and though he knew he had to be reticent and keep Nilanjana out of all this he also knew that with time everything would come to light. He had in his teenage years a personality disorder so he didn’t mind being called a sociopath once again. So he asked Nilanjana to move to her flat as it would not be a viable option to stay in Rajesh’s flat in this duration.

Nilanjana: I cannot leave you; I love you too much…

Rajesh: And I love you more than you do, that is why I’m asking you to move to your flat for the next 1.5 months cause I cannot lose you, otherwise I will die.

Nilanjana: I know, you’re having another affair, aren’t you? Please do not do this, and on an impulse she slapped Rajesh.

Rajesh: I do not wish to hurt you baby, I am not having an affair, and it’s just that I must avenge her death-otherwise I would never forgive myself.

Nilanjana: Why, if I had died I doubt if you go on such lengths to avenge me!

Rajesh: I would take my VRS and then find your killer the entire life span, until the time I die.

Rajesh and Nilanjana then touched their foreheads together and kissed and slept together for the last time little knowing that again this would be the last time they would be happy.

A complete paradigm shift occurred and Rajesh on a daily basis went out to lure the killer by himself acting as a bait. He put on his most expensive clothes and since this was his personal crusade, he wore everything that had a touch of Anjali.

**Within the next few days**

Sir, another body has been discovered in the Burrabazar area, that is the third one in twelve days and with the same phenomenon, he too has links to serial killing.

Bhardwaj: Then we can say for sure that someone from the victim’s families are targeting the serial killers. Let us go for a visit and also inform the Burrabazar police to keep the tabs running with us so that we may have a complete update of everything. Also according to me this new victim will possibly from Anjali, Ashish and the other victims’ family. Take my word Sundar (a constable).

The crime site was a real mess; it looked like someone killed with no ethics, feelings or regret. The man called Vijay had not been a hardcore killer but had killed on a few occasions and basically stole to earn his daily bread.

“Hi, got any leads?” boomed a baritone just behind Bhardwaj and turning around he noticed Inspector Roy, his arch enemy and also his good friend.

“Yes, positively these new killings are a result of any one of the victim’s families taking their revenge for killing their loved ones.”

Inspector Roy: Well, seems legitimate that both way our state is cleaned of unwanted dirt, isn’t it? What do you think?

Bhardwaj: I am developing some theory about these murders; let’s see how far it goes. And regarding the removal of dirt, which is our duty, not someone with a vengeance to take matter into their own hands.

The news reporters were piling up and not only Bhardwaj but many others like him were screwed by the media for not able to do anything regarding the increasing murders on the streets of Kolkata. On the other hand, we find Rajesh running seamlessly following someone which he thinks killed his dear Anjali. He (Rajesh) is for some reason dressed as an ice-cream wallah carrying those thermocol boxes, of late he had visited and roamed about in so many areas that he had to remove any reminiscence of Rajesh and totally be someone else. And yes out of so many options to dress like and camouflage himself, Rajesh chose that of a cheap ice-cream wallah towing around with those middle sized thermocol boxes.