You are here: Home / Suspense and Thriller / “SIR,I AM THE MURDERER…”- Psychological Thriller Short Story

Psychological Thriller Short Story – “SIR, I AM THE MURDERER…” 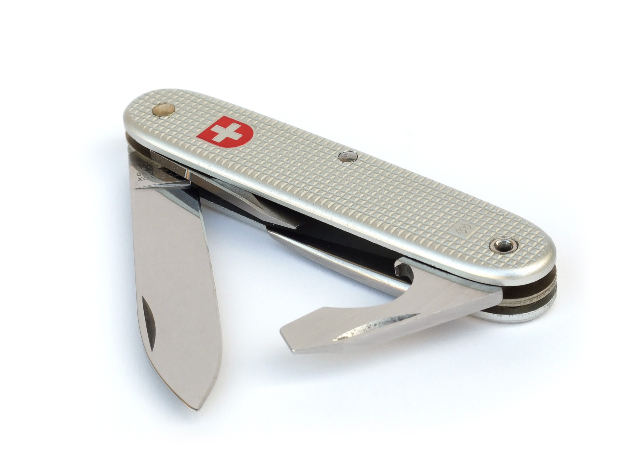 Psychological Thriller Short Story – SIR, I AM THE MURDERER…

“Sir, I am a murderer.” She was trembling while saying this. She was sitting in our police station, opposite to my table. She was there to surrender herself. I was the in charge of the police station.

She was a beautiful lady of about 22 or 23 years, had long hairs which were maintained really nicely, wearing pink shirt and dark blue jeans, had sunglasses on her eyes. She was looking from a nice and rich family.

“Who did you killed?” Well I asked her after taking a long pause because her first sentence was not really expected or if I talk frankly, I was lost in her beauty.

“I have killed 3 people.” I was really surprised to hear that. A girl, so pretty, can kill 3 people and also committing it in front of police. The whole thing was a bit unusual for me.

“I have killed my Gardner, my driver and ……..” She paused a bit and started to sob. “And my mother.” She started crying hard. I gave her water and she started to take sip from that glass.

When she controlled her emotions, she continued to talk. “Please I beg of you, please arrest me otherwise I will kill someone else also.”

“Why did you kill them and why will you kill others? Mam………. What’s your name?”

“Shilpa.” She was still sobbing.

“Shilpa, why did you kill them?”

“Shilpa, I am not getting it. And I cannot arrest you without any complaint and without seeing the body of the dead people you are talking about.” She was looking very tense to me. So I continued, “Shilpa, where are the bodies?”

“I dug them in my garden.” She was not looking like fake but what she was saying was even not looks to be believed.

I decided to go to her house. I took two constables also with me. When we reached her house she took us to her garden and told us the places where the body of the gardener and driver were dug. I commanded the constables to take the bodies out.

“Where’s the body of your mother?” I asked Shilpa.

I started to follow Shilpa. She took me inside the house and then stopped in front of a dark room.

“Inside. My mother is lying inside.” She started to cry again.

I slowly started to move inside the room. The room was so dark that it was difficult to see anything. I had one torch with me so I decided to turn that on. I searched the whole room but the room was empty. Then I saw one room which was closed.

I opened that room. And got shocked to see that there were three bodies lying inside the room. Two men may be Shilpa’s gardener and driver and one old lady may be her mother. I was wondering why Shilpa told me that bodies are out there in garden.

“Ahhhhhh………” Someone stabbed me from behind. I turned around. I was shocked to see Shilpa standing with a knife in her right hand covered with blood of mine.

“Why?” I asked her in a trembling voice.

She came closer to me and stabbed in my stomach and said, “Because, it’s fun.”

I fell on ground and she took my gun and rushed outside. I heard two fires. She killed my constables also

I saw her last image standing in front of mirror, combing her hairs and singing song………….