You are here: Home / Suspense and Thriller / FLUID VENDETTA 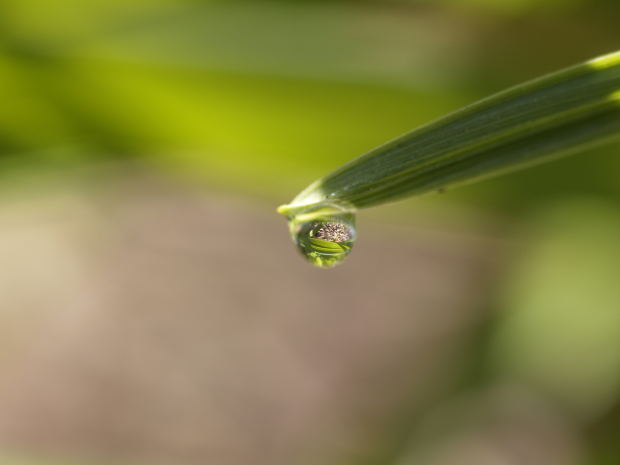 I firmly believe that environment can drastically change or motivate change in a person. For instance, sitting at my desk, gazing out my window into the trees provides a solemn comfort for my uneasy suspicions about my estranged wife. The humidity encourages my beer to sweat beads onto the desk, much like the rain does to the trees on the outside.

I’m quite happy now, actually. My garden is soaking up some good rainfall, my lawn looks fantastic, and I just made two grand on a round of golf with the guys. My mood is never stable though, and it can be changed or altered, or motivated to be changed or altered by almost anything in my environment. I’m serious, some of the stuff that happens is wild.

As I brought my beer down to it’s last sip, my cell phone rang and I answered it, no one spoke at first. Then I heard thunderous roars of the wind, and a human voice, low but significant. The voice grew steadily becoming a shriek. I lost hold of my cell phone and my own self too. In no time was I amid a swirling whirlpool, a whirlpool not only of water but of memories, old and new, bad and good blurred due to the three-sixty degree presence of water. “My home, office, garden all gone, where am I, a whirlpool in the hot month of May.”Then a sudden change in environment-the roars calmed, the water receded and took shape of an extraordinarily magnificent and huge creature which bowed in front of me. I was taken aback and scared to death.

“I am SCRUELIER, the mayor of the king of the water giants. I am here to help you.”

“Please I just want to go back to where I was. That’s the only help you can offer me.”

“Live with us, with the future. Why you want to go back to the land, which has just given you painful memories, solitude, dejection and will eventually be a thing of the past.” I was totally perplexed. The thoughts of me and my wife, our quarrels, our failed marriage, my beer, were frightening but this was maddening, unbelievable. Many a times I have wanted to drown in the city river and get rid of my sorrows, this does seem promising, finally I will be the bigger one, have control over the ever-changing environment which, mostly is the sole cause of my mood swings. Instead of sitting in a closed room like a powerless man, I would be out in the world scaring people with my power. I was having an adrenaline rush and lost control over my senses for what seemed like a split second but maybe was not. As I gained control and saw Scruelier ogling me scarily, I accepted his offer.

While we were going to meet the King-the OCEAN GOD he told me about how all of this began. I, on the other hand was trying to bring the whirlpool within me to rest. We were underwater, my hands were stuck to his amoeba-like body and we were swimming like mermaids.

“It all started with the tsunami that had hit the shores of the Indian Ocean a year ago. A young man, Philip, intelligent, smart and rich was left paralyzed-socially, emotionally, financially, physically and mentally by the apocalypse. Many were rescued but not him. Distraught, he meditated for a month continuously without food and water. Then within him arose a divine power through which he seeked to control the environmental element which had completely annihilated him and his life. He thus rose to power and became the OCEAN GOD. There are seven oceans and he needs seven mayors-one for each ocean, right now there are only two. His inner, divine power enables him to find the right mayor for each ocean. Basically he looks for distraught men, who have nothing to lose and finds his own way to reach them. Let’s see which ocean he assigns you.”

Totally unaware, perplexed, I decided to just go with the flow. After all, I had nowhere else to go. Begging for mercy didn’t seem a good idea. They say life is an adventure, I now know it’s true sanctity. We reached a dead end. All I could see was a tiny hole, big enough only for a lizard. “What would happen next? Where would I reach?” All these questions boggled me but I had stopped thinking as whatever had happened in the past few hours was beyond the comprehension of a layman. I had become numb, was just partly conscious, took in whatever came to me with a pinch of salt. The giant Scruelier had shrunk to a glowing royal blue water drop. That drop abruptly entered my nostril, making me uneasy, itchy, dizzy, nauseatic all at the same time. My body disfigured, becoming amorphous and I too eventually transformed into a drop. I entered the hole and for a moment I was dumbstruck, I saw my estranged wife, Rose, the rest was a blur.

“Louis…. hmm, hi… you too here…”, she fumbled. Our eyes couldn’t meet, the world had come to a stop as I looked at the woman I loved after five years, possibly at the weirdest place in the universe. Just then I heard a slamming noise, the hole was actually a dry prison where many others too were trapped. There was no water. Here people only drank beer or rum. They were so close to water yet so far. People were ill, fragile, dying.

Philip wanted to deprive the world, the people, of the environmental element which had destroyed him. He hunted for estranged families, brought them here and left them to rot together. It was his revenge.

This was his answer to God, water, his family that had left him after the tsunami and all those people who did not come to his rescue. Philip had re-borne as Scruelier to seek vendetta against everyone. He always played the same game, told the same story to poor, vulnerable people and trapped them here to rot without water. With this realization I came back to my senses and regained complete consciousness. I looked at the pathos of the people. I knew that my days are almost over. I didn’t know how to survive this. Now is the time to look back and undo some wrongs. I looked at my wife, who was sitting in a corner. She had changed much due to age, our separation and as well as due to the current crisis. But she still had that innocence in her eyes, the very same innocence that made me fall in love with her. I went to her and just hugged her tightly with the same love as I did before, the time to talk being long gone; we just stayed in each other’s embrace, with me stealing a glance at her now and then.

As we lay in each other’s arms hoping for another supernatural miracle to save us all, I thought about our wedding vows, with the vow, “Till death do us apart” reiterating faintly in my mind and heart….

It was a bright sunny morning, John was staring out of the window sipping his beer slowly and thinking about his estranged mother who left them ten years ago for a wealthy industrialist….