You are here: Home / Suspense and Thriller / THE TRUE PATRIOT 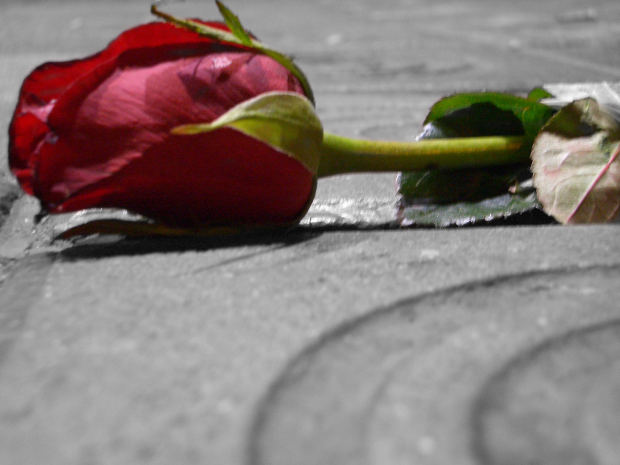 Beads of perspiration rolled down his temples as he tirelessly took photographs of the bulky lab reports. The tiny Minox II camera he used was no bigger than a cigarette lighter. And the microfilm was as big as a one cent coin.

His name was Heisenberg. Professor Randolph Heisenberg. He was the head of Nuclear Armament division at the Fort Mackney Atomic Research facility. He was dressed in white laboratory coat, the standard uniform for all the scientists working at the facility. The main function of his division was to make nuclear tipped missiles using the spent uranium provided by the power plants from all over the United States.

The knowledge he had about the production methods and techniques of nuclear weapons manufacturing was second to none.

During the day he guided the scientists and the physicists in their quest to develop more and more ghastly nuclear weapons. But during the night, he photographed vast quantities of classified nuclear weapons technology which he later handed over to a Russian shopkeeper living five blocks away from his apartment.

He had been spying for the Russians for the past three months. So far he had handed them about five hundred microfilms. Five hundred microfilms of top secret technology. Each microfilm contained some three hundred pages. Nuclear test results, core fission data, material and safety reports, missile warhead details. Everything.

Each Monday morning he would go to the local park, and would wait at the dewy wooden bench, with a fake dollar coin in his pocket. The dollar coin would be hollow, with the microfilm neatly placed inside it. He would drop the coin onto the ground and then walk away. A Russian guy named Zychovich Matlev would come and collect the coin. The microfilm would be flown to Moscow within a week.

Heisenberg took the photograph of the last page. The entire 250 page report had been copied. He quickly stuffed the camera inside his lab coat. Then carefully, he sneaked out of the room and took the stairs to his office. Once he was in the safety of his office, he took out the camera and put it inside his briefcase.

Next morning he woke up early. He showered quickly and had an even quicker breakfast. He switched off the lights and in pitch darkness, carefully extracted the microfilm from his camera. He then put it inside a hollow dollar coin which the Russians gave him.

Five minutes later he was sitting on the wooden bench at the park. The morning was chilly and the remnants of the fog still hung in the air. He checked his watch. His Russian partner had never been late before. It had been fifteen minutes past the decided time.

“Put your hands up in the air,” a loud voice came in from behind him. He looked around and saw three special service agents with their guns raised at him.

He then understood why the Russian did not come.

He did not say a word as the officer frisked him.

He did not flinch as the handcuffs were put around his hands. He showed no expression at all. No fear. No sadness. No anger. Nothing.

Five months later, in the small discussion room at the New York Courthouse, a death trial jury of twenty experienced jurors discussed the case. They were about to declare their judgement on the State vs Heisenberg case.

The case had been sensationalized throughout the nation. Each and every person in the country knew about the Director of the Nuclear Research Facility who had sold U.S. technology to the Russians. Entire country was filled with hatred towards him. They blamed him for every news they heard about the Soviet advancement in the weapons technology.

In the courthouse, Philip Mark, the attorney for Heisenberg was becoming more and more nervous.

He whispered into his client’s ears. “Please let me tell them. You can still make it.”

“I don’t want to.” the scientist replied.

“They are going to send you to the electric chair, Professor. Why don’t you understand?”

“Do you think they give a moment’s thought to whether I accepted the Soviet money or not?”

“But we must still try.”

“We could have at least spoken to the public. They don’t know why you did this.”

Silence fell upon the large hall as the jury entered in.One of them handed slip of paper to the judge. They sat in their assigned places.

The judge cleared his throat and spoke. “Mr. Randolph Heisenberg, hearken now to the sentence the Court imposes upon you. This court finds sufficient evidence to sentence you to death penalty under Section 2 of the Espionage Act of Section 2 of the Espionage Act of 1917. The sentence shall be constitutionally carried out by the New York State Prison. The sentence shall be carried out by the means of electric chair.”

Heisenberg did not as much as move a muscle.

The judge continued “I consider your crime worse than murder. I believe your conduct in putting into the hands of the Russians the atom bomb years before our best scientists predicted Russia would perfect the bomb has already caused, in my opinion, the Communist aggression in Korea, with the resultant casualties exceeding 50,000 and who knows but that millions more of innocent people may pay the price of your treason. Indeed, by your betrayal you undoubtedly have altered the course of history to the disadvantage of our country. No one can say that we do not live in a constant state of tension. We have evidence of your treachery all around us every day for the civilian defense activities throughout the nation are aimed at preparing us for an atom bomb attack. This court is adjourned.”

The defense attorney was disappointed. He was defeated.

“We can still appeal,” the he said to Heisenberg. “We can appeal to the New York Supreme court and then even the United States Supreme court. It will be alright.”

Heisenberg shook his head. “I did what I had to do. It was supposed to be the last of them.”

“The microfilm,” Heisenberg said. “I was supposed to deliver the last film that day. Anyways, Mr. Mark, it had been nice working with you. You did what you could do.”

Prof. Randolph Heisenberg was executed on 25th March, 1949. He had his last meal of baked potatoes, steak and onions and a cheesecake with cherry topping. He was calm and composed throughout.

His last words, before being strapped to the electric chair were — “I did it for you. I did it for the world.”

No one understood the true meaning of the words except his lawyer, Philip Mark. Entire America rejoiced at the radio bulletin announcing his death, while Philip Mark mourned it.

He could still remember the conversation he had with Heisenberg days before his conviction.

“How will selling nuclear technology to our enemy bring peace to the world?” Philip asked.

“You don’t understand. If we have atomic bombs, and the Soviets don’t, then the world would be imbalanced. We could threaten them, we could fight them, we could oppress them. We could go to a war with them. But if they also had atomic bombs, then we would think twice before doing anything. And they would think twice before doing anything. There would be lots of tension, but there would be no war.”

“Look,” Heisenberg said. “Soviets offered me 70 million dollars for the job. They offered me a big house in Moscow, a car, a government job. How much of it did I take? Nothing. I didn’t even touch their goddamn money.”

This time, Philip was convinced.

The bomb was named RDS-1. The design was very similar to the first US “Fat Man” plutonium bomb, using a NT/hexogen implosion lens design. RDS-1 also had a solid plutonium core with a energy output of 22 kiloton.

The bomb was internally code-named “Гейзенберга”. It is Russian for “Heisenberg”